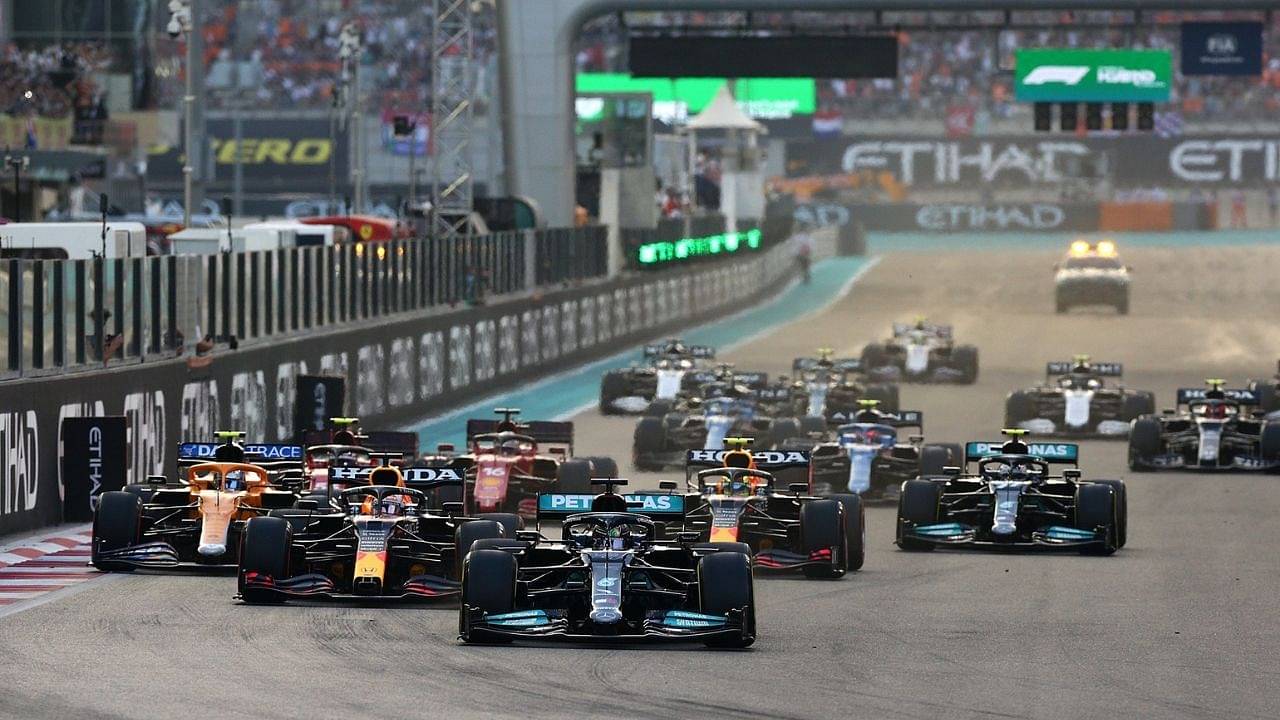 Formula 1 is a racing spectacle and the production behind capturing a race is nothing short of a technical marvel.

Formula 1 is the pinnacle of motorsport as it uses the world’s leading technologies to create the most engaging racing experience in a single-seater.

A lot goes into creating an F1 race to keep the fans going and grab the attention of the spectators. From the track to the design of the car, from high-speed cornering to strategies, everything in the sport requires high-tech equipment.

Helmet cameras have come a long way in F1 😅 pic.twitter.com/7jSf2wb6gg

The same goes behind filming the race for viewers. Filming an F1 race includes helicopter shots, dash cams, helmet cams and several other fixed cameras around the track.

Let’s dive into the details of how these cameras provide an immersive experience for viewers by capturing tiny details of everything.

Read also : The Ferrari star has cars in his garage worth $7 million

The first cameras on the list are helicopter cameras that hover around the tracks. This is probably the most expensive camera on the circuit. Whether capturing an overview shot of the circuit or following the action of all the cars on the track, helicopter cameras ensure an immersive experience for spectators.

As the helicopter continues to move, the onboard cameras use an advanced stabilizer to eliminate any bumps in the shot. The camera is connected to a control panel which is operated by a professional seated next to the pilot.

The operator and pilot work as a team to achieve the perfect angle by constantly communicating where the helicopter needs to be to give the audience context of the race.

Two of these cameras are placed in the T-shaped housing just above the driver. One of them is pointed forward while the other captures the rear of the car.

The others are placed on the nose and the frame. The fun fact is that, combined, these cameras weigh less than four pounds.

Then finally comes the cable cam. This camera is located between the pit lane and the finish straight. It is attached to a set of cables that can travel at over 130 km/h.

These cams are primarily used to track cars as they enter or exit pit lane. It also captures details of the car before it drives off after lights out. These cameras are commonly referred to as camcats and are also used in the Olympics.

One of the most important cameras in F1 is the track camera. There are about 25 of these cameras around the track. Although this number may vary from track to track.

Trackside cameras help viewers understand the location of cars on the track. Without these cameras, it would be impossible to cover the race. Especially when there are multiple things happening around the track.

High-tech slow motion cameras are combined with ground cameras. These are positioned on the key parts of the circuit. The footage from these cameras is strictly used to replay the footage and give the audience a detailed picture of a certain incident on the track.

F1 uses a super advanced slow motion camera that can shoot up to 5850 frames per second.

Next are the specialized cameras that are mounted around the circuit. These include multiple cameras embedded in the track, five roving cameras in the pit lane to capture activity.

Interestingly, there is another camera which is mounted on top of a scissor lift. These are usually placed at the end of the opening straight.

To operate them, an operator goes to the top of the scissor lift. It captures a unique image as the cars rush around the first corner of the race.

In total, around 126 different cameras film a race during a Grand Prix weekend.