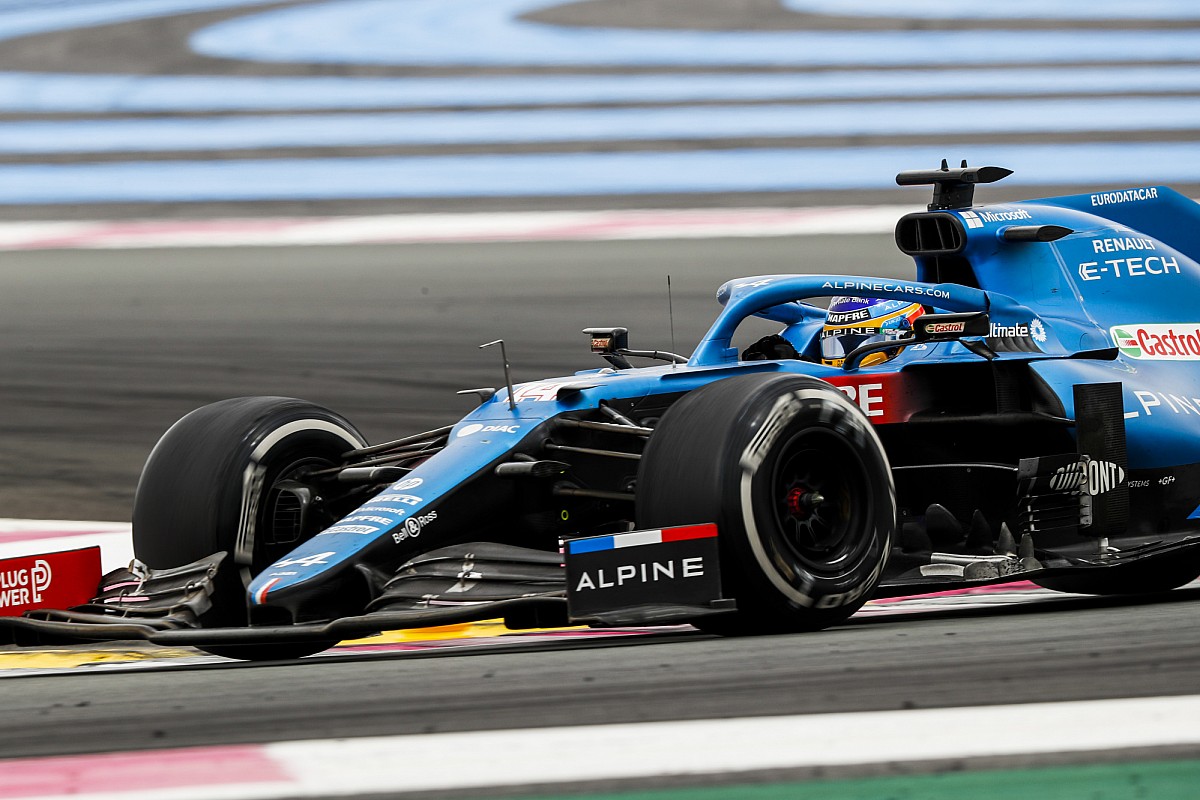 Alonso back to his best after F1 absence

Like other top drivers who have joined new teams for 2021, Alonso has admitted he needs time to level up, his absence from F1 making his job even more difficult.

Prost, who missed the 1992 season before returning to win the world championship the following year with Williams, acknowledged how difficult it is to level up after a hiatus.

â€œI still remember when I stopped for what was actually only six months in 1992, how difficult it was to come back,â€ Prost told Motorsport.com.

â€œIt’s a new car, a new team, and I haven’t been driving F1 for two years either. He had more or less the goal of the GP of France, saying “Okay, I need four or five races”. It’s nothing special, it’s a normal way. Now he’s back for sure.

Prost admitted he was struggling to adjust after returning from his hiatus in 1992.

â€œYes, because the first tests were different, it was difficult physically, physiologically. Sometimes you’re a little surprised that you can do it. And you need time to get everything right. Automation, and vision and things, I found it difficult.

“So I realized how difficult it must be for someone like Fernando who hasn’t been in F1 for two years. And then you only have a day and a half of testing with the new one. car, with all the systems you need to understand.

â€œI don’t know if age is a criterion. But in Fernando’s case, he’s very strong, he’s still in good shape. It’s more the fact that it’s normal to drive F1, the best car in the world. If he was at the top right away, that wouldn’t be right, honestly. “

Prost admitted that Enstone’s side struggled to understand why Alonso had a good run at Paul Ricard while teammate Esteban Ocon passed out in 14th place.

â€œFernando had a good race, a good result. We could have done a little better, because he was catching up, but it was difficult to overtake. We didn’t have a good pit stop. Everything must therefore be improved. “

â€œEsteban had more problems with the tires. It was not a good result, not a good race for him, but it looks like some cars from different teams had similar issues as well.

â€œIt’s really, really hard to figure it all out and solve it, because sometimes it starts out as a little problem and then it gets bigger. We do not know. But that’s really not what we expected in terms of tires. It’s the same for Ferrari, it is according to the cars, according to the pilots.

Prost added that Alpine’s overall form this year has been affected by the postponement of the new regulations from 2021 to 2022, as the former Renault team made choices that jeopardized the current package.

â€œWe had to postpone everything for a year. So for us it is difficult, we have extra pressure because we have not improved the car and the engine as we are waiting for next year.

“So it’s no surprise that we’re not completely at the top. Everything is falling into place, but it’s still a long way to go, that’s for sure.”

Breland Ridenour of Omaha in the race for GOP governor | Nebraska