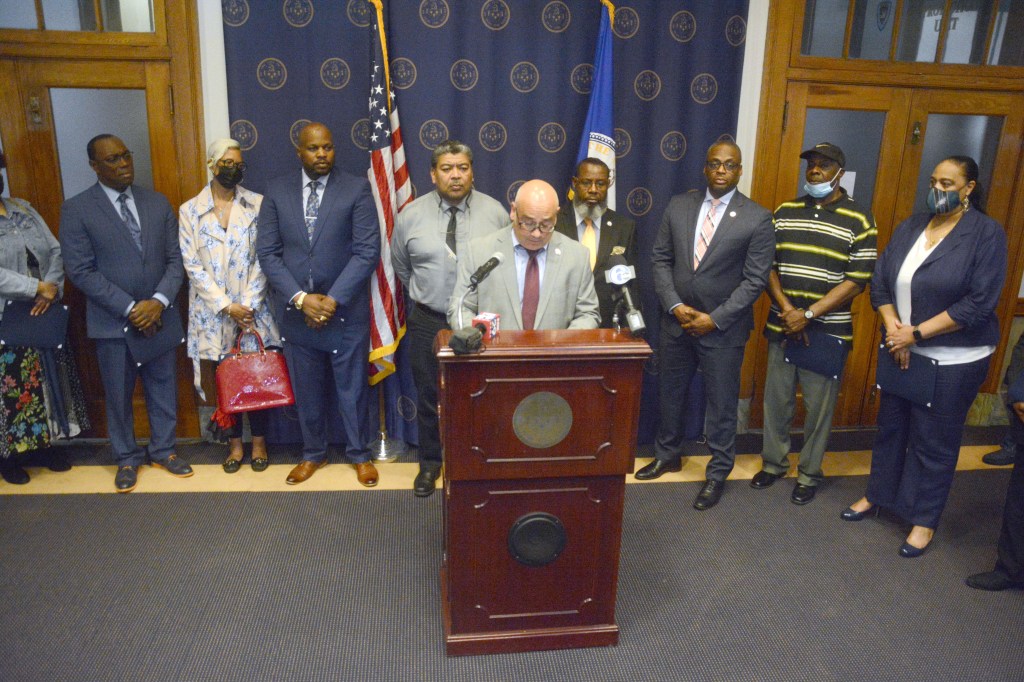 As our nation faces another racially motivated murderous rampage with vigils occurring in many cities and towns, disappointment is surfacing for a lack of empathy and response in Trenton and other places across County Mercer.

This miserly silence reflects a disconnect from the pain and suffering felt directly in Buffalo and residually elsewhere – including here.

When like-minded people, those who believe in equality, justice, freedom, and nonviolence, disengage, racism, bias, and prejudice rooted for centuries in United States history stand like weeds.

Interestingly, Princeton President Christopher L. Eisgruber said on his blog, “Our hearts break for the ten people killed and three others injured by a racist shooter at a Buffalo grocery store last weekend. The anguish caused to the victims and their families, as well as the wider black community, is both unfathomable and yet all too familiar. It is outrageous, unjust and intolerable.

Hopefully the angst felt by the wider black community extends to the wider white community. The tragedy at Sandy Hook Elementary that claimed the lives of 20 children and six adults caused anguish for most.

“There are those who wish to propagate notions of racial superiority. If we hadn’t seen this spoken and staged, we might have thought the idea of ​​such a resurgence far-fetched, even absurd. After all, an enlightened nation would never put up with it. But this dangerous turn is real and should cause us to straighten up, take stock of how we are focusing on improving our diversity efforts, and recommit to working hard to foster mutual understanding. Every institution, every individual, and every community must focus on fostering the relationships between people that allow us to live peacefully in a world filled with competing goals, conflicting opinions, and diverse histories.

As our nation continues this maddening issue of racial discord, perhaps these issues don’t exist exclusively in black and white. In fact, the late Toni Morrison, Nobel Prize, Pulitzer Prize, and Presidential Medal of Freedom recipient considered race, in terms of color codes, an invention.

Morrison married: “There is no race. Racism is a construction; a social construct. And that has advantages. Money can be made from it. People who don’t like themselves can feel better about it. It can describe certain types of behavior that are wrong or misleading. So [racism] has a social function. But the race can only be defined as a human being.

I found myself in this difficult state of apnea this week, hoping that Trenton Mayor Reed Gusciora would say a word not just about Buffalo, but even about our city’s racial discord.

Gusciora held a press conference to announce the creation of an advisory committee to formalize relationships between city officials, community members, and residents on crime and other public safety issues.

The mayor said the 11-member body represents the largest public safety advisory committee in the state.

Named the CHANGE Committee (for Citizens’ Health And Neighborhood Growth Engagement), this group includes clergy, activists and business owners – and no whites, Caucasians or other social constructs operate in this capital.

The message conveyed asserts that white people have detached themselves from the violence, blight, poverty and conditions of black people and others, that they have no voice or responsibility in the current state or repair of Trenton.

If insulted hearts can rise dry, then mine has swung to this compromised state.

A return to President Eisgruber’s message offers an interesting opportunity for reconstruction.

“The anguish caused to the victims and their families, as well as the wider black community….”

Just remove ‘Black’ and pray for the day we reach the Promised Land of being human and equal.

LA Parker is a Trentonian columnist. Find him on Twitter @LAParker6 or email him at [email protected]