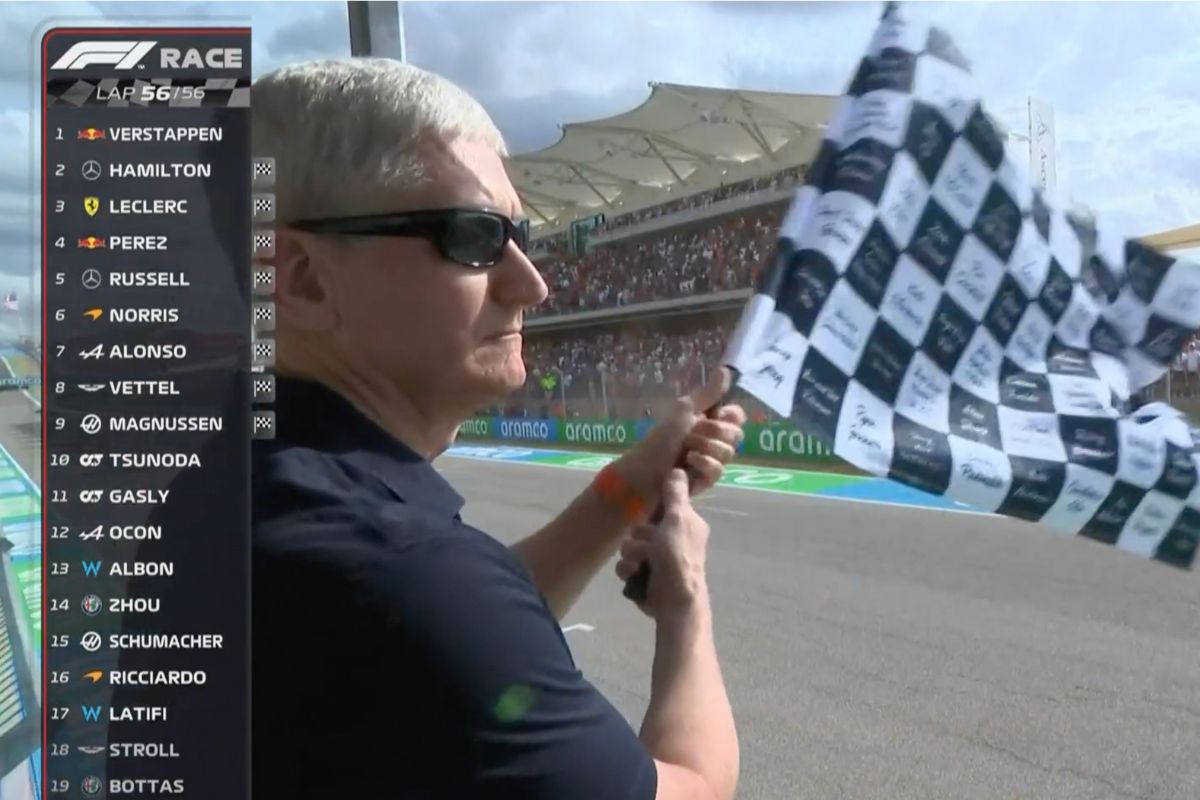 Apple CEO Tim Cook waves the checkered flag during the Formula 1 United States Grand Prix at Circuit of the Americas in Austin, Texas.

Cook spent the weekend in the Grand Prix Paddock with Brad Pitt, who will star in an upcoming film for Apple TV+ about Formula 1.

Pitt will star as a pilot coming out of retirement to compete alongside a rookie pilot against the titans of the sport.

Tim Cook waving that flag like he should touch a Windows PC 😆 pic.twitter.com/Y2BQfm32Em

Throughout the weekend, Pitt was seen in the Mercedes garage with Hamilton, as well as McLaren. He recently met with all team bosses and Formula 1 CEO Stefano Domenicali to discuss the project in the paddock hospitality area and potentially ask teams to provide cars as props.

The film’s release date has yet to be announced.

When and where will the next F1 race take place?