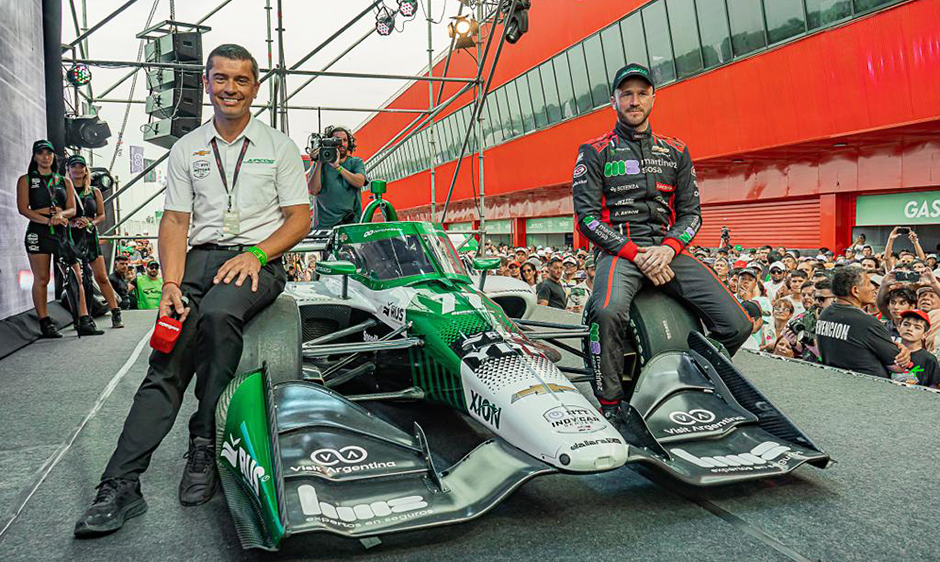 Ricardo Juncos said he even underestimated his fellow Argentinians’ passion for motorsport during Juncos Hollinger Racing’s promotional trip to the country this week.

The NTT INDYCAR SERIES team was featured in a series of high profile events, highlighted by a festival at Circuit Termas de Rio Hondo, a road circuit where MotoGP has raced since 2013.

“Yeah, that was crazy, man,” Juncos said Thursday before returning to Indianapolis, where the team he shares with Brad Hollinger is based. “We did the show yesterday, a Wednesday, in the middle of the week, and there was only one (one NTT INDYCAR SERIES car) on the track.

The two-hour event, which had a carnival-like atmosphere with music and activities accenting the laps on the track driven by Argentine touring car champion Agustin Canapino, was streamed live on the team’s YouTube channel. .

Juncos formed Juncos Competition in Argentina in 1997. After moving to the United States in 2003, Juncos progressed the team through the various open-wheel divisions before debuting in the NTT INDYCAR SERIES with two cars in the 2017 Indianapolis 500 presented by Gainbridge.

This year, Juncos Hollinger Racing fielded rookie Callum Ilott in a full-season effort, and they started in the front row for the season-ending race, the Firestone Grand Prix of Monterey at WeatherTech Raceway Laguna Seca.

This promotional tour began with the Juncos Hollinger Racing car exhibited last Friday evening at the famous Michelangelo restaurant in the capital Buenos Aires. The team was then on track as part of a race weekend at the Buenos Aires Circuit, with more than 50,000 people seeing an NTT INDYCAR SERIES car at speed for the first time since 1971.

And get this: Juncos said many of those people couldn’t even see the car finish its demo laps.

“Three hours later, people were still arriving because they couldn’t come (earlier),” he said. “We had finished (racing) but they came anyway, three hours later, just to take a picture of a car (NTT INDYCAR SERIES). It’s amazing.

“(The fans) in Argentina are fanatics; they go crazy for car racing.

Canapino, 32, has won several touring car championships in the country and is “Argentina’s most popular driver”, according to Juncos. The team principal said Canapino was “fantastic” in the car as expected, and he hopes to have him drive for the NTT INDYCAR SERIES team in the future, especially if the country lands a race on the schedule.

Canapino drove with the Juncos sports car team in 2019 in the Rolex 24 At Daytona and 12 Hours of Sebring.

Juncos said the goal of the week-long event in Argentina was threefold, starting with the opportunity to show an actual production car to people who last saw one live when Al Unser won the Indy 300 held in 1971 at the Rafaela Autodromo, an oval track opened in 1953.

Juncos also wanted to honor the Argentine corporate sponsors of the team while offering NTT INDYCAR SERIES officials a chance to view Rio Hondo’s Termas circuit so it could be considered for series racing in the future.

Juncos, whose staff organized the trip, said everything went according to plan.

“I think we’ve accomplished everything,” he said proudly.

Seat in the United States Senate in 2024

Frankel’s fee soars to £275,000 after another eye-popping year | Bloodstock…