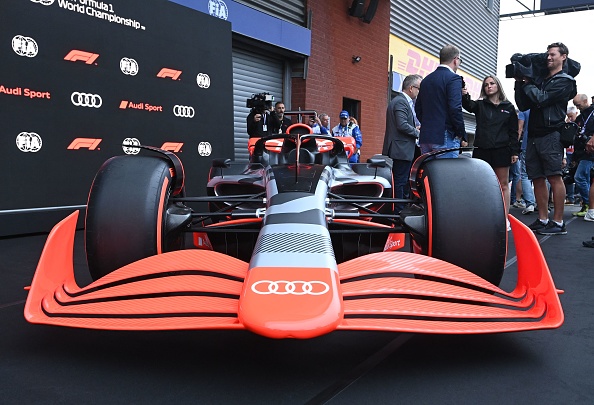 German car giants Audi have announced their entry into F1 from 2026, the same day Alfa Romeo “communicates[s]» the end of their partnership with Sauber Motorsport.

Audi has ended speculation by confirming its entry into Formula 1 from 2026, as a powertrain supplier.

An F1 car bearing the ‘four rings’ logo was unveiled by representatives of Audi Sport at Spa-Francorchamps this morning ahead of the weekend’s Belgian Grand Prix. The announcement comes a week after Porsche – which, like Audi, is part of the VW group – gave its biggest hint yet of a return to F1, also for 2026 – the year when new group regulations powertrains will come into effect.

Audi has never participated in Formula 1 in any form, but its position in motorsport is high. World rally champion in the 1980s, her most notable achievement was endurance racing, notably the 24 Hours of Le Mans, which she won thirteen times in eighteen years. The company recently took its first steps into single-seater racing in the form of Formula E, becoming constructors’ champions in 2018, a year after Lucas di Grassi won the drivers’ title for the team.

Shortly after Audi’s announcement, Alfa Romeo issued a statement announcing the end of their partnership with Sauber Motorsport at the end of next season. Rumors had previously swirled that Audi could team up with McLaren, but speculation is now fueling that the Swiss outfit will become their first customer.

Alfa Romeo announces that its partnership with Sauber Motorsport will end by the end of 2023.
As the brand’s economic and industrial recovery comes to an end in 2022, Alfa Romeo will assess among the many opportunities that fit with its DNA. https://t.co/wDCVFEYUIc

Since entering Formula 1 in 1993, Sauber has forged partnerships with Mercedes-Benz, Ford and Ferrari (who supplied engines between 1997-2005 and 2010 to present, alongside the Alfa Romeo moniker). Their most successful period was between 2006 and 2008, when a majority stake in the team was purchased by BMW, and their engines helped them achieve the team’s only win to date. That victory came to Canada via Robert Kubica which gave him a springboard to mount an unlikely challenge for the title and finished the season in 4th place.