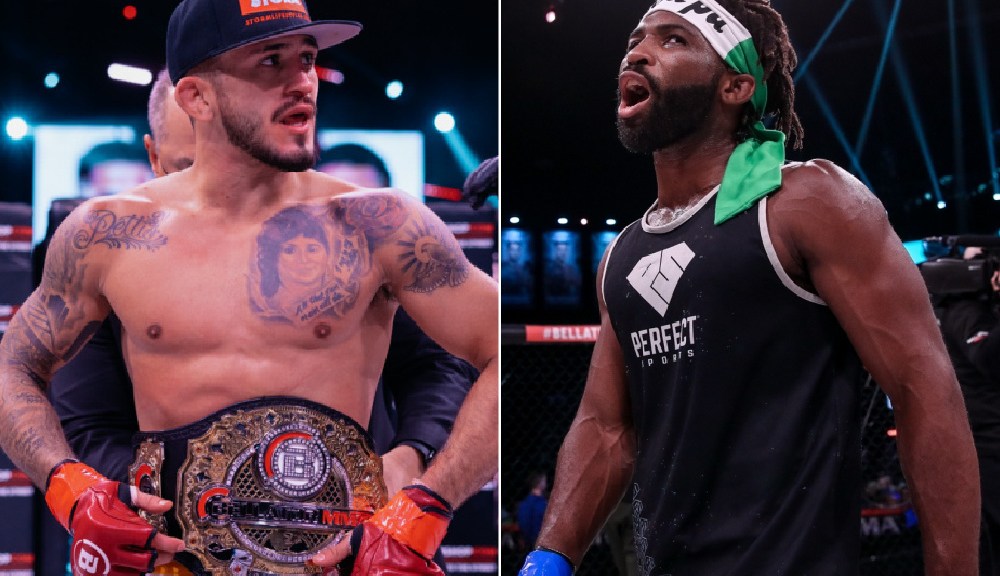 Bellator returns to Hawaii in a big way.

The promotion returns to the Islands for a pair of back-to-back events at the Neal S. Blaisdell Center for Bellator 278 on April 22 and Bellator 279 on April 23. The events will include several title fights as Cris Cyborg (25-2) is set to face Arlene Blencowe (15-8) in a featherweight championship rematch and Sergio Pettis (22-5) will face Raufeon Stots (17- 1) as part of the $1 Million Bantamweight Grand Prix. MMA Junkie has confirmed the news following an initial report from KHON2.

Bellator was last in Hawaii in December 2019, when the promotion aired Bellator 235 and Bellator 236 on back-to-back nights.

Although no fights have been announced for Bellator 278, the Bellator 279 card is stacking up with a solid lineup. In addition to title fights, Kyoji Horiguchi (29-4) will face Patchy Mix (15-1) in a Bantamweight Grand Prix first round match and Hawaii’s Ilima-Lei Macfarlane (11-1) returns to action to meet Justine. Kis (7-5).

Photos: The best of Sergio Pettis

Photos: Cris Cyborg through the years

Don Martin: A nasty fracture surfaces as the Tory leadership race kicks off