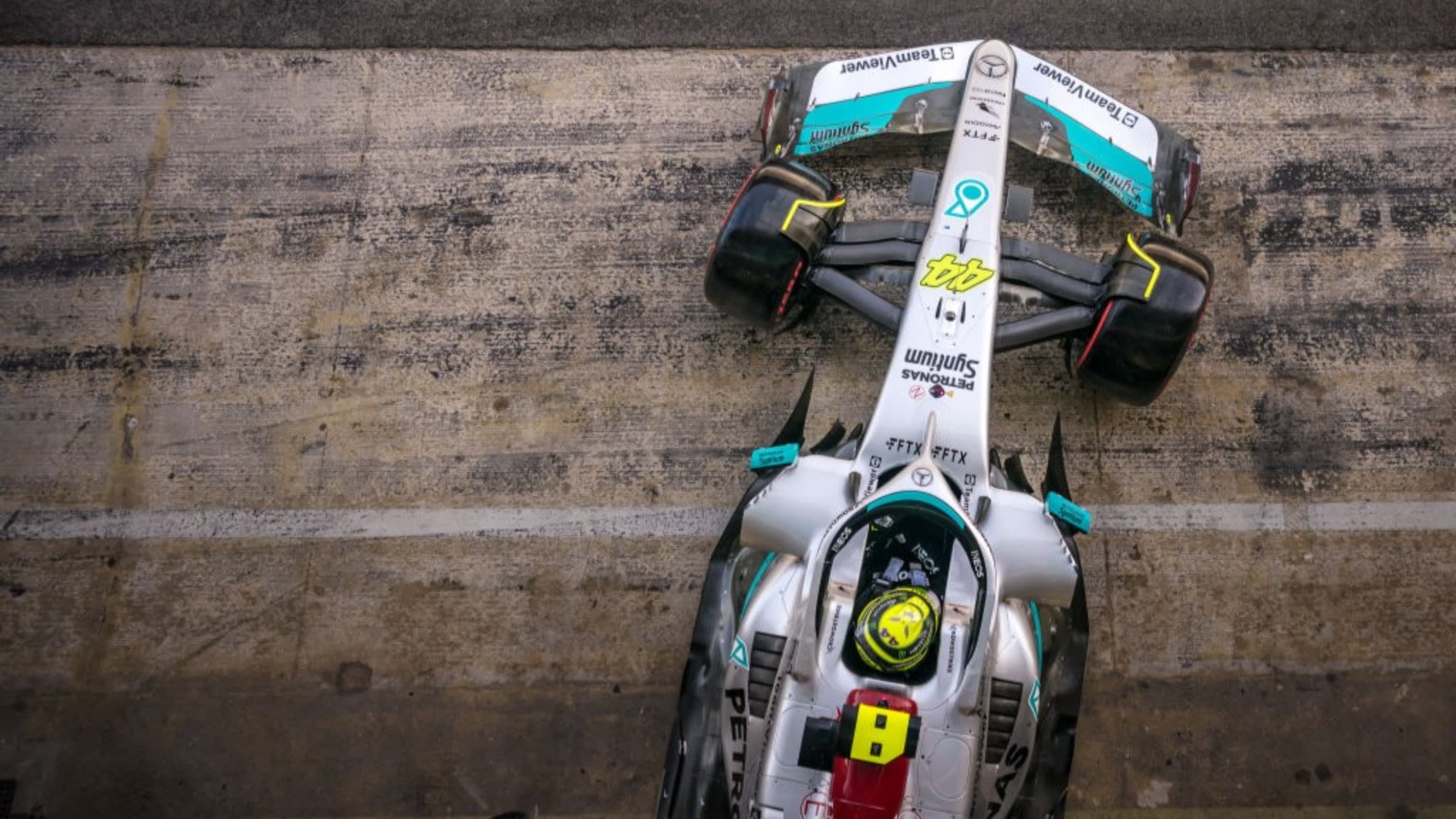 There was hardly anyone around going through Silverstone’s main gate and onto the bridge in the infield early Thursday morning. Come weekend, however, it will be very different, with a record 400,000 fans expected over three days.

In many ways, it was the calm before a potential storm – but one on track, rather than in the sky. Before the season, it was hoped that Ferrari would join the title fight this year and make it a three-way fight with Red Bull and Mercedes. They only held their end of the bargain only for reigning world champion Mercedes to back down.

READ MORE: An all-British Mercedes lineup and Leclerc on the attack – 5 scenarios we’re excited about ahead of the British GP

But after an upgrade at Barcelona Mercedes have shown the potential to get back into contention, and with a major new package for Silverstone – where they traditionally bring an impressive suite of updates – combined with a slick surface that should soothe their bouncing misery, and a track layout that plays to the Silver Arrows’ strengths, it’s widely believed this could be a great weekend for the team.

“It’s always exciting to come to Silverstone, my home race,” said George Russell, who is the only driver to finish in the top five in every race this season, when we chatted at Silverstone on Thursday. “As a team, we have plenty to be intrigued and excited about. We’re certainly not getting carried away. On paper, it should be a more competitive weekend than what we’ve seen recently.”

Seven-time world champion team-mate Lewis Hamilton added: “It’s always nice to have improvements. The amount of incredible work that goes on behind the scenes is overwhelming and phenomenal to behold. People are delivering and it’s always a big push to bring these components under the current circumstances. I’m very proud of everyone, very grateful and I hope it goes well.

The favourites, however, are Red Bull – winners of the last six events and carrying the kind of momentum they last showed in 2013 when the Milton Keynes-based side won their fourth double championship on the rebound. The RB18’s supreme straight-line speed will make Max Verstappen once again a potent force, especially as it features even more upgrades, with the Dutchman looking to extend his already healthy 46-point championship lead.

Unsurprisingly, he played it all down – even saying his five-out-of-six win streak is ‘nothing to celebrate’ because all he really cares about is being at the top at the end of the season. . But he spoke in a tone that belied some confidence in his chances of continuing his fine form. “It’s a little too early to tell at the moment. [about the threat from Mercedes and Ferrari],” he said.

“Every race weekend has been a little different in terms of the gaps between certain teams. From our side, we’ll just try to do the best we can here. We know what we have with the car and [we will] just try to optimize everything. But it’s also a single track layout – there are so many different layouts you have to be good at.”

Perhaps the dark horses here are Ferrari, whose early season charge has lost its way since F1 returned to Europe from Australia. Basically the car remains fast and capable of fighting for victory, but a combination of operational, strategic and mechanical issues have dulled its attack on both championships.

Canada was something of a reset for them last time out, however, with Charles Leclerc making good use of a new – albeit not updated – power unit and a new rear wing designed to reduce the deficit of Red Bull in terms of straight-line speed fight from the back of the grid until fifth. His teammate Carlos Sainz, meanwhile, delivered his best overall performance of the season, to battle for the win before finishing second.

The Ferrari should be fast around Silverstone, with Sainz also getting the new rear wing here. Leclerc, meanwhile, has a fine track record on the Northamptonshire circuit, having finished third, third and second in the last three races of the British Grand Prix, despite a car that was not a podium contender in terms of pure performance.

“I do not know [why I’ve been so strong at Silverstone],” he said. “I love it. We just need first place now! I really enjoy this place. Considering the last three times we’ve been here, it wasn’t the best car to fight for this position, so it was a good result. But this year we have a car to fight for the wins, so we are going for the win.

READ MORE: Leclerc ‘still believes’ 2022 title is possible – but says next four races will be crucial as he seeks to end winless run

He added: “It’s a new engine, hopefully there won’t be any problems and we can have a clean weekend which we’ve been missing since before Barcelona, ​​which is Miami I think. I hope we can finally have a good weekend and get the win.

Few people tip Leclerc to win – and that may be a step too far given Verstappen’s recent form. But he’s hungry for it, due to a turn in fortune and has a car that can get the final trophy he needs for his Silverstone set. Watching him fight for it – and trying to fend off a championship-leading Red Bull and a resurgent Mercedes should be fun. Let’s go.

“If we wanted to race for big prizes, we could have stayed home” | Horse racing news