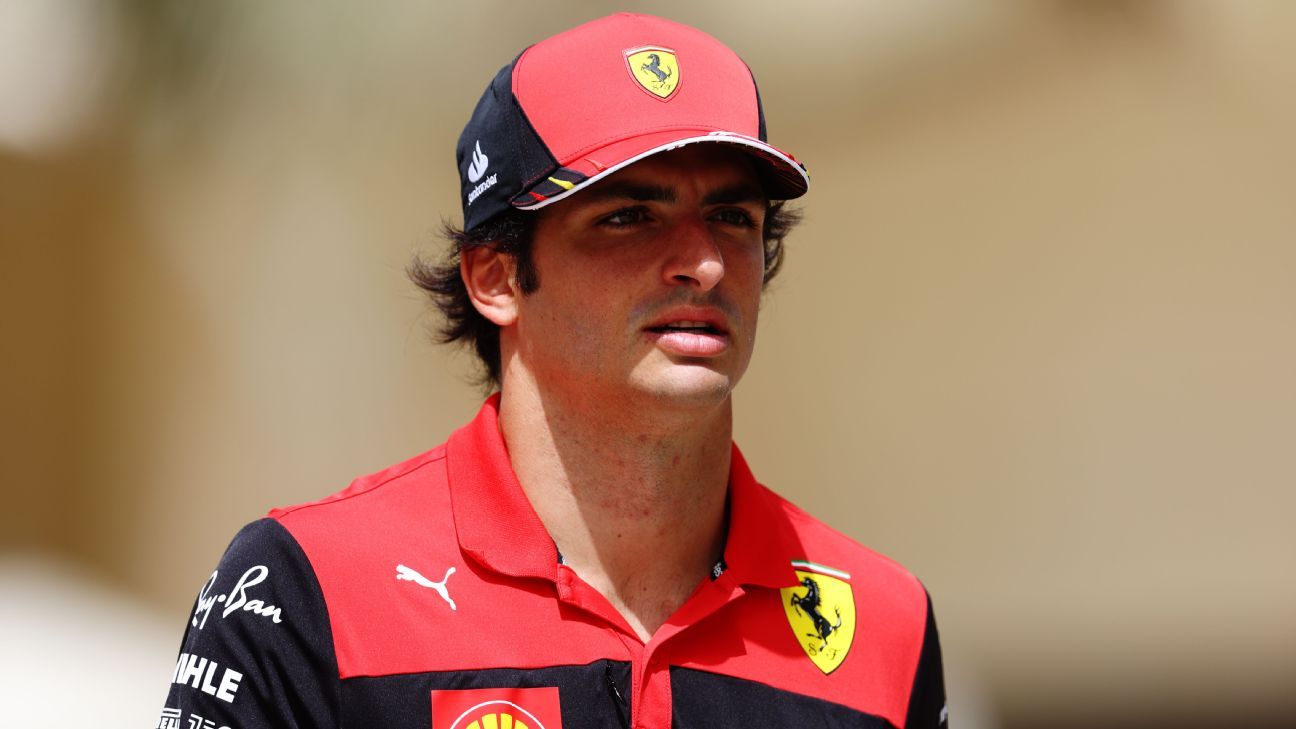 BARCELONA, Spain — Carlos Sainz is worried about the long-term health impact of racing the latest generation of Formula 1 cars after experiencing intense stiffness in his neck and back after races this year.

New technical regulations for 2022 have opened up the possibility of generating immense downforce from the underfloor aerodynamics of the car, which had effectively been prohibited by previous regulations by mandating flat-floor cars.

However, the new emphasis on underfloor aerodynamics has had an impact on driver comfort, as teams must tune low and stiff suspension settings in order to extract maximum performance from the car’s underfloor.

Additionally, newer car designs tend to bounce at high speeds on the straights as the ground gets closer to the track surface and the subfloor aerodynamics momentarily lock up. This is known in F1 as porpoising and has been so extreme on some cars that the drivers’ heads have visibly bounced against the cockpit headrest.

After the fourth race of the season in Italy, Mercedes driver George Russell said he felt chest and back pain because the porpoising was so bad on his car, and a number of drivers told how uncomfortable it was to drive today’s cars.

Sainz thinks the issue needs to be discussed at the rule-making level.

“We have to consider how much a driver should pay for his back and his health in a Formula 1 career,” said the Ferrari driver. “With this kind of car philosophy, we need to open a debate more than anything.

“I did checks on my back and my neck and this year it’s tighter everywhere, I can already feel it. I don’t need expert advice to know that ten years like this are going to be hard. “

The current regulations were introduced to improve racing spectacle by organizing the airflow from behind the lead car so that the chase car can close in without losing downforce. However, Sainz thinks future rule changes should consider the health of the drivers as well as the show.

“To run as stiff on our necks and backs as we have to run lately with this mass of car is something F1 and everyone else needs to think about,” he said.

“How much a price a driver has to pay in his career and his health to fight it. I’m thinking long term.

“There is the interest of the teams, overtaking, the spectacle that must be taken into account in the equation, but what if for the first time we also took the driver into account? It could be interesting.

“It will get to a point where if we decide to go in a certain direction the FIA ​​has to get involved. It’s still a new idea for me and I need to talk to other drivers like George who are struggling against the same phenomenon, to sit down together to see what we can offer or propose.”