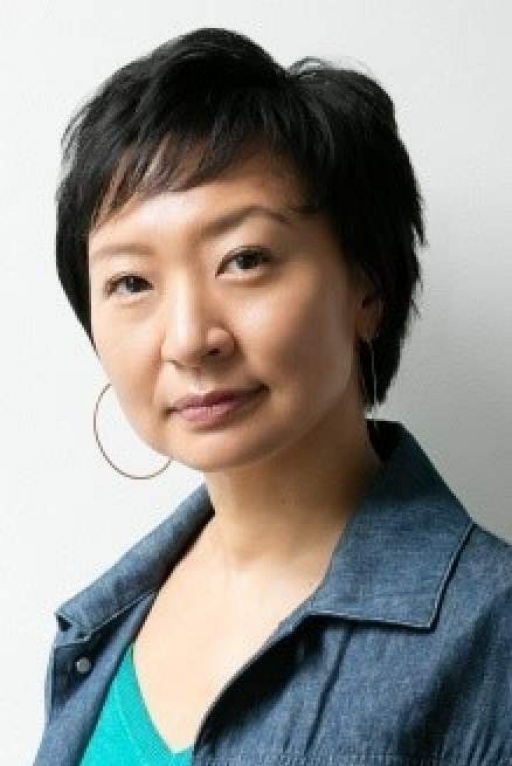 Award-winning poet and essayist Cathy Park Hong spoke about her experiences as an Asian American author and poet, balancing truth and consideration of others’ privacy, working in predominantly white spaces and how she had to move beyond her own preconceived notions to identify her truths during a conversation with a UB audience last week.

The April 21 conversation, part of the “Let’s Talk Race” series, was presented by the Office of Inclusive Excellence and the Gender Institute.

“When I was approached last year about who to invite to UB’s ‘Let’s Talk About Race’ series, I immediately suggested Cathy Park Hong,” said English teacher and principal Carrie Tirado Bramen. of the Gender Institute, who moderated the part with Hong.

“Cathy Park Hong is a brilliant writer and thinker, one of the most astute cultural critics writing today, and I am grateful that the UB Gender Institute can collaborate with Despina Stratigakos, Vice Provost for Inclusive Excellence , to make this event possible,” says Bramen.

The conversation with Hong took place virtually, and after introducing Hong, Bramen answered questions from attendees.

Hong spoke about her book, “Minor Feelings: An Asian-American Reckoning,” a New York Times bestseller that earned her a spot as a Pulitzer Prize finalist. Hong was also listed in Time Magazine’s 100 Most Influential People, 2021.

“Trials in ‘Minor Feelings’ are part of an ongoing internal journey,” Hong said. “My editor (Victory Matsui, Random House Publishing) said it was important that ‘Minor Feelings’ was an emotional journey, not just an intellectual journey. I wanted to emphasize argument and I wanted to be persuasive, which is much harder to do with poetry.

“Ultimately, ‘Minor Feelings’ was a corrective, an intervention, decolonizing my own mind, unpacking that process would also be persuasive to other people, other readers,” she said. “It had to happen in this work of non-fiction because it’s harder to achieve persuasion with poetry.”

For those who haven’t read the book, Hong described the term “minor feelings” as the range of chronic, non-cathartic feelings like shame, paranoia, suspicion, and melancholy, and those emotions you feel when your reality racialized is not seen, encountered or received by the mainstream culture as a whole.

“People confuse minor feelings with micro-aggressions, but they’re also macro-aggressions. It’s about not being recognized and Asian Americans feel very lonely,” Hong said. “C It’s also what happens when you live in a country like America, where you’re fed this idea of ​​American exceptionalism and meritocracy, and the idea that you can elevate yourself and your reality doesn’t reflect not that at all.”

“Because ‘Minor Feelings’ is non-fiction, it was the first time I was more concerned about invading someone’s privacy, especially someone I was close to. “Hong said.

An essay in the book titled “An Education” re-enacts a conversation Hong had with a friend who demanded that Hong not share some personal tragedy about him in the book.

“With my friend, she had a very good point. She said that as an artist of color, her trauma, if exposed, would tend to be marketed in a way that sort of cannibalizes her work,” Hong said. “I’ve been asked about ethics and writing about friends and family, and everyone handles it differently. You have to write your emotional truths. To uncover everything, every detail, every secret, memory cruel, cruel judgments that you might have, and then correspond with the people you love and write about, tell them and ask their permission as well.

One of the last questions Hong received anonymously was about traversing “very white spaces as Asian America, especially when you’re the only person of color in the office or department, keep your heads up down and never really tell the truth about the racism you feel and see on campus? Or do you talk and talk and just be ignored and seen harshly for behaving outside of your stereotype? »

Hong said she could relate to the person who submitted the question and had been in the same situation before.

“There have been many instances, where out of survival and because I didn’t want to get fired – because it’s a matter of power – that I just kept my head down,” she said. . “I did not amplify myself and I regret it. I would say now that if you are the only Asian American in a white space, that you don’t minimize yourself, your feelings, or your presence, and that you stand firm and make yourself as clear and loud as possible.

After the session, Bramen said she was impressed and grateful for the questions and comments posted by members of the public, and received very positive feedback from across campus, faculty and staff at students.

“Cathy Park Hong challenges easy thinking, platitudes and ‘feel good’ clichés; she analyzes contradictions, whether they are her own or our society’s, and that’s why her work stands out,” Bramen said. “She’s not afraid to dig deeper and explore the unconscious habits of toxic thinking in our country and how we internalize them, no matter who we are.

“No one is safe,” Bramen said. “But his work also shows us how to honestly confront this toxicity and understand it in terms that go beyond the individual to include history, power structures and the importance of friendship and alliances.

“My goal was to ask questions that brought out the richness and complexity of his thinking.”