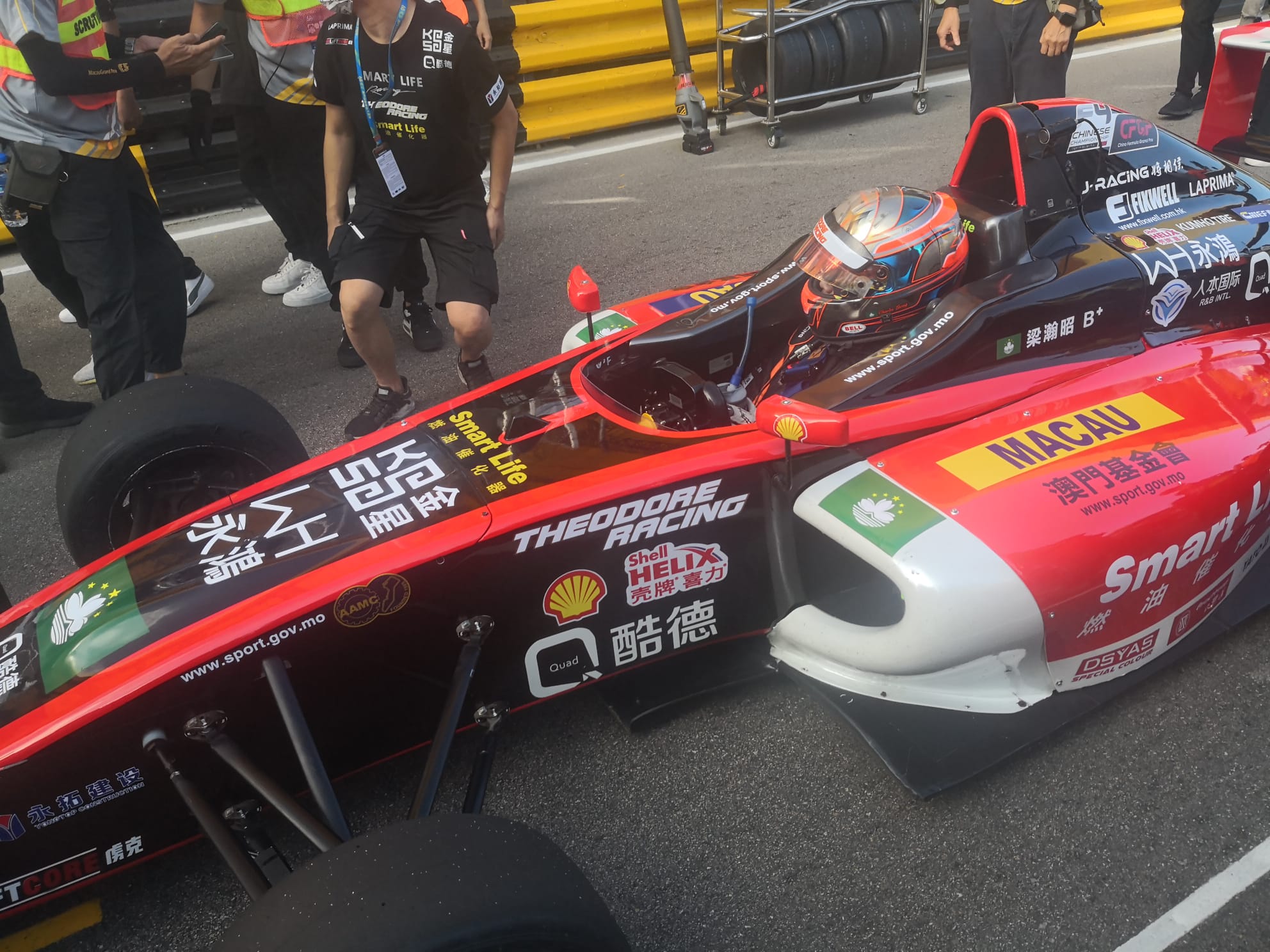 Chang was forced to rush to the back of the starting grid following a first technical problem on the way to the grid. The driver of the Chengdu Tianfu International Circuit team came back from last to second in one lap and three corners, crossing the finish line 5.4 seconds behind Leong.

Leong narrowly won the F4 2020 edition against Chang, with another expected duel in the last race tomorrow.

The first race of the Macau Formula 4 Grand Prix was lively to say the least, with several crashes occurring in the first lap.

Hong Kong driver Patrick Tsang crashed while exiting Mandarin on the first lap, an accident that took Champ Motorsport driver out of the race.

Meanwhile, former Macau F3 driver Lei Kit Meng was struck by Brian Lee at St. Francisco Hill. They were fifth and sixth respectively on the grid.

Chinese rider Li Si Cheng had a quiet race behind the two Macau riders, finishing third, 34 seconds behind the winner.