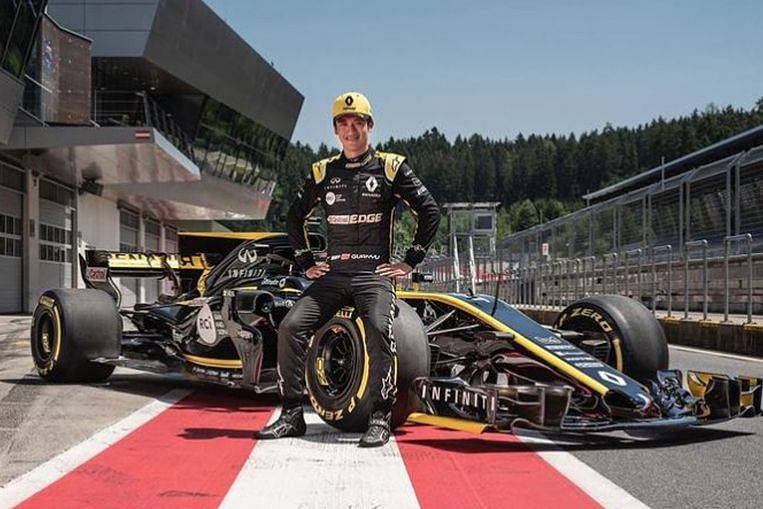 The 22-year-old Shanghainese, who dominates the F2 standings for Uni-Virtuosi Racing, will borrow the car of two-time Spanish world champion Fernando Alonso for the first free practice session (FP1) on Friday.

Zhou, who is already a test driver for Alpine and comes from their academy, called his first time driving an F1 test a “dream come true”.

Also known as Joe, he attended school in Britain after leaving China in 2012.

He said: “It will be even more special for me to drive Fernando’s car because he inspired me to pursue a racing career when I was young.”

He is following in the footsteps of compatriot Ma Qinghua, who participated in several practice sessions in 2012-2013 with the HRT and Caterham teams, but failed to secure a full-time seat in the sport.

“This experience will help him immensely as he is making very solid progress towards the ultimate goal of being a full time F1 seat,” said Rossi.

Zhou, who as a child played with small cars and got involved in karting from an early age, has never hidden his determination to race in F1 and make his country’s history.

Speaking to Agence France-Presse earlier this year, he said: â€œI would definitely say that I am the closest ever to enter Formula 1 as a Chinese driver. But the last step is the more difficult.”

Japanese rookie Yuki Tsunoda is the only Asian driver in F1 this season, having been taken over by AlphaTauri after finishing third in F2 last season.

No OSTAR? No problem! Corinthian sailors have set up their own transatlantic