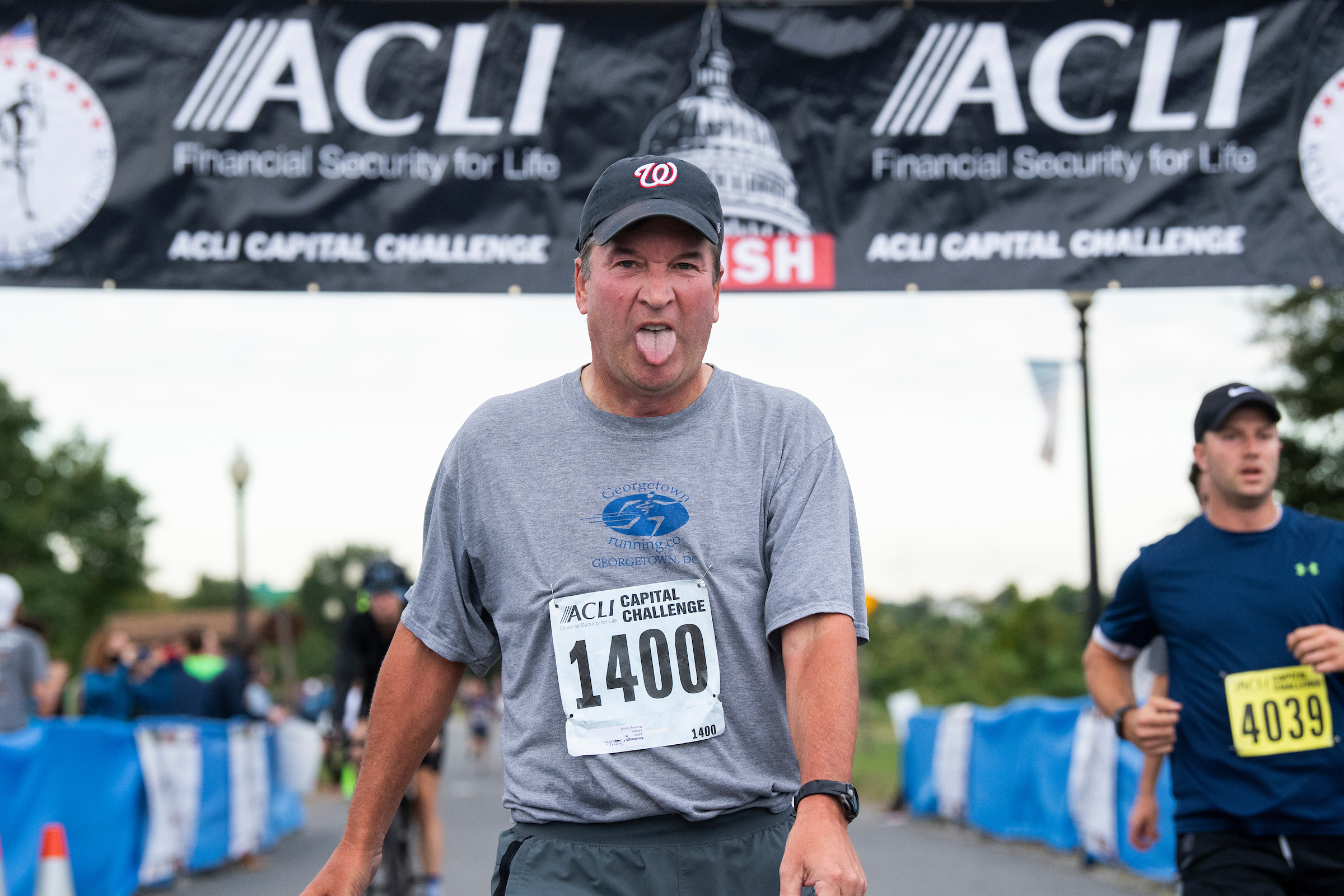 With the exception of Posada, the pitch isn’t particularly fast – your average high school student on the cross country team would dominate the competition. So, for spectators, the highlight of the race comes before the starting pistol shot, when the names of the teams are announced, each a pun that triggers more moans from the crowd than any hill would. runners. From the International Trade Commission, there is “Running Tarrified”, who finished second… for the worst team name. The first place for the worst went to the Peace Corps team, who worked in blue (or maybe brown?) With the name of their team: “We Get the Runs”. Lamb’s office – “The Lamb is the Goat” – finished third.

The press, typical of DC media, mostly chased (pun intended) ledes, using the former printer’s spelling for the opening paragraphs of a story. There was “In The Lede” by The Washington Post and “Chasing Ledes” by Bloomberg. The CQ Roll Call teams included “News Travels Fast”, “Budget Run-Conciliation” and “Herd on the Hill”.

In this journalist’s opinion, the executive branch had some of the best: “Everyone Counts” from the Census Bureau, “Argumentative Bastards” from the Solicitor General and “Hot Commodities” from the Commodity Futures Trading Commission.

Teams of lawmakers were less edgy about their eponymous names. West Virginia Senator Shelley Moore Capito paid homage to his home’s coal legacy with “The Miner League,” and fellow Republican Senator John Cornyn of Texas kept it cheesy with “Cornyn It to Win It” .

“I don’t think we deserve any points,” gasly says frustrated after falling to 13th place in Russia