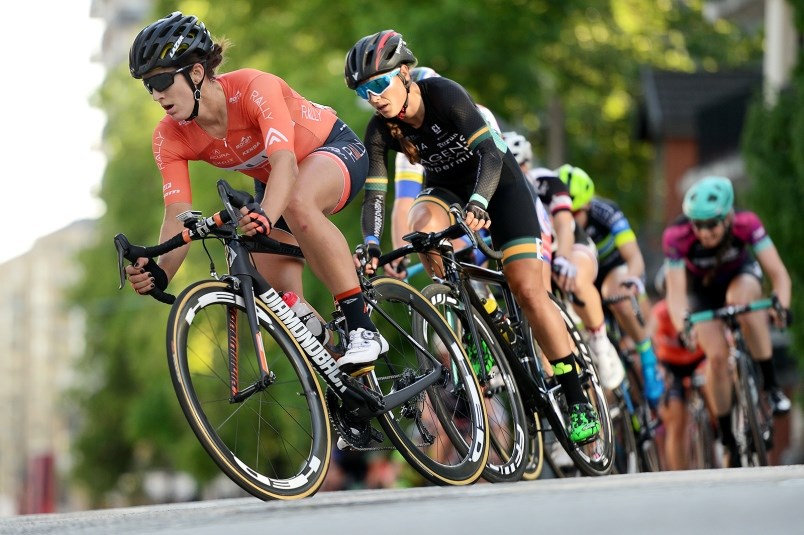 The New West Grand Prix will not take place on the streets of downtown New Westminster in 2022.

BC Superweek has announced that its members have made the difficult decision to suspend the professional cycling series until 2023.

“The events that make up BC Superweek require significant planning and resources, and as communities continue to deal with the impacts of the pandemic, there is still a great deal of uncertainty around event sponsorship and international travel for race participants,” said a BC Superweek news release. “These hurdles make it difficult for race organizers to make essential preparations to host a BC Superweek series in July.”

In addition to the New West Grand Prix, the Tour de Delta, Global Relay Gastown Grand Prix, PoCo Grand Prix and Tour de White Rock are on hiatus for 2022. The City of Burnaby has however indicated that it will host the Giro di Burnaby in some form this summer as an independent event.

BC Superweek organizers say they look forward to getting together in the coming months, hoping to bring world-class professional cycling back to the Lower Mainland in 2023. The biggest professional road cycling series in the Canada, the BC Superweek offers over $140,000 in prize money with nine races over 10 days.

In January, New Westminster City Council received a staff report indicating that downtown construction related to the Pattullo Bridge replacement project and Metro Vancouver’s sewer line on Columbia Street, as well as health orders regarding COVID-19, could make it difficult to hold an event this year. The report included a recommendation directing staff to report to the board in the fall on opportunities to host future New West Grand Prix events.

Instead, the board approved a motion asking staff to consider alternate routes for a race in the New West and to consider what other communities are doing regarding Superweek Pro Cycling Week.

“I would hate to think that Superweek could move forward, and only our event was the one that couldn’t go forward; I would hate for that to happen,” the adviser said. Patrick Johnstone, who introduced the motion. “Because other communities are still making their decisions and considering whether or not to hold an event, I would hate to see us being like a domino in other communities saying ‘the event can’t continue’, and that is the reason why the whole week doesn’t last if there isn’t a public health reason or some other reason for it not to continue.