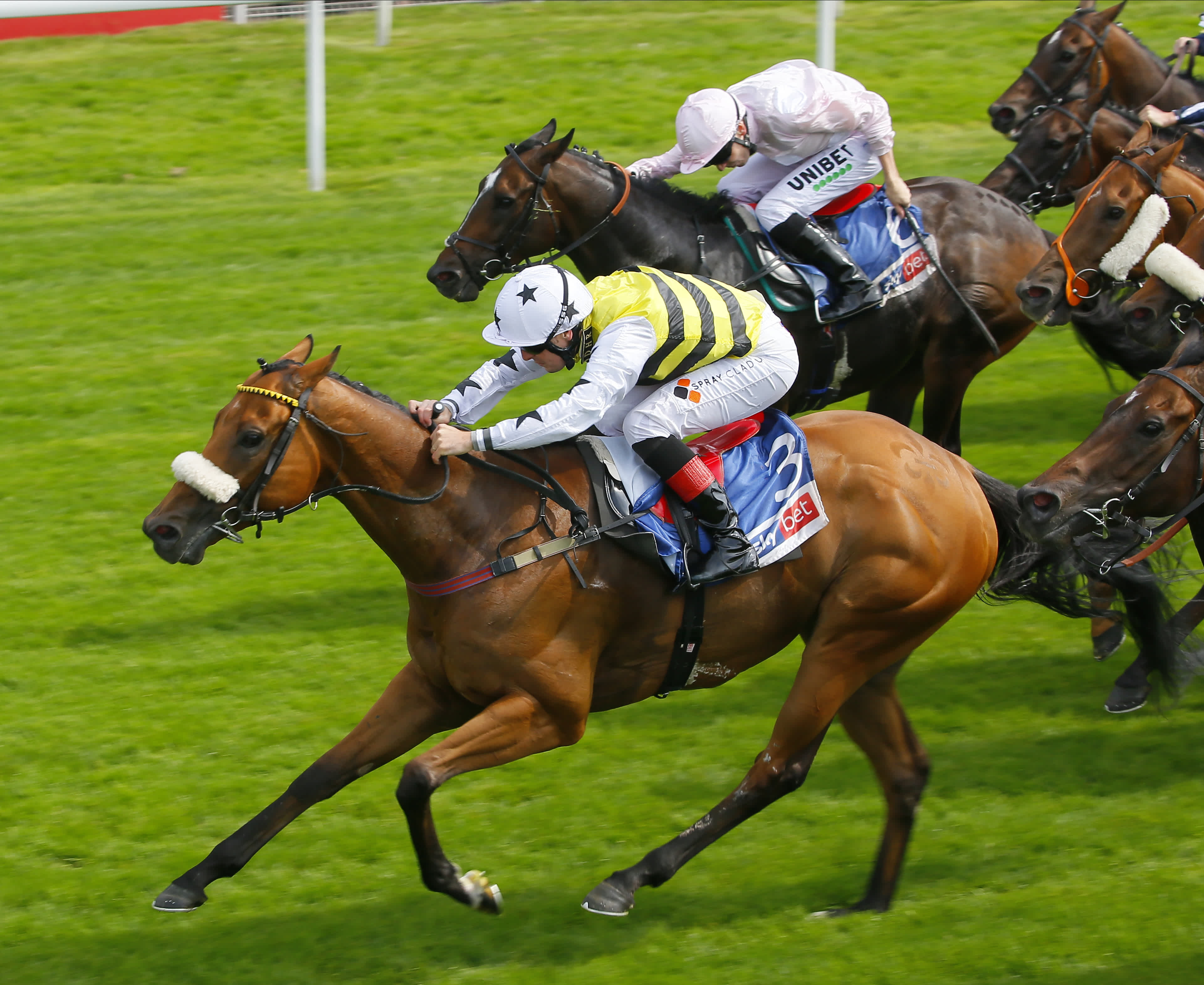 Michael Dods Hope Dakota Gold can score a record seventh triumph on the course at York when he tackles the Sky Bet Sunday Series Sprint Handicap this weekend.

The evergreen eight-year-old picked up his sixth win over the Knavesmire in the Churchill Tires Handicap on May 11. He equaled the tally of wins recorded by Copper Knight (who races at York tomorrow in the William Hill Best Odds Guaranteed Handicap at 2:55 p.m.) and was also equaled by star stayer Stradivarius.

Dakota Gold’s talent and heart were once again evident in his final race as he held off Makanah’s late push to win by a header into the hands of Connor Beasley, who was on board for the gelding’s six wins at York.

Owned by Doug Graham, Ian Davison and Alan Drysdale, it won over £400,000 in prize money, much of it on its favorite track.

Dods, who trains at Piercebridge near Darlington, said: “He loves York which is why he keeps coming there. The way the track is suited to the way he races.

“To say that, it’s always hard for a horse to win anywhere and to win six at one of the best racecourses in the country is incredible – long may he continue to do so.

“He just seems to come to life when he’s at York, so when there are races available for him we run there.

“Everyone is proud of him. From the owners to me and the whole team – Andrew Glass who looks after and rides him and Connor who rides him in his races.

“He doesn’t know when to go to bed. He looked like he was on the verge of a headache last week and he wouldn’t allow it. He looked at them, went on and dug very, very deep.

“It hasn’t been easy with him since his two-year career – he’s had the problem with starting stalls and has long since crumbled. There’s been a lot of work on the horse with Gary Witheford and Craig Witheford – they teamed up and helped.

“So, of course, Carole, my wife, takes him on her errands. It’s just a team effort by everyone to be fair.

Dakota Gold is set to weigh heavily in this Sunday’s six-stadium contest, which has a total prize pool of £50,000. But Dods is more than happy to let the horse try his luck – along with stablemate Pendleton – in a field of 22 riders.

Dods added: “He only raced last week, he’s in good shape. Our main focus is to make sure he’s healthy and moving – which he is – and to let him go racing and galloping, rather than overdoing it at home with him. He gets fired every day he loves.

“He’s not the biggest horse in the world and he has to wear 10th place. But like I told the owners, we just want to go out there and have him run well and enjoy it. We don’t expect him to go to the races and win every time he races.

“So if he can’t take the weight, as long as he comes back safe and sound and has enjoyed it and everyone has had a good day, then that’s fine. But if he has to go in these handicaps aside from his grade, he will carry a heavy weight.

The other representative of Dods Pendleton also has valid claims. He was third behind Dakota Gold, beaten just three games to length last time out.

The coach assessed: “Pendleton looks good. We haven’t done much with him either. He looks fit and healthy. Dakota Gold likes slower pitches but Pendleton would prefer softer pitches. But the race was there and they’re both fine, so we thought we’d give them both a try.

York’s final two-day meeting begins tomorrow with the card opening at 1.40am with the William Hill Play Responsibly Handicap. Sunday’s race has a later start time with the first race scheduled for 3:30 p.m.