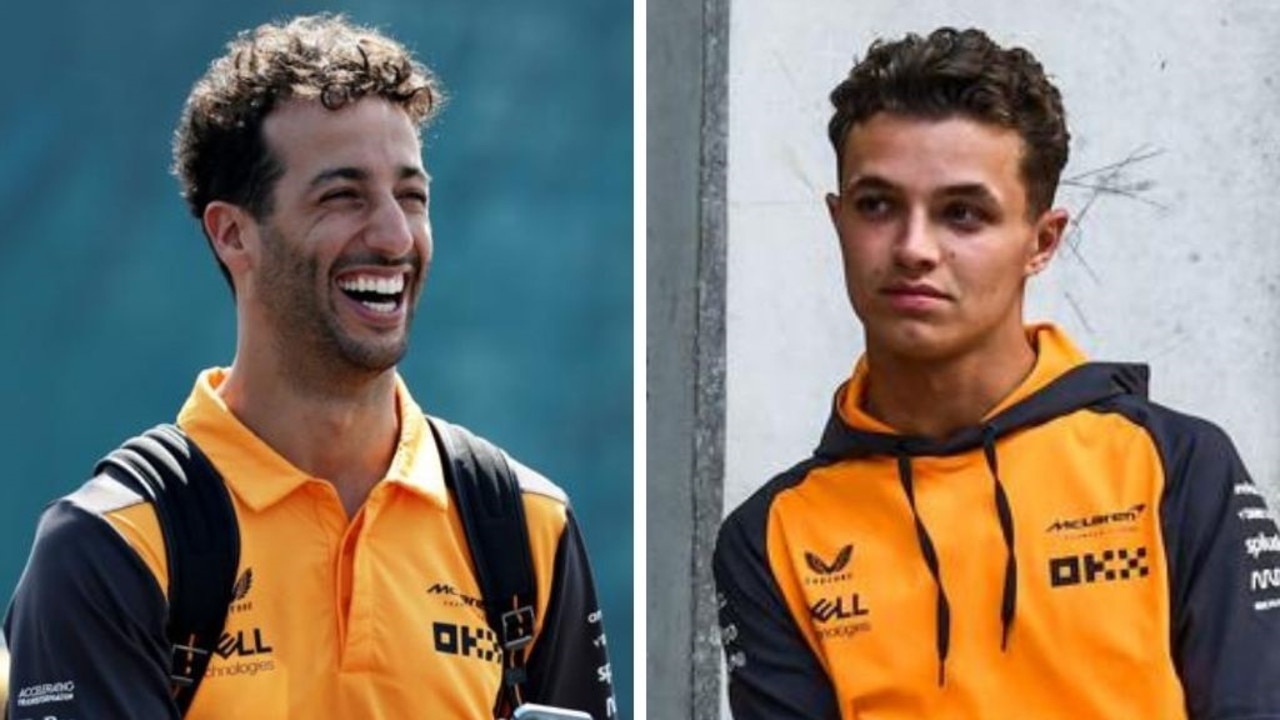 Daniel Ricciardo finally beat teammate Lando Norris in qualifying this year as the McLaren duo prepare for the Spanish GP.

The Ferrari driver had spun his car on his first run in the third part of qualifying but responded with a fast, nerveless and improved lap to reclaim top spot ahead of the Dutchman who was unable to respond .

It earned Leclerc his first pole position in Spain, his fourth of the season and the 13th of his career.

“I only had one lap, but it went extremely well,” said the 24-year-old Monegasque.

Verstappen qualified second ahead of local hero Carlos Sainz in the other Ferrari and a reborn George Russell for Mercedes, Sergio Perez in the second Red Bull and seven-time champion Lewis Hamilton in the second Mercedes.

“I feel very good,” said Leclerc. “It was a very, very difficult session, especially in Q3, when I made a mistake in the first run so I only had one lap.

Verstappen said: “I couldn’t do my last run. Either the DRS (Drag Reduction System) didn’t open or I lost power. It’s a bit of a shame, but overall to be in the front row here, watching all weekend, was a great achievement.

Red Bull confirmed that it was the DRS system that had failed.

Sainz, cheered by the sold-out crowd, said: “It’s been a tough weekend so far. The conditions weren’t easy with the heat and the wind, but we managed a good lap.

Valtteri Bottas qualified seventh, ahead of Kevin Magnussen of Haas, Daniel Ricciardo of McLaren and Mick Schumacher in the second Haas.

Qualifying ninth – two places ahead of Lando Norris – marks the first time Ricciardo has outqualified his McLaren team-mate this season.

“I think we are still learning the new elements (of the car),” said Ricciardo. “With updates and new stuff, it’s not always as simple as bolting it on and sending the car in.

“I think once you put them on, you also have to figure out how to balance the car well with that. So I think we always try to find the best balance with the new elements.

“So I don’t know yet if we’ve really maxed out their actual performance, but we’re still going through a learning phase, and I think going into Q3 was solid. But obviously we’re still trying to chase a bit of lap time.

“But overall it wasn’t a bad result, because we hadn’t been fast all weekend, and I don’t think Q3 is a guarantee. It was like a target, and I think it was a solid job we were able to do there.

Norris would have been eighth, but instead his lap was scrapped, for overshooting the track limits by millimeters. He missed the top 10 and will start 11th on the grid on Sunday.

“I haven’t been great all weekend, to be honest with you,” Norris said. “It’s not Covid. I’m just in pain with my throat and my eyes and I can see, which doesn’t help.

“I have a lot, my sleep and everything and my energy levels are probably the worst I’ve had in a long time.

“It’s definitely not my peak this weekend. I was so happy to even be in Q3 and do the lap I did, with the way this weekend went so far. here. I was quite surprised by it. It makes me feel good.”

On a hot, dry afternoon in Catalonia, Guanyu Zhou was the first man on track in Q1 in which Perez and Verstappen both topped the times before the Ferraris took over and Mercedes’ men snuck out. rank fourth and fifth.

Schumacher took part after a big effort by his Haas team to repair his car following a brake fire that stopped him in the third practice session.

He rewarded them with a lap that lifted him briefly to ninth and beyond danger while, to the dismay of the crowd, Fernando Alonso was one of two former world champions knocked out in Q1.

The Spanish veteran, now 40, finished 17th in his Alpine and joined two Aston Martin drivers Lance Stroll and four-time champion Sebastian Vettel, 18th and 16th respectively, in being eliminated with the two Williams of Alex Albon and Nicholas Latifi.

It was the first time Alonso failed to escape from Q1 in his home event. For those alleging that Aston Martin’s “copy-cat” upgrades package owed much to a possible use of Red Bull data, there were raised eyebrows.

Q2 started quietly until Russell led the Mercedes, with the young driver trailing the seven-time champion by three tenths, with Hamilton slipping wide out of the chicane.

Hamilton was clearly struggling to hustle his improved, but still nervous car, while Russell was able to drive with fluid precision clocking a time of 1:19.470 to finish first in the opening runs.

At the start of the second rounds, both Mercedes stayed in the pits – where 20-time Grand Slam tennis legend Roger Federer was a guest – a show of confidence unthinkable in the previous five events this year.

That cleared the way for Verstappen to overtake Sainz while McLaren’s Lando Norris and missed out on the top 10 with Alpine’s Esteban Ocon, Alpha Tauri’s Yuki Tsunoda and Pierre Gasly and Zhou.

It means Schumacher joined teammate Magnussen in qualifying for the top 10 in penalties, at a track where his father Michael, a seven-time champion, won a record six times.

Hamilton, who shared that record of six Spanish wins, was quick to set an early Q3 scorer of 1:19.664. Sainz beat him on his first run when Leclerc spun at Turn 15 before Verstappen took the lead in 1:19.073, three tenths clear going into the final showdown.

Leclerc was first to take control in 1:18.750, while Verstappen went last to the back of the ‘train’ to set up a dramatic finish – decided when the Dutchman lost power and was called back to the pits.