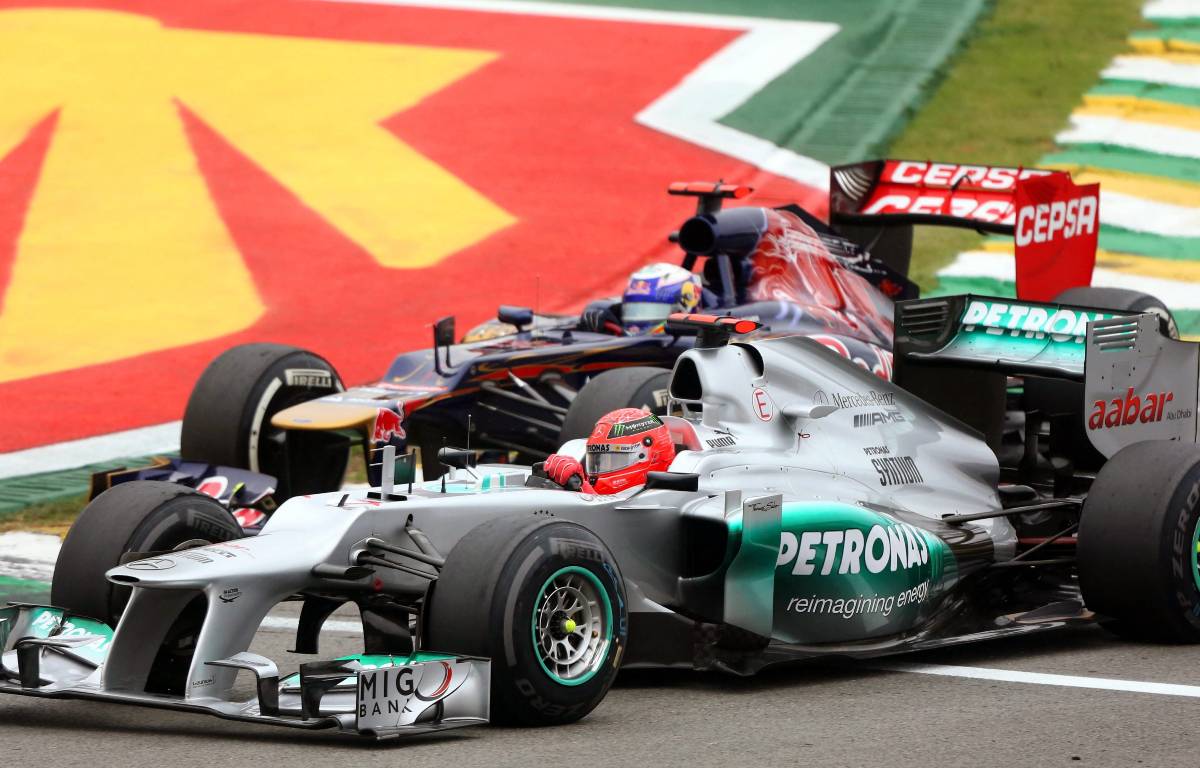 Daniel Ricciardo remembers the duel with “the god of this sport”

Daniel Ricciardo says he still has “goose bumps” thinking he used to run against Michael Schumacher early in his career.

The Australian spent a season and a half on the same grid as the seven-time former world champion in 2011 and 2012, driving HRT and then Toro Rosso.

Schumacher, of course, was then in the second and third years of his return from retirement with Mercedes, before moving away from sport for good at the end of 2012.

Although Ricciardo, now 32, remains a rival to another seven-time world champion of Lewis hamilton, he was a bit impressed with the German when he first arrived on the scene and fondly remembers an occasion when the duo faced off on the track.

“Knowing that I have been in the same driver’s field as Michael Schumacher in Formula 1 before is incredible for me,” Ricciardo said in an interview with Sport Bild.

“I remember one of my first races at Suzuka, I had a short duel with him. It was like a cat and mouse game on the track. It was really unreal. I enjoyed every second.

“Michael had already won seven world titles. He is the god of this sport.

“After the race, my father took me aside for a moment talking about the duel. He said ‘do you have any idea what just happened?’ I had to let it flow first.

“When I’m older I’ll think about times like this. My god, now that I say this, I still have goose bumps.

Along with a handful of other drivers in Hamilton, Sebastian Vettel, Kimi Raikkonen and Fernando Alonso, Ricciardo has now had the experience of racing against Schumacher Snr and Jnr, with Michael’s son Mick midway through his first season. with the Haas team.

Ricciardo first met Mick three years after his father was seriously injured in a skiing accident, since when his health has been kept private at the request of the family.

“I met Mick in 2016 during his charity football game. Somehow I immediately felt like I just wanted to be nice to him, ”Ricciardo said.

“He should feel my deep respect, his father is such a legend. So there was a good chemistry between us from the start because he’s a really nice boy too.

“No one should think Mick is in Formula 1 just because of his name. Everything I see about him shows me that he deserves his place here with us. He works so hard and I’m in awe of how he looks. did.