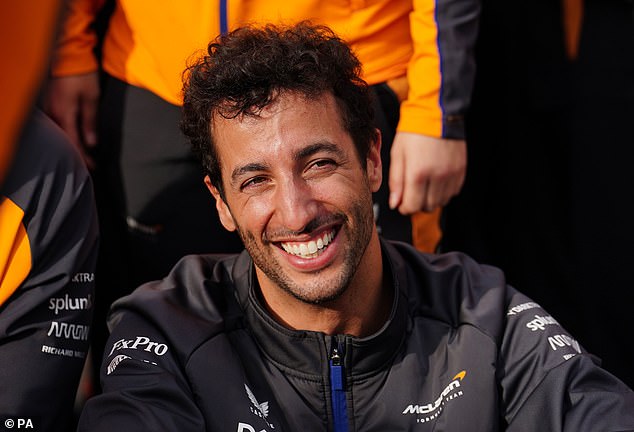 On the way to a new career, Daniel? Australian star Ricciardo ‘is set to do a Formula 1 COMEDY series with US TV giant Hulu’ as uncertainty clouds his future at McLaren

Daniel Ricciardo’s Formula 1 future may be in doubt, but the Australian star could have a side hustle involving US TV company Hulu.

Ricciardo has had a season to forget at McLaren, recording just three top 10 finishes in 11 races so far. As a result, reports suggest the 33-year-old’s seat next season is in jeopardy, with a number of young guns being assessed.

The Aussie blasted those reports last week, insisting “I still want it more than ever”, but a career in TV production could be on the cards if his foray into Hulu goes well.

The Disney-backed streaming giant plans to produce a comedy series consisting of half-hour episodes, reports suggest. The project is at a preliminary stage and the search for a writer has begun.

Ricciardo is expected to take on the role of executive producer, which means he won’t be directly involved in the finer details of the show such as script writing and directing, he will contribute ideas relating to the general plot of the series.

If all goes according to plan, the series could hit TV screens by late 2023 or early 2024.

McLaren boss Zak Brown described Ricciardo’s performance as disappointing earlier this season but two weeks ago insisted the team were 100 per cent behind him, seeking to dispel any uncertainty as to his seat for next season.

The 22-year-old is the youngest driver to ever win an IndyCar race and is highly regarded by all F1 paddocks.

In a statement confirming Herta’s time with the team, McLaren said the test “provides the team with an opportunity to assess young talent”.

“Colton has a proven track record in IndyCar and we’ll be interested to see how he adapts to Formula 1,” said McLaren team principal Andreas Seidl.

“We believe this testing program will provide him with valuable experience while demonstrating the benefit of extending previous car testing to showcase promising drivers for the future.”