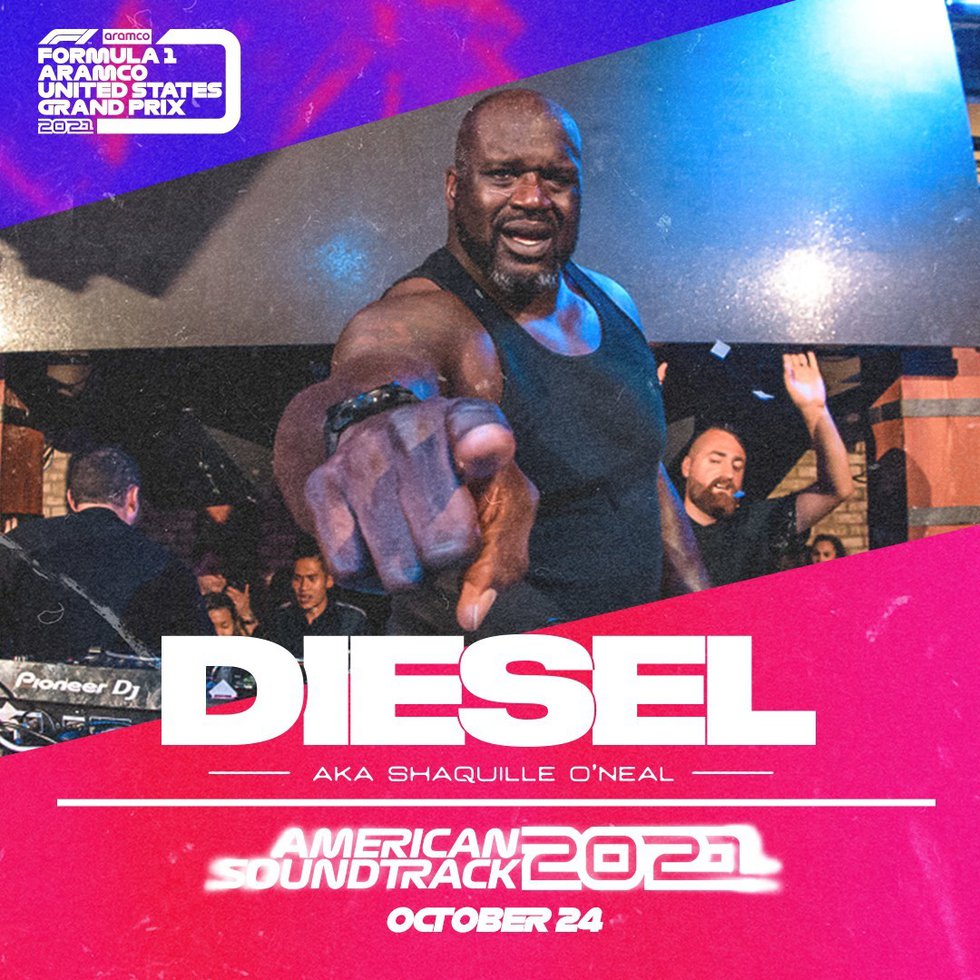 WHAT:
Circuit of The Americas (COTA) today announced that DJ DIESEL has been added to the long list of artists who will perform at the Formula 1 USGP this weekend. DJ DIESEL will perform a set organized for F1 fans on Sunday 24 October, To 4:30 p.m. on the ONEderland stage in the Circuit infield, after Sunday’s eagerly awaited race. The man behind DJ DIESEL, Shaquille O’neal, has a larger than life personality and powerful athleticism that has resulted in worldwide adulation and one of the most passionate fan bases in sports and entertainment.

Additionally, The American Soundtrack will be back this year and will feature over 20 musical acts, spanning musical genres ranging from R&B and hip hop to electronic and indie folk. These newly added performances are expected to take place on multiple stages at COTA grounds during Austin’s USGP Formula 1 weekend.

For more information on Formula 1 at the Circuit des Amériques, visit http://circuitoftheamericas.com/f1. With more than 360,000 participants expected during the race weekend October 22-24, planning transportation to and from COTA is very important. The Circuit of the Americas urges fans attending the race to use shuttles if they do not already have a parking pass, as all on-site parking lots are completely sold out. Tickets for buses start at $ 15 are on sale now, space is limited.

ABOUT THE CIRCUIT OF THE AMERICAS
Experience the unfiltered thrill of being alive at Circuit of The Americas, Austin, Texas. Feel the rush of the world’s greatest drivers competing in motorsport’s biggest events. Lose yourself in the music of the hottest bands as they perform live at Austin’s larger outdoor music room. Take charge of your very own 602 horsepower racing car as part of our exciting driving experiences. Experience the thrill of racing with others on the COTA kart track. Inspire your most valuable stakeholders in our expansive meeting and hospitality spaces designed for large groups and private or corporate events. At Circuit of The Americas, there’s fun around every turn.

For more information and to download videos and photos, visit www.thecircuit.com. For an experience as unique as Austin and a rush you will never forget, visit Circuit of The Americas, where the euphoria happens!

SOURCE Circuit of the Americas