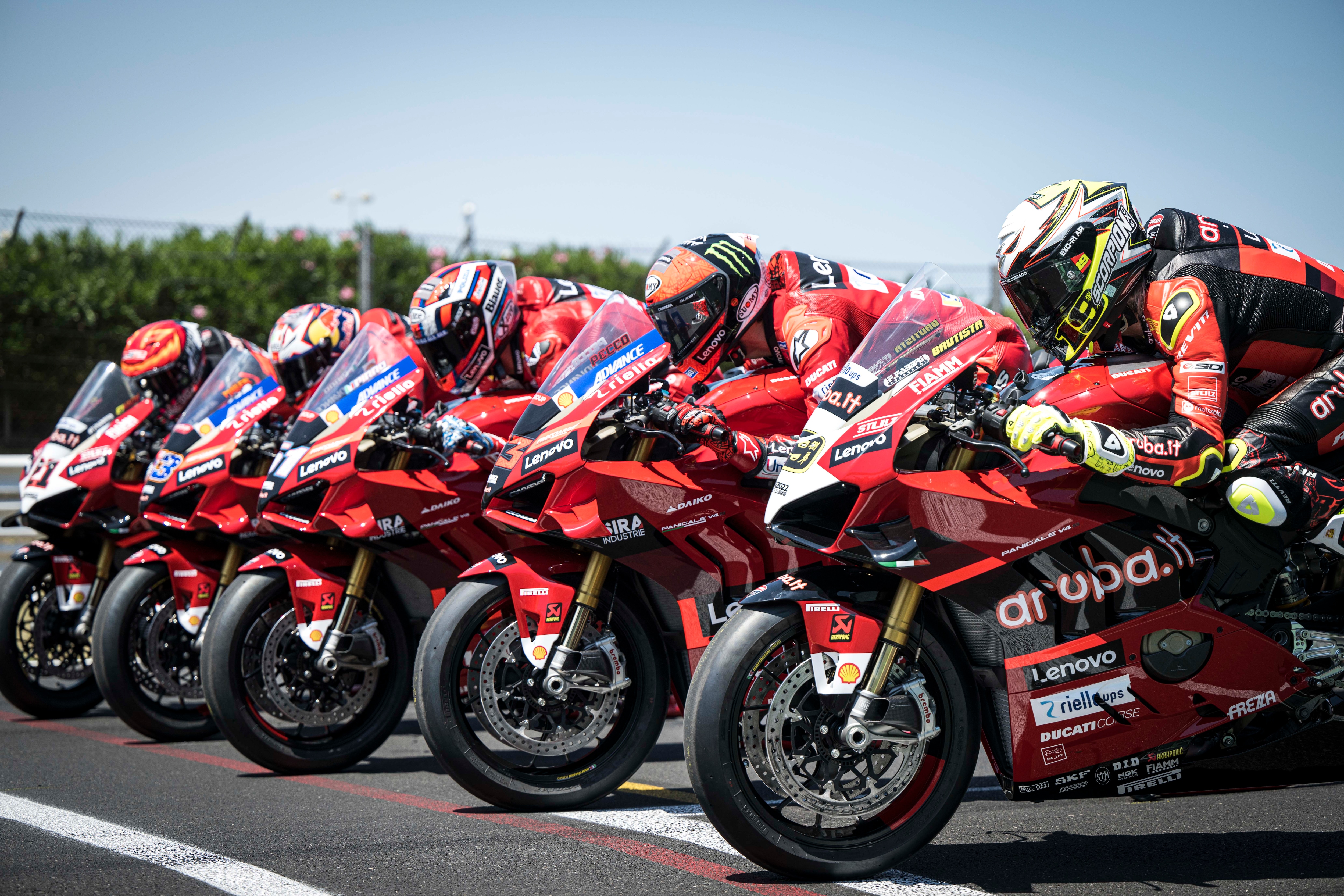 Ducati has announced that the Panigale V4 S motorcycles used by its riders in the Race of Champions during World Ducati Week 2022 last Saturday have all been sold.

All Ducati Panigale V4 S motorcycles used in the Race of Champions during World Ducati Week 2022 were auctioned on the Monday after the race (July 25, 2022) and sold out within hours.

The bikes are unique, with replica liveries and graphics from the rider’s racing team. For example, Francesco Bagnaia’s #63 machine and Jack Miller’s #43 machine sport the 2022 Ducati Lenovo MotoGP team livery; Alvaro Bautista’s #19 and Michael Ruben Rinaldi’s #21 are dressed in the colors of the Aruba.it Racing Ducati WorldSBK team.

The first bike sold was that of Jack Miller, who finished the race in fourth position. Next to go was Bagnaia, then bike #5 in Johann Zarco’s Prima Pramac Racing livery.

“The Lenovo Race of Champions Panigale V4 S are unique collector’s items,” said Francesco Milicia, Ducati Vice President of Worldwide Sales and Aftersales. “The worldwide success of the race has further contributed to their value. We decided to prioritize our most enthusiastic customers: a way to thank them and continue to fuel their enthusiasm for our bikes.

“The choice of online sales is part of our strategy of using digital services to extend and improve the Ducatisti experience and, in this specific case, give immediate access to everyone at the same time in the world. The speed with which the bikes were sold confirms that many were online waiting for the platform to open.

Where Milicia refers to “our strategy of using digital services to extend and improve the Ducatisti experience”, it also refers to Ducati’s latest foray into the world of NFTs, among others such as the official Ducati app that connects your phone to your motorcycle. .

The Race of Champions was won by Francesco Bagnaia, and the Italian was joined on the podium by two other Italians: Luca Marini in second place and Marco Bezzecchi in third. It was not surprising, because, as members of the VR46 Riders Academy, the trio have more laps than everyone except maybe Michele Pirro on the Misano World Circuit Marco Simoncelli in recent years.

Bassani had a solid weekend at Donington in WorldSBK, where he battled for the top six in both long races, and finished fifth in Saturday’s race. As Michael Ruben Rinaldi continues to face uncertainty over his own future in the Ducati factory team, Bassani is one of the main candidates to take this race for 2023.

The Race of Champions is still visible on the Ducati website.