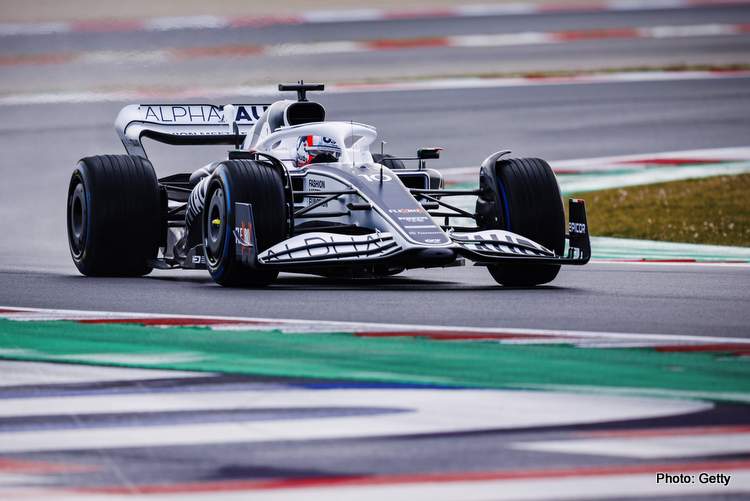 Pre-season tests for the 2022 season Formula 1 the season begins today, as all ten teams travel to the Circuit de Barcelona-Catalunya to perform their latest creations properly for the first time.

However, the test dubbed “Pre-Season Track Session” will not have live coverage but will take place behind closed doors, with F1 fans expected to wait for the “official” pre-season test in Bahrain between the 10th and on March 12 to see their favorite drivers battling their latest generation F1 cars on a race track, with proper racing unlike the previews provided on the team’s filming days.

And it is indeed a disappointment…

Now, the reason the first Test wasn’t covered is simply because it’s not classed as an official pre-season Test. In 2021, test days were limited to three on a session which was covered live with live timing, but with the new rules and new cars teams were treated to an additional three-day private test in Barcelona to help teams familiarize themselves with their new F1 machines.

But at the end of the day the cars will be driving and we won’t be watching, so has F1 missed a trick here?

Low-key F1 testing is a missed opportunity for valuable exposure

I’ve already mentioned that F1 should keep fans – especially those who have just been lured in by last year’s exciting season – engaged in the sport over the winter break because it’s not healthy. for such a global sport to go under the radar for a long time.

But then comes the first chance to give fans a taste of F1 2022, the Barcelona test, and surprise surprise it’s not being shown live, and to me it’s a missed opportunity for all parties involved, teams, fans, and F1 courses.

First of all, more airtime for F1 is always beneficial, especially as these days many people around the world have been working from home since the Covid-19 pandemic graced our planet. , and most, if not all, of them will have their televisions on while they follow the news in sports, politics, economics and other areas.

They watch the Beijing Olympics, so might as well watch F1 testing and slowly get to grips with the new cars, the new regulations before the season kicks off.

Teams should also benefit from a test session broadcast with most, if not all, announcing new partnerships and sponsors over the winter break, and you imagine all ten F1 teams will be eager to show their new sponsors/partners as soon as possible. Again, this is not the case.

A missed opportunity to move on from the baggage of 2021

Now the next reason why the first pre-season track session should have been open to the public is, to me, the most important, because it would have been the sport’s first real chance to ‘heal’ and move on to something else. what happened after the end of the 2021 F1 season.

After the 2021 Abu Dhabi Grand Prix and the way the race ended in a mismanaged safety car period after Nicholas Latifi’s accident, the F1 community went into a frenzy of hate, theories of conspiracy and extreme fan polarization between Lewis Hamilton who deserved a more dignified defeat, and that of Max Verstappen, the deserving 2021 F1 champion.

With the FIA’s decision to remove Michael Masi from his role as race director offering some sort of closure, one would have thought the time had come to turn the page and move on, but the virtual feuds between fans and the keyboard warriors would not leave. .

Some personally attacking Masi with outlandish accusations of helping Red Bull – something we strongly condemn at Grandprix247 – and others claiming the FIA ​​bowed to Mercedes/Hamilton pressure by sacking Masi.

Even the 2022 car launch season was unable to silence the heinous fuss around what was nothing but a sporting refereeing error that was dealt with and sanctioned, and the pre-testing season were the perfect opportunity to move on for real, put it all behind, get our beloved sport together and begin the proper healing process, because we really need to heal after the scarring experience that the sport and its fans have endured.

Nothing would have been better than watching the new cars – beautiful ones by the way – race angrily in Barcelona, ​​watching the teams work and the drivers get used to their radically different rides to try to understand how they behave, to really take our let’s forget the controversy of last season and focus on the season ahead.

But we were denied this opportunity, which is a shame…