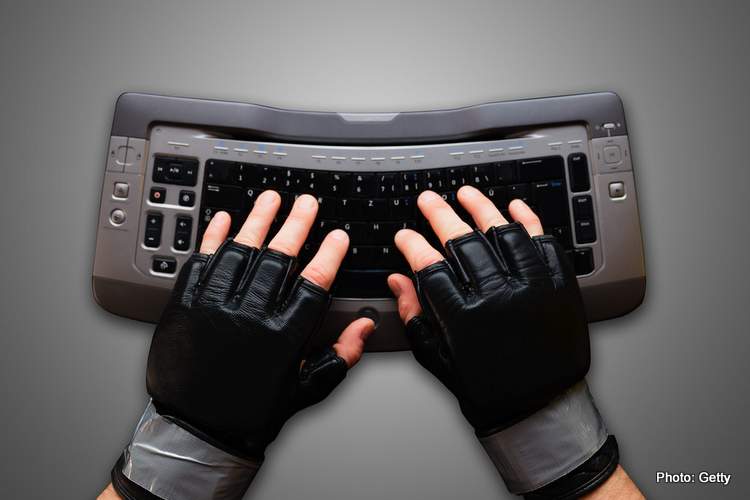 Max Verstappen, amid his strained relationship with Sky, expressed his displeasure with the state of affairs on social media, hoping to stop the keyboard warriors.

Max Verstappen’s statement came after winning the Mexico Grand Prix 2022a weekend where he and his team collectively decided to boycott Sky Sports F1 over comments from broadcaster Ted Kravitz in Austin.

Since 2021 Formula 1 The season was over with Verstappen winning the title at the season finale in Abu Dhabi after a controversial safety car spell, and given the bitter rivalry between him and then-rival Lewis Hamilton of Mercedes, the social media platforms went into overdrive.

The reason is that the legions of Hamilton and Verstappen fans have had their own virtual fight on various social media platforms, with some doubting the Dutchman’s title and others defending it with all the toxicities delivered by what we, at GrandPrix247, nicknamed “Digital Maggots”.

Verstappen: They write what they love because the platforms allow them to

Asked about the toxicity on social media at the post-race press conference in Mexico, Verstappen said: “I think it’s just that the sport is more popular so there are more people watching. , so more people are writing in. I think that’s just it.

“It’s not great that they’re allowed to write this stuff, so hopefully we can find some kind of algorithm that will stop people from being keyboard warriors.

“Because those kind of people…they’ll never come up to you and say these things to your face, because they’re sitting at their desk or whatever it is at home, upset, frustrated, and they can write no they like it because the platform lets you.

“It can be really damaging and hurtful for some people and that’s not how it should be,” concluded the 2021 and 2022 F1 champion.

We have already reported what Hamilton said about social media ‘getting more and more toxic over the years’ urging to ‘get over it’ citing negative impact on mental health, which says a lot coming from someone who has mastered over the years years the art of social media.

Sergio Perez also weighed in, lamenting how people on social media can “insult you, insult your family and just sit behind the desk”.

“They don’t understand that we are human beings too,” Perez added. “And I think it has to stop. And, of course, as a sport, we also have to be responsible for what we publish, on our own.

“We all have a lot of followers, so it’s very important that we try to get the sport on the right track because Formula 1 is a great sport and has great values, but we have to do more about it. regard.

“And just in general, the social media world is getting way too toxic,” the Mexican concluded.

Max was there with us?!

What triggered this piece, other than the fact that we at GrandPrix247 take this matter very seriously, was what Verstappen said at the Mexican press conference, the exact words he used.

It’s something that’s been widely discussed, editor Paul Velasco and I have had that for some time now, especially after the 2021 Abu Dhabi Grand Prix and what happened afterwards.

It’s like Max was sitting right next to us when we discussed ‘keyboard warriors’ who don’t have the balls to face you with their statements but hide behind their screens while pulling their mouths, and when Paul and I talked about the responsibility of all social media platforms to purge themselves – via revised algorithms – of what we call “digital maggots” who would stop at nothing to insult, abuse and offend other users and celebrities, in our particular case; F1 drivers.

At GrandPrix247, we’ve had our fair share of these “digital maggots” attacking us, our contributors, other commenters, and even readers who follow our site on our various social media platforms. Even F1 drivers have been unfairly attacked in comments on some of our articles and posts.

Since then, we have been on a mission to clean our “zone” of all culprits, who post offensive, abusive and even racist comments about F1 drivers or other commentators, which is not easy and time consuming, but it’s something we insist on doing despite our limited resources.

We believe, in the age of social media, that instead of bragging about massive followings on our platforms, we should focus more on quality rather than quantity.

We must ensure that visitors to our platforms have an enjoyable experience by interacting with others, sharing opinions, debating in a healthy and respectful environment without having to worry about abusive “Agents”, or even “Digital Maggots”. that create hundreds and thousands of fake accounts. to use them in their despicable deeds.

Lewis may have suggested we quit social media, but the reality is we can’t, so let’s clean it up, make it a better place for communication.

We’re doing our part in this war against ‘digital maggots’, and we’re proud of that, no matter how small, but we’re now calling on Formula 1, the FIA, all F1 teams and drivers to do the same , and intensify this fight that the “Drive it Out” initiative has begun.

We are united in our drive to drive abuse of all kinds from the sport we love, and we call on the entire F1 family to join us#DriveItOut. Together. pic.twitter.com/j0x6vsoars

F1 podcast: Why Ferrari struggles so much at high altitudes