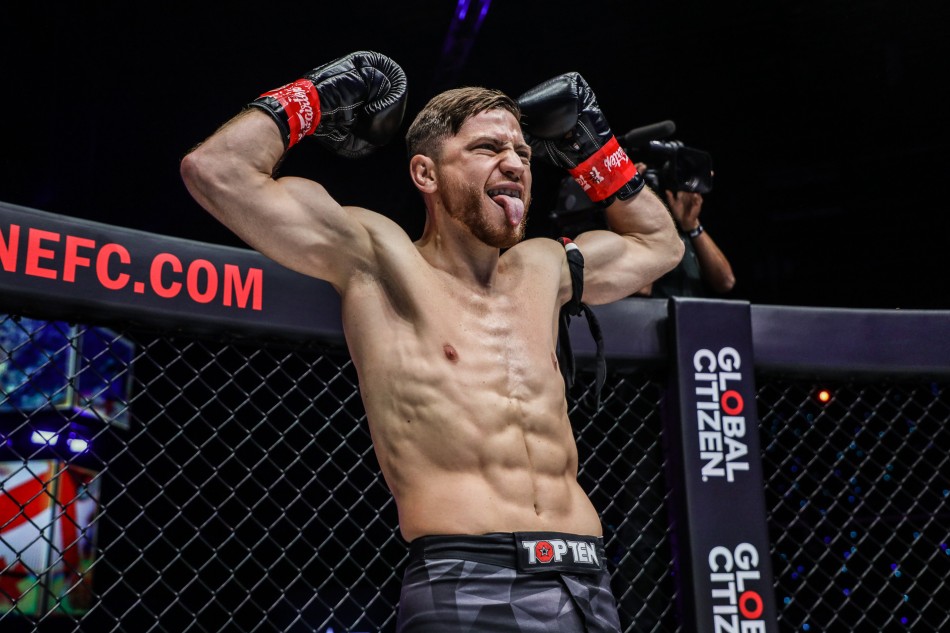 While “The Hurricane” knows his Dutch-Turkish opponent will attack once the opening bell rings, he will fight Ozcan head to head and not give an inch.

Since both of their approaches rely on combinations of pressure and landing, the Trans4mer Mainz rep believes they will provide fans with an exciting contest. However, he sees himself getting the upper hand against the Siam Gym fighter.

“We’re both good technical fighters who can also go for a high volume of technique and speed in the fight, but I don’t think he can handle my three-round pressure. He’s a good fighter too. pressure – he can pressure, but we’ll see if he can handle it, or how long he can handle it,” Kehl said.

ONE: Full Circle – Jamal Yusupov and David Branch removed from the map

Although Kehl has traded punches with some of the best kickboxers in the world, he has yet to fight No. 5 ranked contender Ozcan. However, he already knows “Turbrine”‘s approach after watching his previous fight against Sitthichai “Killer Kid” Sitsongpeenong last October.

“I have known Tayfun for a few years now. I know his weaknesses and we are working on them. You have also seen them in the fight against Sitthichai. What we trained and how we trained, you will see in the fight”, the competitor with 51 career wins in Muay Thai and kickboxing has been revealed.

A victory over Ozcan will put Kehl back on the winning track. Both warriors succumbed to their foes in the quarter-finals of the ONE Featherweight Kickboxing World Grand Prix. While Ozcan lost to Sitthichai, Kehl suffered a stoppage loss to big puncher Davit Kiria.

Despite the recent setback, the former K-1 champion is confident of a better showing on February 25 at the Singapore Indoor Stadium.

Tayfun Ozcan can’t wait to bounce back at ONE: Full Circle

“We both lost the first fight of the tournament, but in this division there are no bad fighters. We were the eight best kickboxers in the world, so I don’t care if you win or lose – you you are always at the top,” added the German star.

“We both made mistakes in our fights, but we worked hard on it, and for sure we’ll be better for the next fight, especially me. I’m really looking forward to this fight.”

Remaining resilient in the face of adversity, Kehl will not let go of his goal of winning a world championship in the ONE Super Series. The road to gold won’t be easy, but he’s ready to correct his mistakes against Kiria and rise again.

“When I got out of the cage and back to the hotel room, I got in the shower, washed myself and focused on the next one. I know I made a mistake, and it was clear to me, but it’s not in my head anymore,” Kehl said.

“I’m just going to focus on the next one. I think that’s the mindset of a champion, and we’re looking forward. We’re not looking back.”