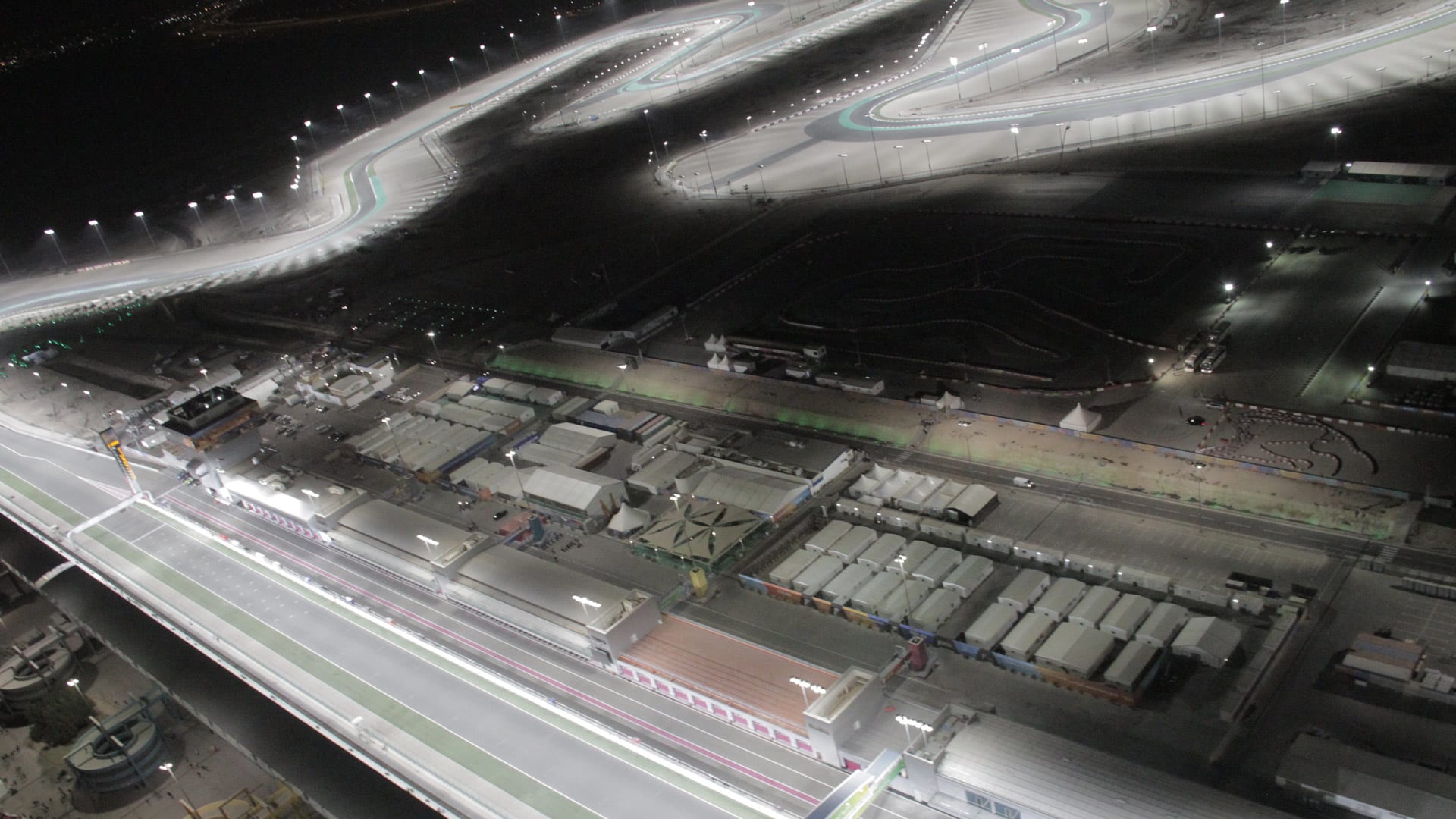 Formula 1 will travel to Qatar for the first time this year. Here’s everything you need to know about the latest addition to the calendar …

When is the Qatar Grand Prix?

The race will take place on the weekend of November 19-21, the third round in a triple header that begins with the Grand Prix of Mexico and Brazil. The Qatar GP will be followed by the first-ever Saudi Arabian Grand Prix and the season finale in Abu Dhabi.

Where is the race taking place in Qatar?

Qatar’s inaugural Grand Prix will take place at the purpose-built Losail International Circuit 22 miles north of the capital Doha on the Arabian Peninsula.

The 16-turn track was built in 2004 and is no stranger to high octane racing, having become a permanent fixture on the two-wheeled MotoGP calendar. This year, it will host the 20th round of the F1 World Championship.

The race is part of a longer-term deal with F1 that will run for 10 years from 2023 (no racing next year as the country hosts the FIFA World Cup).

Discussions will continue regarding the location of the Grand Prix from 2023, with further details to be provided at a later date.

How is the track?

Losail already had an FIA Grade 1 license, which meant it was a viable option to host a Grand Prix this year in the short term amid the continuing Covid-19 pandemic.

The FIA â€‹â€‹governing body will carry out an inspection, but this is normal for circuits joining the F1 calendar, and the changes required will likely be minimal.

The main straight is a decent length of just over a kilometer and will provide the location of the DRS area of â€‹â€‹the circuit. This means that the right turn of Turn 1 will be the best opportunity to overtake.

Tires will likely be a topic of discussion, as the high percentage of time cars will spend in corners means teams could experience above average tire degradation.

(Hop aboard for a lap in the video below).

There is a triple top to the right, an almost flat high-speed sequence of turns (turns 12-14) which is similar to turn 8 in Turkey but in the opposite direction and will be particularly difficult on the tires.

The track has not been redone since 2004 so it has worn out and exposed the large aggregates. This should mean good grip and abrasiveness levels when it comes to tire wear.

Will it be a night race?

That’s a good question – and one that will be answered in the coming weeks.

Losail already has the capacity to host a night race, with around 3,600 bulbs spread over 1,000 structures scattered around the circuit to light up the track. At 5,380 km, the illuminated area covers the same area as 70 full-size football fields.

If it’s a daytime race, temperatures will be hot and humid – but since it’s fall, conditions will still be significantly cooler than summer.

If the race is held at night, ambient temperatures will drop even further around the mid-1920s in degrees Celsius.

In addition to hosting MotoGP, the Middle Eastern country has hosted motorsport of the four-wheeled variety, with 1992 F1 world champion Nigel Mansell claiming victory at Losail in the short-lived Grand Prix Masters championship. .

Meanwhile, current Aston Martin reserve Nico Hulkenberg claimed his first GP2 Asia victory, in what was only his third start in the championship, at the Qatari venue in 2009.

Outside of motorsport, Qatar hosted World Championships in athletics, road cycling and gymnastics, before hosting the FIFA Club World Cup as a dry track ahead of the Cup’s arrival. FIFA World Cup at the end of next year.