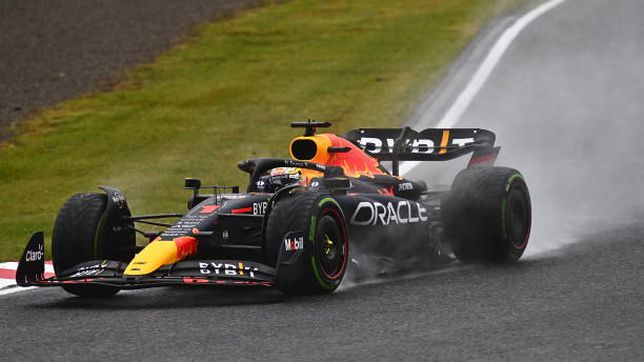 Formula 1 returns to the Suzuka International Circuit for the Japanese Grand Prix for the first time since 2019, after being pushed back due to the covid-19 pandemic. Fans will be eagerly awaiting the race, which is considered one of the most entertaining on the F1 calendar.

Verstappen on the brink

Reigning world champion Max Verstappen of Red Bull will have another chance to clinch his second consecutive world title on Sunday after failing to close the deal in Singapore last week, where he finished in seventh place.

If he claims victory at Suzuka and his closest rival, Ferrari’s Charles Leclerc, fails to finish secondhe would win the 2022 world championship. Verstappen could also win the crown if he wins the race and gets the extra point for recording the fastest lapregardless of the performance of all the other drivers.

The defending champion is currently ahead of Leclerc by 104 points after having won 11 of the 17 competitions already organized. There are just four races left in the F1 season for 2022 – USA, Mexico, Brazil and Abu Dhabi.

Besides the fact that the Dutch rider may finish this year’s championship, another thing to watch at this weekend’s Grand Prix is ​​the performance of Japanese pilot Yuki Tsunodawho is eager to contest his first home race.

Mercedes showed promise in Friday’s wet practice sessions, with George Russell and Lewis Hamilton finishing first and second, while Verstappen finished third. There could be more rain during Sunday’s racewhich could make the competition more interesting and more unpredictable results.

A million dollar prize: NCL puts cash where its mouth is as pros sign up