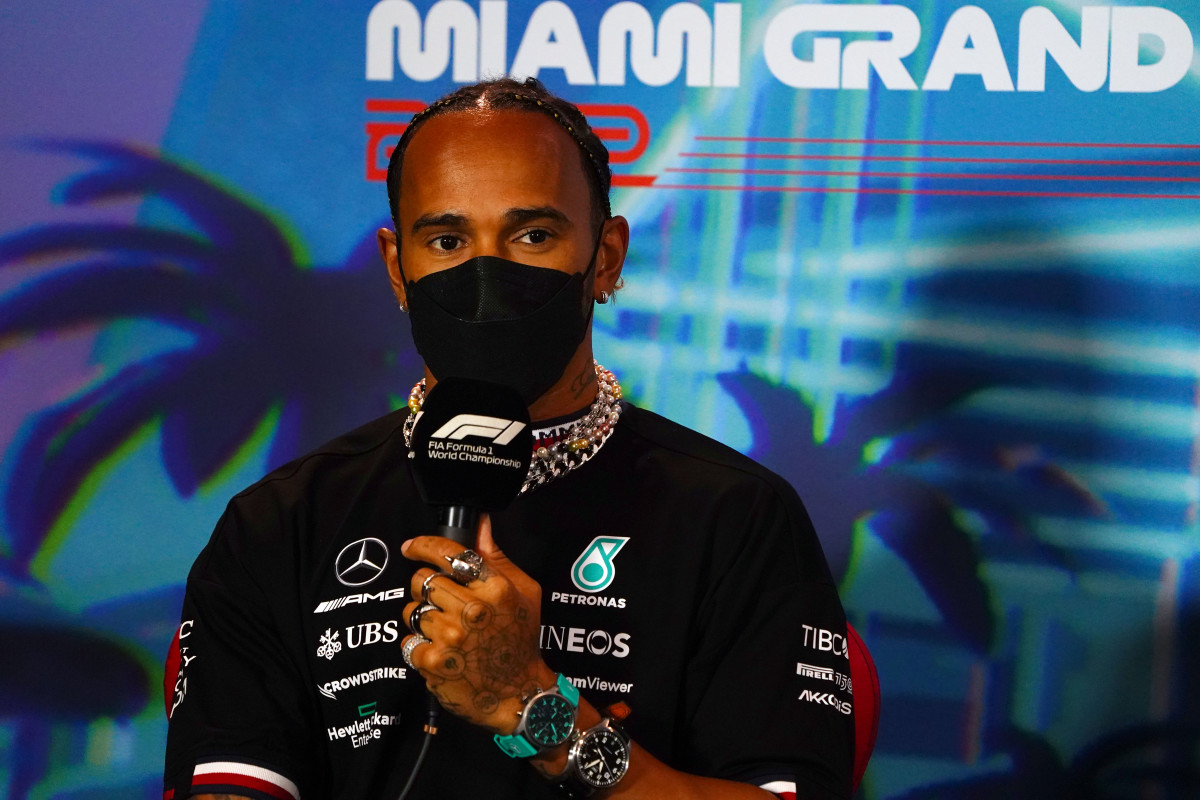 Lewis Hamilton: Sixth in the Drivers’ Championship standings. These words are usually not found or used in the same sentence.

But, after the first five races of the season, it is the reality of the start of the 2022 Formula 1 Championship for the seven-time champion.

Hamilton has never finished below fifth in any season in Formula 1. Don’t expect him to. Hamilton has the most Formula 1 wins of all time and is tied for the most drivers’ championships of all time for a reason: he’s a genius behind the wheel. Many writers have picked him to win the title this year or challenge for the title enough for Mercedes to win the constructors’ championship.

However, not even Hamilton can make up for Mercedes’ struggles with porpoising, or the new F1 car or changing tires from 13 to 18 inches wide this season. He has struggled so acclimated to the new cars that he is 23 points behind freshman teammate George Russell.

Hamilton’s struggles are rightly a shock to many. But, when you look at the history of Formula 1, there is a driver who had a situation comparable to that of Hamilton.

The name of this driver is Michael Schumacher.

Back to this season. At 37, Hamilton is coming off a title fight in which he could have claimed his fifth straight championship and eighth overall in 2021. But Max Verstappen was lucky with a late safety car in the final round in Abu Dhabi and was able to pass Hamilton to win the championship.

Surprisingly, Schumacher struggled to start the 2005 season. He reached seventh place in the opening race in Melbourne before having to retire due to a collision with Nick Heidfeld.

In the first five races of the 2005 season, Schumacher only achieved one podium, when he finished second to Fernando Alonso at San Marino in Italy. Both Schumacher and Alonso were helped to their positions when Kimi Raikkonen had to pull his McLaren out of the lead due to mechanical issues.

In the first five races of the 2022 season, Hamilton also achieved just one podium, third in the opening round in Bahrain. Hamilton was also helped by Verstappen and teammate Sergio Perez who retired while ahead of Hamilton.

Like Hamilton, Schumacher was in the middle of the driver standings in five races in 2005. He was in seventh place.

Schumacher bounced back from his poor start to the 2005 season. He finished the season third in the standings after five podiums, including one victory. Schumacher was far behind the top two drivers this season. Fernando Alonso won his first world title aged 24 with Renault, while Raikkonen finished second in his McLaren.

Going back to this season, expect Hamilton to mirror Schumacher’s 2005 season. Hamilton and Mercedes are too good to fight in midfield every week. More podiums and maybe a win or two are in store.

Like Schumacher, Hamilton is far behind the two young drivers at the top of the standings.

Charles Leclerc at 24 is in first place and Verstappen at 24 is not far behind in second.

The 2005 season was a changing of the guard. Alonso won his first of two titles as Raikkonen had a fairly fast car but had reliability issues. Schumacher never won another world championship after 2004. Raikkonen had to wait until 2007 for his only world title.

Will 2022 be a similar changing of the guard? The ingredients are there. Leclerc has a solid lead and the most reliable car like Alonso. Verstappen has the pace, but like Raikkonen he suffered from reliability issues early on.

One thing is certain: Father Time is undefeated. Whether Hamilton is defeated by Papa Time this year or in years to come remains to be seen.