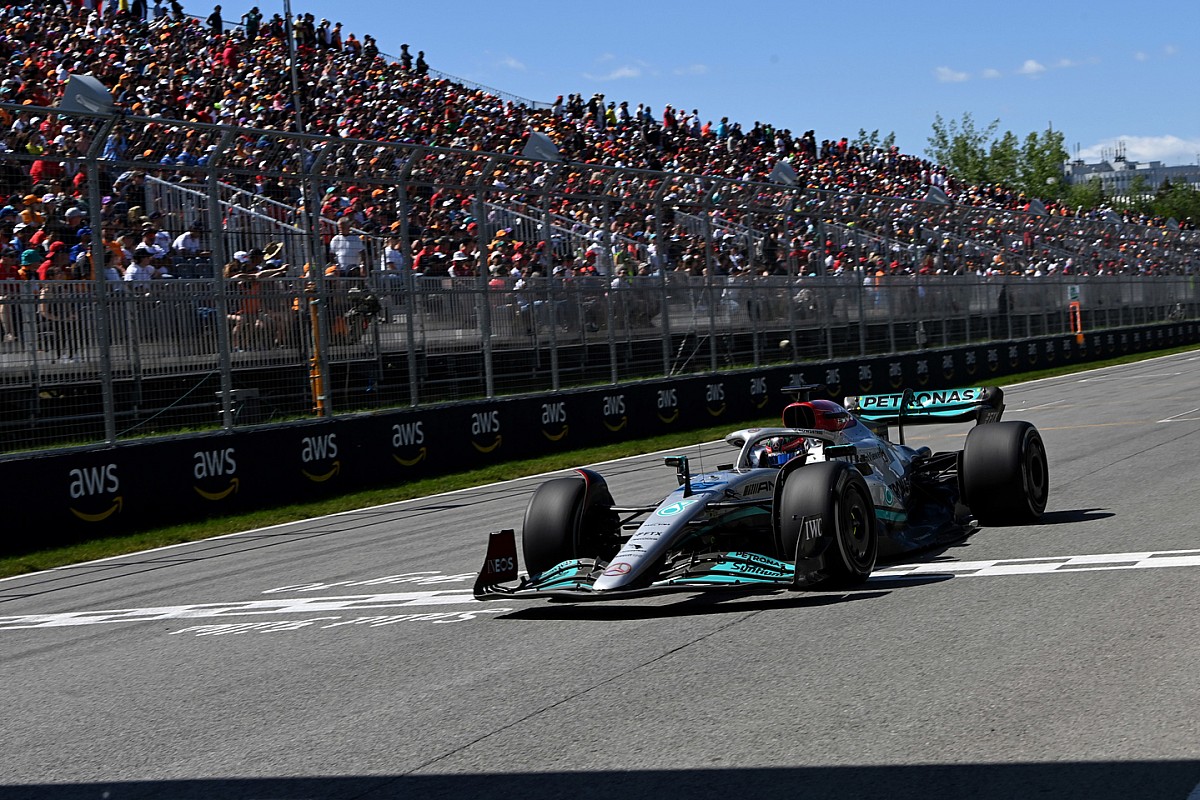 Fan abuse of F1 drivers should be ‘eliminated’

The growing popularity of F1 in recent years has been accompanied by a polarization of fan opinions in favor or against particular drivers, particularly on social media.

Russell cited a real-life example of being booed by a fan for no apparent reason during the Canadian GP parade lap.

“I think as your profile goes up, there’s definitely a lot of positives,” he said. “But there are also disadvantages that also require a bit of readjustment. In Montreal, someone shouted my name and booed on me.

“And I’m just sitting in the car during the drivers’ parade. And it’s quite strange to understand that this 35-40 year old guy boos me when I don’t even know him. I just try to be on my own and do my best at every race I go to and put on a good show and be polite and nice to everyone.

“So there are some things that you have to get used to and just accept that unfortunately this is the world and the society that we live in right now. And this is another example of something that needs to be eliminated.

“What gives this guy the right to boo anyone?” What gives these football fans the right to insult the players? They just do their job, do their best to have a career. And I think that’s what a lot of people don’t really like about that position.”

The GPDA director also expressed his support for anti-racism messages coming from various F1 players in light of the recent Nelson Piquet and Juri Vips controversies.

“I think it’s clear that we all need to do more to eradicate all the racism that is rampant not just in the world of motorsport, but in society,” he said. “And I think it also goes deeper than that – social abuse that people receive online.

“I think it’s great to see so many people coming together and making their point. And I think we all have a duty to do more. And it’s just shocking to see nowadays that we continue with that.”

When asked if he thought F1’s statement was sufficient, he asked why the pre-race anti-racism knee gesture had stopped.

“I don’t think anything is really enough,” he said. “I haven’t seen the F1 statement itself so I can’t comment on that alone. But I think I heard earlier that it’s been two years since the first race in 2020 when we all took a knee in Austria.

“And I think when the decision was made to stop, a lot of people wondered why are we stopping this? Because it’s not like racism has been solved, and there’s no still no racist abuse circulating. There is a lot of circulation.

“And I think this week it’s just shocking to see him from two different ends of the spectrum, from someone who is clearly, I would say, stuck in his ways, from an older generation, but also from a youngster. I think we need to do more.”

When asked if the GPDA would talk about the return of the knee gesture, he replied: “I’m not sure what exactly we’re going to talk about, but there are definitely some conversations we need to have and talk among ourselves to use our platform for a greater good.

“I think we’ve talked about it so much over the last two years, whether it’s mental health, anti-racism or anti-social abuse, and we’re just racing drivers, we’re not sort of politicians.

“I think we all feel a duty to use our platform to not only help educate people, but all of us on a number of these topics.

“But when it comes to racism or social abuse, I don’t think anyone needs education there. It’s just shocking to see it’s still going on.”