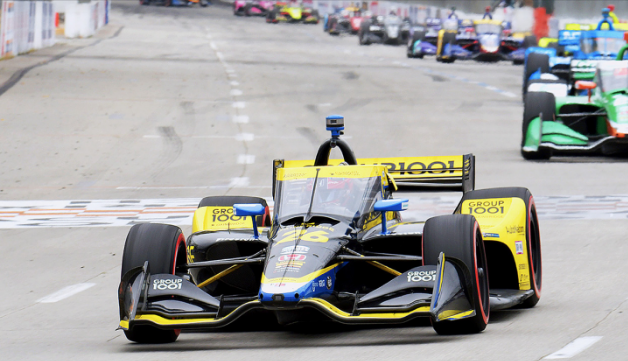 Fans are back at the Acura Grand Prix of Long Beach

By TIM YUJI YAMAMOTO, Special for The Rafu

The 47and The Acura Grand Prix of Long Beach will have a big noticeable difference for this year. Masks and proof of vaccination will not be required.

Jim Michaelian, President and CEO, made the announcement at the Media Day luncheon held March 29. He said he was asked how he was planning the event for April, his scheduled normal time, only 6 months since last September due to his push back due to the pandemic. His response: “Easy. It was simple thanks to the dedicated staff we have.

“We’re thrilled to be able to welcome people back and say, ‘Hey, come back, it’s April, it’s spring, it’s vacation time, it’s Long Beach time, it’s is the time of the Grand Prix’.”

Ikeda explained in more detail in my interview that Chiaki is multicultural, being Japanese and American, much like Acura was created in North America but with roots in Japan. There are plenty of Easter eggs in the videos showing banners with real names of partner companies and background backdrops showcasing Long Beach and the Grand Prix course.

The complete “Chiaki’s Journey” series is available on YouTube: https://youtu.be/GQlK7RdNA4M

Last year’s defending winner, Colton Herta, driving his #26 Gainbridge/Andretti Autosport/Honda, is hoping to replicate his victory. He says of this season so far: “It was fun but a bit of a journey. A fourth place and a 12th place (is) not where we want to be. Hopefully we will be good next race weekend.

Last year’s Grand Prix has been pushed back to September. It was the final and also the decisive race of the NTT IndyCar championship. Spaniard Alex Palou won the championship with the most points overall, even with a fourth place.

Former Long Beach winner and two-time Indy 500 winner Takuma Sato of Japan did not have his contract renewed with RLL (Rahal Letterman Lanigan) after the Long Beach race last year. The 45-year-old from Tokyo has signed with Dayle Coyne Racing with RWR and will drive the #51Nurtec ODT/Honda. Sato placed 10th in St. Petersburg for the season opener and 20th in Texas.

Although Sato is with a smaller team this year, he has had success in the past, such as with AJ Foyt’s team, with whom he won his first NTT IndyCar race at Long Beach.

Other races on the race weekend:

Practice, qualifying and racing for the Acura Grand Prix of Long Beach will take place April 8-10. For ticket and event information, go to http://gplb.com.

Long Beach’s 1.97-mile temporary street course runs through the streets of downtown Long Beach, surrounding the Long Beach Convention and Entertainment Center and encompassing the Aquarium of the Pacific and part of The Pike complex outlets. The start/finish line is on Shoreline Drive.

Grand National 2022: What is the prize money? Where is it held?