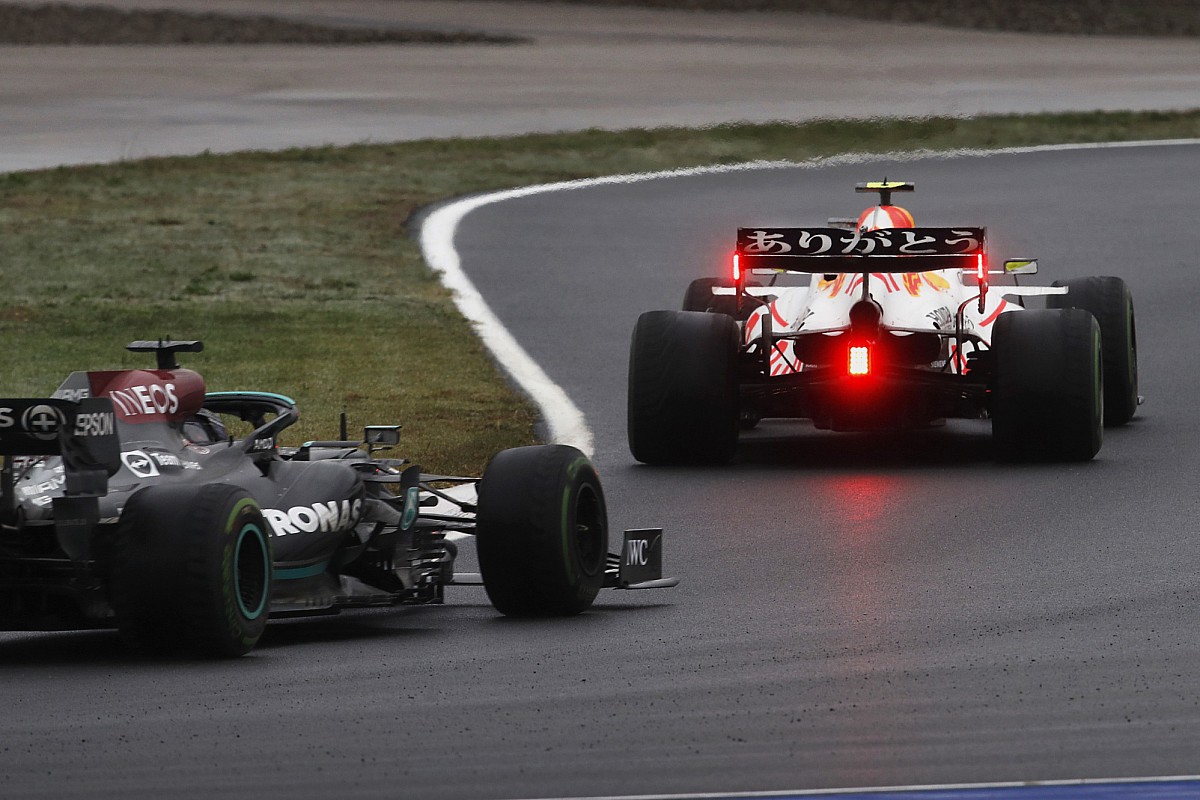 At the end of the 34th lap, the duo ran side by side through the final corners and Perez came out wide in the pit entrance. He then passed the wrong side of the terminal before returning to the track.

The Mexican then managed to stay ahead of Hamilton when he arrived at Turn 1.

Some observers believed Perez might be in trouble for leaving the circuit and behind the terminal before joining and saving his position.

Masi says he looked into Perez’s incident but there was no formal investigation as it was not a failed shutdown – Hamilton received a reprimand in Germany in 2018 for committing such an offense.

“I watched it, absolutely,” he said.

“But as our rules indicate in the notes, you should only stay to the left of the terminal if you agree to enter the pit lane.

“So nothing in it. It was a good, tough race between the two of them. Neither team has raised the issue curiously enough, neither Mercedes nor Red Bull. Good hard fight, keep going.

There was no comment from the drivers immediately after the incident, although later in the next lap Perez said, “He pushed me,” to which his race engineer responded: “Copy Checo, good defense.”

Usually, drivers make such comments in part to defend their actions at race control.

However, as Masi noted, neither Red Bull nor Mercedes spoke to him over the radio to suggest the other driver was at fault in the incident.

“We don’t listen to all drivers’ radios. And generally, teams know full well that if there is a problem they want to investigate, as you all know, the radio panel will turn on very quickly!

After the race, Perez no longer hinted that he had been pushed back.

“This first stint was so difficult for me, especially towards the end and Lewis was pretty quick,” he said. “I think at the time it was the fastest car on the track, so holding it back at that point was quite difficult.

“We had a good fight. I even had to avoid the pit terminal at the pit entrance, but it was a good fight overall and I managed to stay ahead.