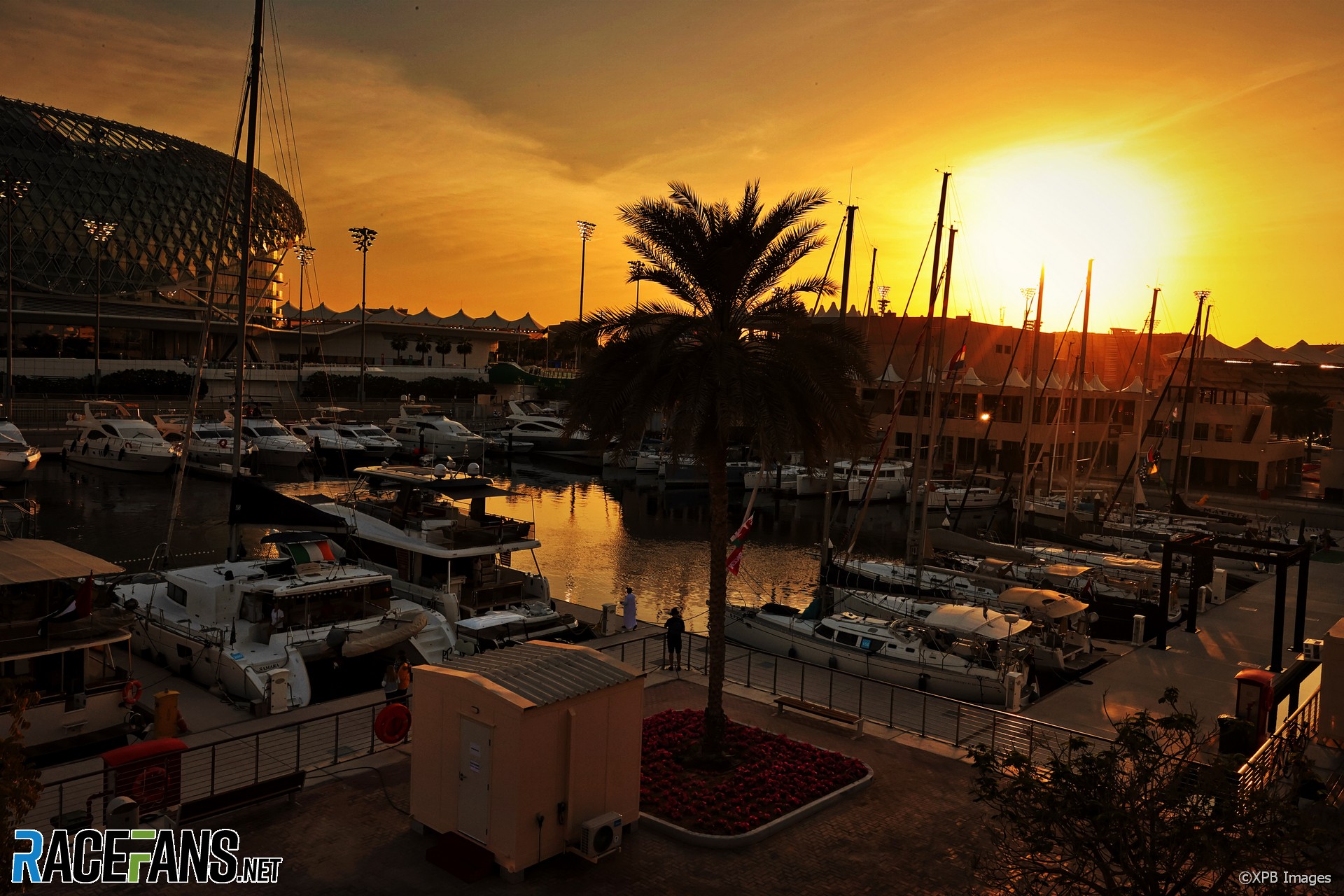 At the end of the longest season in Formula 1’s long history, the teams are just as happy to see the checkered flag as anyone. With livery launches and evening entertainment, there are plenty of opportunities to catch up with key figures before the last race of the year.

Most F1 people were anxious to leave Saudi Arabia after the grand prix – possibly due to the country’s alcohol ban – so Emirates made a special flight to Dubai, essentially an Airbus A. -380 of 500 places. That, however, meant queues at the Covid-19 test center and car rental desks.

Tuesday, I respond to McLaren’s invitation to an â€œF1 meets artâ€ unveiling at the Iris restaurant on Yas Island. Sponsor Vuse commissioned local Egyptian-born artist Rabab Tantawy to dress the two McLarens in a livery that combines the team’s historic papaya coloring with local themes.

In my eyes, it works: not only are these â€œmyâ€ colors, but I have a weakness for the concept, having already drooled on BMW Art Cars.

I’m heading to the circuit for an on-site Covid test and I’m promised a certificate by email – I’m still waiting. Although I get a “negative” text message which is accepted for entry to the tour but not in most malls and restaurants. Apparently the local app-based system works 70% of the time, another 20% can be sorted, but the remaining 10% don’t stand a chance – although all subjects follow the same procedures.

I return to the Yas Marina circuit at noon before the FIA â€‹â€‹press conferences and various exclusive interviews that I had organized, notably with Sergio Perez of Red Bull and Franz Tost, the boss of the AlphaTauri team. During the interviews, Checo and Franz share their thoughts on Max Verstappen; and both think he’s the best on the grid right now. Such an honest opinion of a teammate is the most telling.

The unveiling of Pirelli’s 18-inch 2022 tire is set for 6 p.m. and along the way, I reflect on the day’s activities as this event marks F1’s final four-day weekend: next year, the F1 is switching to Friday-Sunday format – including Monaco – for cost reduction reasons, with media sessions scheduled on opening day before the start of on-track activities. Will we have less news to report, or will the volume stay about the same? Time will tell us.

During Pirelli sunset time, I inquire about the use of intermediate and wet tires for this event. Although dry skies are expected throughout the weekend, F1 regulations state that each driver is awarded three sets from the first and four from the last. Have these been fitted to rims I wonder? The point is that they cannot be removed and reused after assembly because their balls are damaged in the process.

I’ve been told that one and two sets of each have been fitted per driver respectively, but the Pirelli spokesperson adds that next year’s wet and mid wheels (18 inches) are designed to be reused and the rims (standard) designed accordingly. Pirelli is not yet convinced that slicks can be recycled due to the higher lateral and torque forces on dry asphalt. They are, however, working on a solution.

Still, the net effect under current regulations is that 240 undamaged tires – 12 tires per driver x 20 cars – will be scrapped on Sunday evening. These will then be shredded at the base and then shipped to a construction site to be used as a binding material for concrete used in some or other high rise building and road projects. An ignominious end to those ultra-hi-tech tires only because we are racing in a desert.

After Pirelli’s launch, I head along the labyrinth-shaped marina in search of berth 46, where Red Bull is having an end-of-year party for some media. It turns out to be a fun night with an endless flow of food and refreshments and very little talk of the upcoming title battle. Indeed, the evening turns out to be the perfect antidote to the press conferences of the day and the tensions off track.

I arrive at the circuit shortly before noon, then walk around the paddock, where I meet a variety of people, including Julian Jakobi and his son Alexander. They run Perez, but among other pilots Julian previously ran the careers of Ayrton Senna and Alain Prost simultaneously. Over the years, I have spent many happy hours listening to stories about “those” days and urging him to write a book about the stories of the past.

I usually ask for a trackside tabard for the third training session, but I booked one for the second session (evening) on â€‹â€‹Friday due to the sweltering afternoon heat in Abu Dhabi. So before the second practice session my colleague Sandor and I head to the inside of the last corner before making our way to the halfway point and then turning around. Looking into the hotel tunnel, Kimi Raikkonen, driving on the last Friday of his career, loses him and sinks into the barriers.

It’s always fascinating to watch the driver’s reactions after a crash: Raikkonen stands still for about 30 seconds as he takes stock, then exits the cockpit, jumps, and examines the damage. In the process, he spots broken pieces next to the car and throws them into the cockpit – then waits for the medical car. He arrives, he goes up and they leave. It’s over in five minutes, but too late to restart the session.

As I return to the media center, I reflect on the shoot: Before Raikkonen’s shunt, the most impressive driver in my opinion is Esteban Ocon, who looks noticeably faster than the others – which proves it when I check out the timesheets: the French Alpine The driver is the second fastest after Hamilton, whose obviously faster car seems to be more â€œplantedâ€.

At 7pm we have a special media session from Christian Horner where he suggests that there is an anti-Verstappen narrative set up by the ‘Mercedes media machine’. It might be a bit of a stretch, but the team recently had a real conflict with the UK F1 broadcaster live.

Two of Sky Sports’ Christmas identities were removed by the broadcaster after performances of Red Bull. The crash of Verstappen’s 51G Silverstone was among the footage used in the footage which then wished viewers a ‘Merry Christmas’. Surely they could have used different images for a festive message, and I wouldn’t be surprised if the Verstappen camp refuses to be interviewed by Sky this weekend.

After the Horner session, I head to the W Hotel – that multicolored, framed building that dominates the marina skyline – for an end-of-season snack with F1 CEO Stefano Domenicali. This weekend marks the end of his first year at the helm of F1 – he couldn’t have asked for a better final.