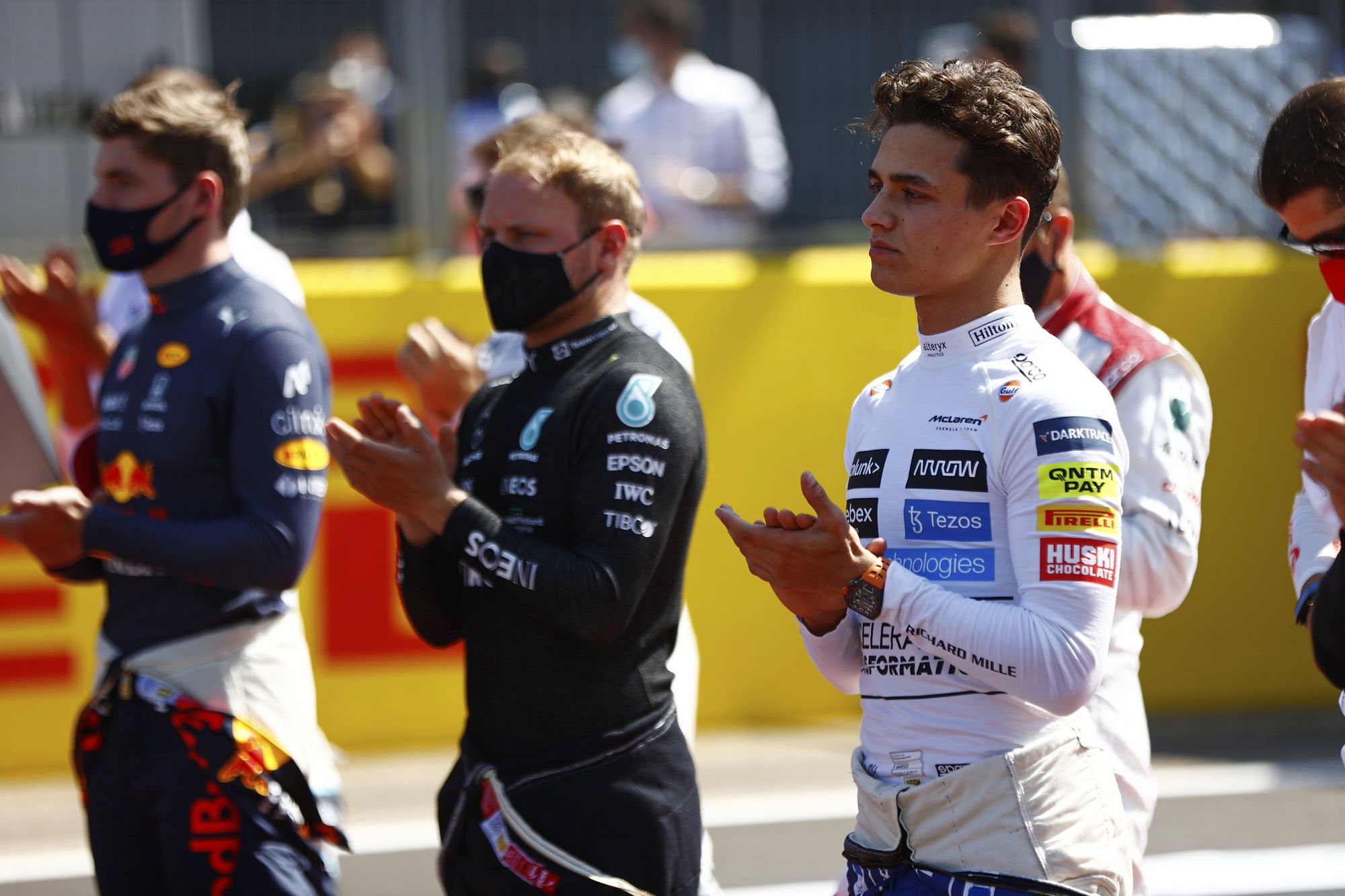 With a new calendar year comes a new Formula 1 season as we bring you all the moves and lineups for 2022.

With 2021 firmly behind us, we now envision a season of uncertainties as many changes in technical regulations are expected to upend the order. However, 2021 has seen some pilots bid farewell and take on new challenges. With new faces at Alfa Romeo, Mercedes and Williams, as well as a new recruit joining the peloton, we take a look at how the 2022 grid will evolve.

The reigning champions retain the services of Formula One’s most successful (and newly knighted) driver, Sir Lewis Hamilton, after narrowly missing the title in a dramatic and controversial fashion at the Abu Dhabi Grand Prix. The 37-year-old has been silent during the winter break and remains tight-lipped on his future with Mercedes beyond 2022.

Hamilton will be joined by ex-Williams George Russell, who replaces outgoing Valtteri Bottas. Russell impressed in 2020 when he came close to securing victory at the Sakhir Grand Prix after replacing his new teammate who had contracted COVID-19. An all-British lineup for the German marquee promises to be fascinating, as Russell will be hungry for success after the bitter disappointment with Mercedes in 2020.

It’s a season for Red Bull which has its first world champion at the wheel since Sebastian Vettel in 2014. The Verstappen have chosen to pick the No.1 car for 2022 (the first time since 2014 when, again, Vettel has took the number). The Dutchman is now the man to beat as new regulations mean a potential grid reset – so the title could belong to anyone!

Perez is joining him as a teammate for a second consecutive campaign, with 2022 being the first season in a few years where Red Bull has had consistency in their driver pair. After parting ways with Pierre Gasly and Alex Albon in 2019 and 2020, Red Bull will look to Perez to help them win the constructors’ title this year. The Mexican has proven his worth with a few star performances in 2021, and he has played key roles in helping Verstappen claim the title.

The end of the 2021 season saw Ferrari claim third place in the constructors’ title after a fierce battle with former rivals McLaren. Leclerc continues his long relationship with Scuderia after joining the team in 2019. The Frenchman didn’t win in 2021, but a number of podiums and solid training saw him finish seventh in the standings. With Ferrari setting ambitious goals of striving for consistent wins in 2022, Leclerc could be one to watch.

Ferrari has opted for regularity in 2022 and will keep Sainz for its second seat. After a rocky start until 2021, the former McLaren man got to grips with his car, eventually overtaking his teammate Ferrari and McLaren’s Lando Norris. Expect Sainz to fight for a victory or two in 2022.

Another team that is keeping their drivers for another year, McLaren has grown steadily since 2019 and is a regular visitor to the podium. However, 2021 was a pivotal year in recent team history, winning their first race since 2012 as Ricciardo led a double at the Italian Grand Prix. Ricciardo had struggled all season, and the victory showed that the fire was still burning inside the Australian. With a new car and new regulations, Ricciardo is a driver to watch closely throughout 2022.

Norris is emerging as one of the most experienced drivers on the grid with 60 Grand Prix starts to his name. However, the young Briton is still in the early stages of his career and enjoyed his most successful season to date in 2021. With 160 points scored, a sixth place in the standings and four podiums including a second place in career in Italy, the only path is open for the 22-year-old.

Alpine was in a strange place throughout 2021 with his car seemingly struggling against Ferrari and McLaren, but winning the Hungarian Grand Prix. Two-time world champion Alonso has remained a solid pair of hands with some solid runs for the team, and will look to build on the momentum the Enstone team built towards the end of the season.

Ocon was more than a game for seasoned teammate Alonso at times in 2021 and took a surprise victory in Hungary, beating Vettel and Hamilton to take the checkered flag. The Frenchman is a bit of an F1 regular now having started with Manor in 2016. A year off in 2019 as the Mercedes test and reserve driver didn’t dull his skills with regular points in 2020 and 2021.

It was a bit of a mystery how Red Bull’s sister team came in seventh in the standings for 2021. After regularly battling with McLaren and Ferrari for the best of the rest, a mixture of misfortune and mistakes caused the team to lose points. Gasly had a phenomenal pair of seasons after rebounding from being scrapped by senior Red Bull squad in 2019, he rose to the challenge and has consistently been in the top five.

Tsunoda has had a lukewarm start to life in F1 – the 21-year-old is clearly quick, but inconsistencies and mistakes have caused him to lose points throughout 2022. Getting closer to the team’s factory in Italy has proved successful with a strong end to 2021 The new season is expected to see more developmental growth for the Japanese.

The newly appointed British squad have had a rough start to life in F1, but hope that this consistency will help bolster their chances in the second season in 2022. Quadruple world champion Vettel has performed well, but is saw removing a podium. in Hungary due to fuel irregularities. This will be the Germans’ 15th season in F1 and they will be looking for more pace in 2022.

Stroll joins Vettel for the second time in 2022 and the new regulations will give Canadians opportunities to step up in the field and improve Aston Martin’s seventh place among manufacturers.

With the end of their long-standing relationship with Russell, Williams opted to replace Albon with the former Red Bull. After spending 2021 on the sidelines with Red Bull, Albon will be eager to get back on track. Williams are a growing team, having gone from being the slowest car on the grid to a steady fight for points. Eighth place in the Manufacturers’ ranking attests to their progress.

Latifi is entering his third season with the British squad and has scored seven points in 2021. The new season will give the 25-year-old plenty of opportunities to build on his progress.

This is a whole new range for Alfa Romeo which bids farewell to retired Kimi Raikkonen and Formula E entered Antonio Giovinazzi. In their place comes another fast Finn in Bottas who helped help Mercedes to winning back-to-back constructors’ titles from 2017 onwards. It will be a new start and a new challenge for the 32-year-old and the new regulations should provide some intrigue as to where he will race in the peloton.

Zhou joined F1 from Formula 2 and the Asian F3 Championship where he was champion. A strong season in F2 saw the Chinese driver finish in third place, but the 22-year-old has F1 experience after being the test driver for Alpine in 2021.

Haas has gone for consistency this year and Mazepin and Schumacher will be happy to ditch their 2021 cars in favor of their 2022 challenger. Last season has been a year of growth for the rookies at the time and their sophomore year will bring point opportunities. The US-based team have been working on their 2022 car for a long time, not having developed their car at all last season.

How to Watch the “RuPaul’s Drag Race” Season 14 Premiere