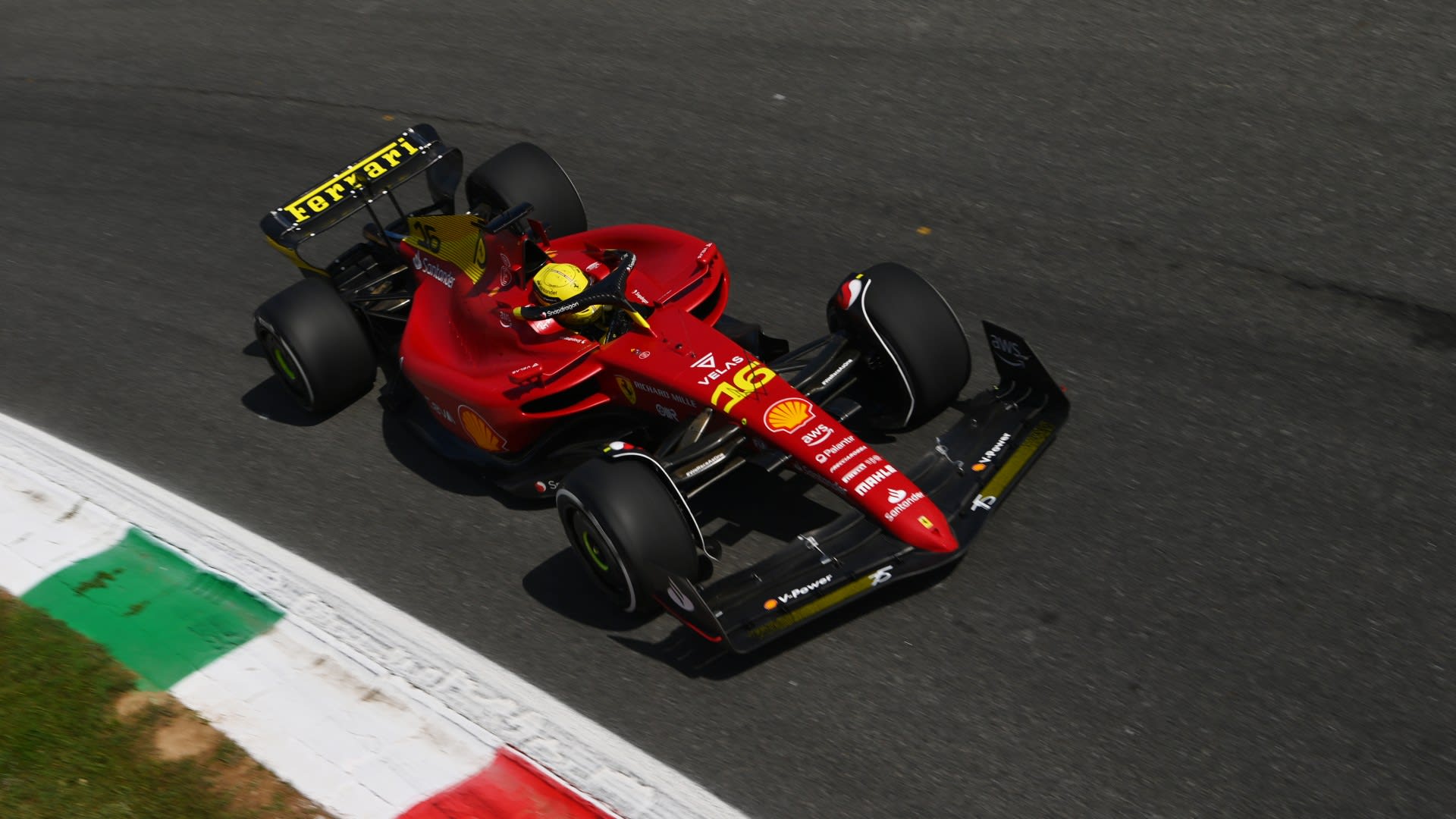 Charles Leclerc led a Ferrari one-two in the first practice session of this weekend’s Italian Grand Prix, topping the timesheets ahead of team-mate Carlos Sainz and the Mercedes drivers.

Leclerc set the benchmark of 1m 22.410s, on the soft tyre, to edge Sainz by 0.077s – with George Russell completing the top three, just under three tenths slower than the Monegasque.

Lewis Hamilton – who picked up a back-of-the-grid penalty at Monza – was fourth quickest, a tenth behind team-mate Silver Arrows.

Max Verstappen was fifth fastest – although the Dutch rider was caught behind Lando Norris in the final sector on his fast lap. The Red Bull driver was, however, a second quicker than the rest of the field on hard tyres.

Esteban Ocon was sixth fastest in the session, just ahead of his Alpine teammate Fernando Alonso in P7.

READ MORE: Why the stories of Ferrari and Monza are intertwined, as Leclerc and Sainz prepare for a critical weekend

Alex Albon was the 11th fastest driver – just a tenth of a second out of the top 10 – in the Williams ahead of Alfa Romeo’s Zhou Guanyu in P12.

AlphaTauri’s Pierre Gasly was called into the pit lane at the start of FP1 with a technical problem although he was able to come back and finish 13th.

Sergio Perez’s other Red Bull had DRS issues and so finished 14th, just ahead of Aston Martin’s Lance Stroll, with Lando Norris taking 16th for McLaren.

READ MORE: This track has never been good for us,’ says Verstappen as he aims for maiden win at Monza

The two Haas of Kevin Magnussen and Antonio Giovanazzi – who replaced Mick Schumacher – were 17th and 18th respectively.

Nyck De Vries – replacing Sebastian Vettel at Aston Martin – was seen making aero rakes during the first part of the session and then set a good enough time for 19th, just ahead of Williams’ Nicholas Latifi in 20th.