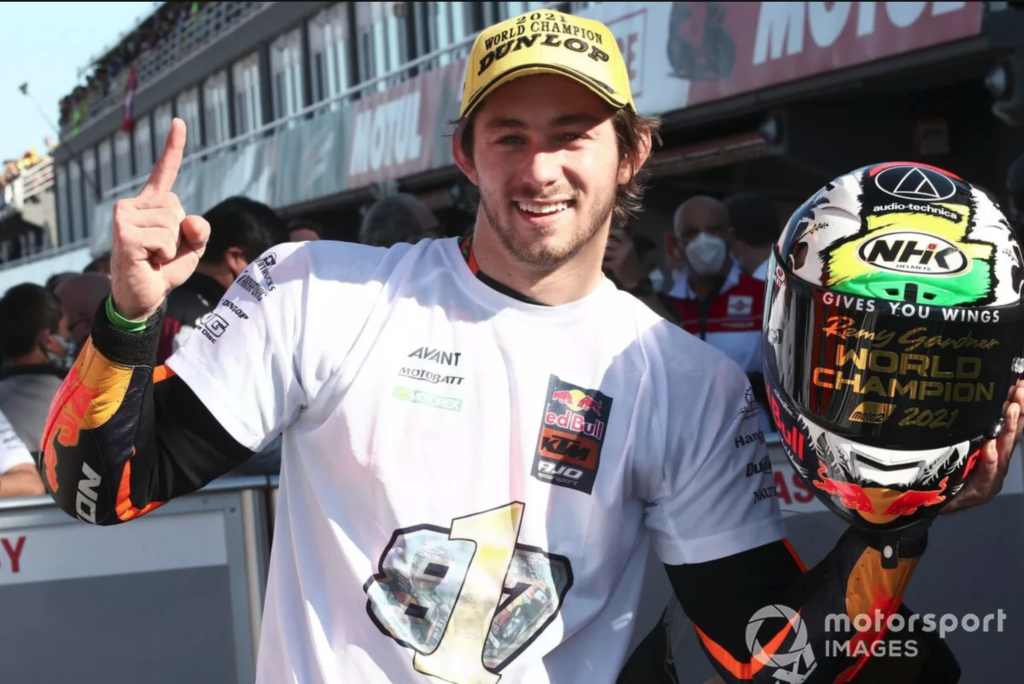 The 2021 Moto2 World Championships ended in Valencia on November 14 and were won by Australian Remy Gardner, who trained well in his youth with the Central Coast Junior Motor Cycle Club.

The Moto2 series took place over 18 events from March to November, held in locations across Europe, the Middle East and the United States.

Before the last event in Valencia on November 12-14, competition was particularly close between Gardner and Spanish road racer RaÃºl FernÃ¡ndez.

Although FernÃ¡ndez won all three days of racing and scored a total of 307 points in total, a 10th place finish for Gardner was just enough to earn six points and rise to the top with 311 overall.

The Australian managed to achieve this despite breaking two of his ribs on the first day of the race, battling the pain for the remaining two days, then finishing high enough for his overall score to turn good.

As a junior, Remy was an active member of the local Motor Cycle Club based on the wide long track circuit of Debenham Road North, Somersby.

Club president David Smith said he clearly remembers the time Remy and the Gardner family spent on the Central Coast track, noting that Wayne’s son was determined to succeed from a young age.

â€œRemy was very determined to do his best in everything he did and he did it, so we are all very proud of what he did,â€ said Smith.

â€œEspecially being under the weight of his father’s name, he stood in his place throughout this, Remy has always been Remy.

â€œAs a young child, he was determined that whatever he did, he did 100% and achieved his goals – he always did everything he could to be good at what he did.

“Whatever Remy’s dad said to him, he would try it, his style was taught by his dad, the style he had was something to admire.”

For Remy, although he is still in the process of repairing his rib injury, preparations for MotoGP 2022 have already started with his first test at Circuito de Jerez in southern Spain.

Three more tests will take place in the first two months of next year before the start of an improved 21-round season across the world from March through November.

For the 19th round, the series will stop at the Phillip Island Grand Prix circuit in Victoria on October 16.