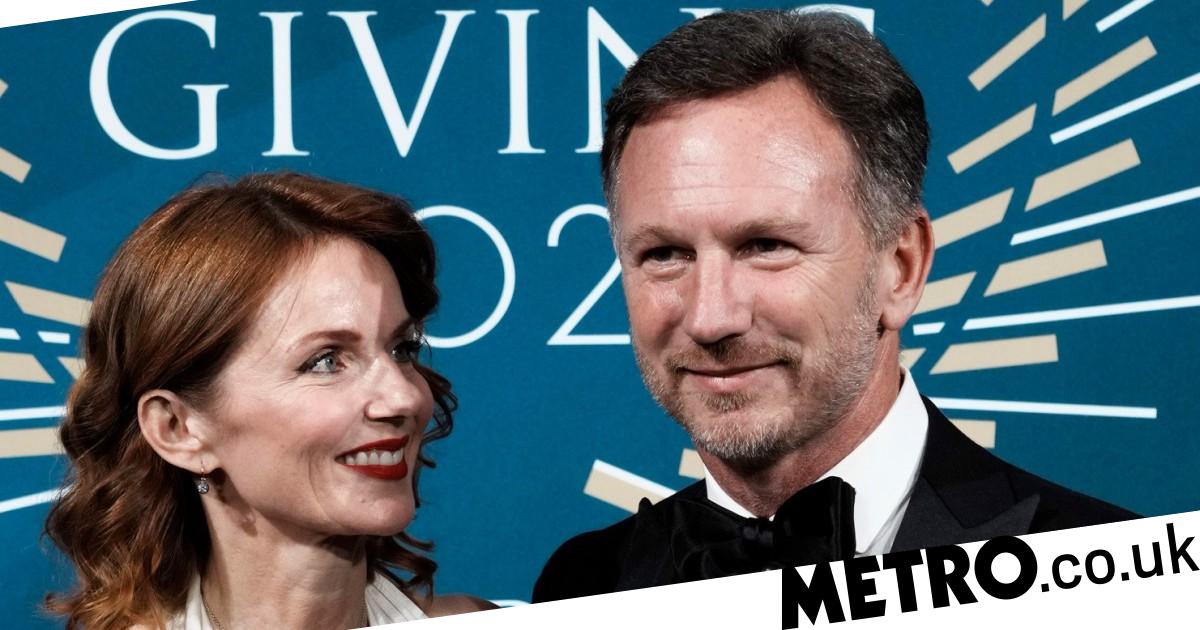 Christian, who is the manager of the Red Bull Formula 1 team, has been in seventh heaven since Sunday after Max Verstappen won the world championship title at the Abu Dhabi Grand Prix, beating Sir Lewis Hamilton.

The event was to reward the winners of various championships organized by the FIA, while recognizing drivers less known for their contribution to motorsport.

Geri, 49, stunned on the red carpet in a white halter neck dress with a plunging neckline, similar to the iconic white dress the late icon Marilyn Monroe wore in the 1955 film The Seven Year Itch. She styled her red hair in loose Hollywood curls, perfectly suited to the vintage look.

Christian, 48, matched the sophistication of the Spice Girls singer in a black tuxedo.

The singer shared more photos from the whole night, including one of her planting a kiss on Christian’s cheek and mischievously running away towards the camera, leaving him to wipe his face.

Elsewhere during the night, Geri mingled with Verstappen’s girlfriend, Brazilian model Kelly Piquet, the two posing for pictures together.

It comes after Geri was seen celebrating Christian’s victory in the thick of the action on Sunday.

She then joined him for an interview with Sky Sports and applauded the efforts of the Red Bull team, saying: “I’m just really proud of him, I’m proud of the whole team, Max.

‘It’s a testament to what a great team they are, what a great strategy, Max is brilliant, Checo [Sergio Perez], and of course I think they have the best team manager I have to say. ‘

Praising her spouse, Geri said while giving him a warm hug: “Forgive me for being so honest, but I have to say Christian told me this has been the most difficult year. he’s ever known, but they make such a great team together. ‘

Do you have a story?

If you have a celebrity story, video or photos, contact the Metro.co.uk entertainment team by emailing us at [email protected], calling 020 3615 2145 or by visiting our Submit page love to hear from you.

MORE: Ronan Keating Confirms He Had Vasectomy On Celebrity Juice: “I Got It! Freedom!’