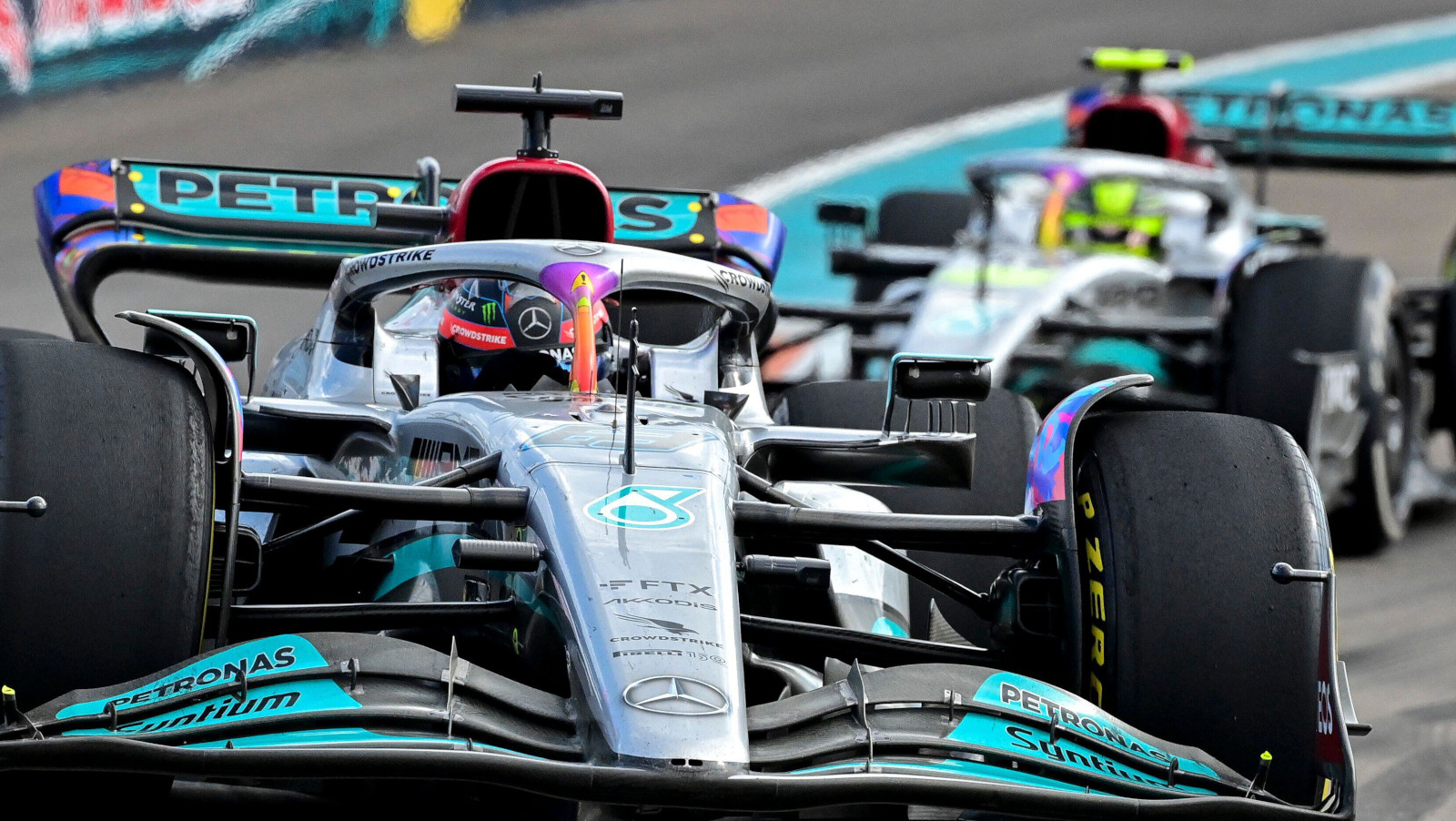 The introduction of new regulations for the 2022 campaign has coincided with an alarming drop in form for Mercedes, with the Silver Arrows no longer looking like race winners and title contenders, instead battling to lead the midfield as Red Bull and Ferrari clear out ahead.

P3 remains the best result for Mercedes in 2022 after five rounds, with George Russell and Lewis Hamilton having both achieved this result once.

There is still plenty of time for the situation to change in this 22-race, potentially 23-race season. Mercedes leads Ferrari at the top of the constructors’ championship with 62 points while Russell, P4 in the drivers’ championship, is 45 points behind Leclerc . .

Van der Garde, however, believes those gaps are now too big for Mercedes to reverse.

When asked if Mercedes can recover and play a big role in the championship, as Ferrari and Red Bull predict, Van der Garde told RacingNews365.com: “No. This gap is way too big. In qualifying, it’s about six to seven tenths, but in the race it was consistently one second.

“It takes a lot of time, effort and skill to get that back. With a budget cap, it becomes very difficult.

“Of course they will jump in and maybe they will have the chance to win a race once, but I certainly don’t see them fighting for the championship anymore.”

Mercedes believe a large part of their problems revolve around the rebound of their W13, a phenomenon associated with Formula 1’s move to ground effect aerodynamics for 2022.

Could the Silver Arrows find the answer to control this rebound and eliminate this deficit?

There is a growing feeling that Russell is able to drive with the W13 bouncing more efficiently than Hamilton and therefore outperforms his teammate.

Indeed, Russell is 23 points ahead of Hamilton in the Drivers’ standings, but Van der Garde feels this is not a true representation, explaining that Hamilton suffered a lot of bad luck.

Safety car timing has already benefited Russell over Hamilton at the Saudi, Australian and Miami Grands Prix this season.

“I found him very strong in qualifying [in Miami]. He did some really good laps in a car that was really, really hard to drive and very unpredictable.

Then, on race day, Van der Garde said it was the safety car that came to Russell’s aid.

The Briton, having started P12, extended his first stint in hopes of a safety car, taking advantage of the deployment of the virtual safety car, allowing him to make his pitstop and eventually finish P5, one position ahead Hamilton.

“Russell chose to start on hard tyres. The first few laps he had a lot of trouble with that, but then he came back. He was very lucky with that safety car,” Van der Garde said.

“I thought Hamilton was really the better of the two last weekend and Russell got lucky. That’s been the case all year and that’s great for Russell, because it’s better to be lucky than [have] bad luck.”