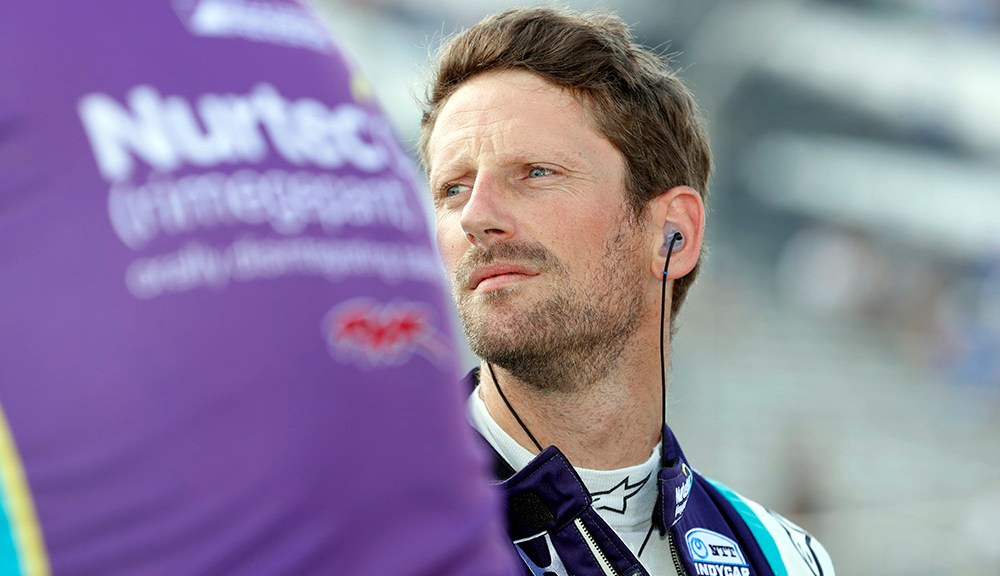 Romain Grosjean is still set to test for Mercedes at some point after his initial race was postponed last year when the date of the French Grand Prix changed.

The Frenchman was promised a test by Toto Wolff after his terrifying crash at the 2020 Bahrain Grand Prix which turned out to be the last F1 race of his career, with Wolff keen for Grosjean to have a more positive final memory in the machines F1. However, after a date was agreed at his home race at Paul Ricard, a date change prevented Grosjean from carrying out the test and it was postponed, but now Andretti IndyCar driver says it’s still in preparation for.

“I messaged Toto after Abu Dhabi,” Grosjean said. “Well, I left for a few weeks, a few weeks went by, then I messaged Toto, and he replied. He started (saying) ‘Thank you’, and then the last sentence was, ‘We gotta get you in that car this year.” Yeah, it’s still on the cards.

“There were a few little things last year that didn’t make things any easier. This year, I can’t go to the French Grand Prix because we are racing in Iowa on the same weekend. But Mercedes is definitely keen on it. I can’t wait to do it, even though my neck is going to die because I lost some of the muscle there! You can ask Pato (O’Ward) how it was. But yeah, I mean, we still want to do it, and if it happens, great, but it’s just… the main focus now is trying to win races with Andretti.

FIA and F1 are not corrupt – Brown

And the test is set to go ahead despite Grosjean’s disagreement with Mercedes’ stance on the Abu Dhabi final lap controversy, as he believes race director Michael Masi made the right decisions to leave a shootout between Max Verstappen and Lewis Hamilton.

“I loved it. It was exciting. My heart was beating like crazy, and I think to have two cars battling it out on one lap for the world championship was amazing.

“I think the wrong design is to think the world championship was one lap. It was 22 grands prix, and if you look at the whole season you know Max got the puncture in Baku, Valtteri Bottas crashed into Verstappen in Hungary their (collision) at Silverstone race I think in the end if you look at how many points Verstappen lost not necessarily his fault he was the one most deserved the championship.

“On the Abu Dhabi race, Lewis deserved the championship more; he was unlucky on the last lap. But as a racing fan, I loved that last lap, and it was super exciting to watch.

“There are several ways to see (the finish). It would have been very strange not to defeat those cars and to have Lewis first and then Max four cars behind on a lap for the world championship. On the other hand, for Lewis it was definitely not a good decision, but as a TV fan, as a viewer, for sports, I think Michael Masi made the right decision.

“I don’t think the championship would have been nice to finish under the safety car. It wouldn’t have been nice to end up with the guys separated on the track – being first and second separated by a few cars… I thought it was so cool to have these two guys running together.