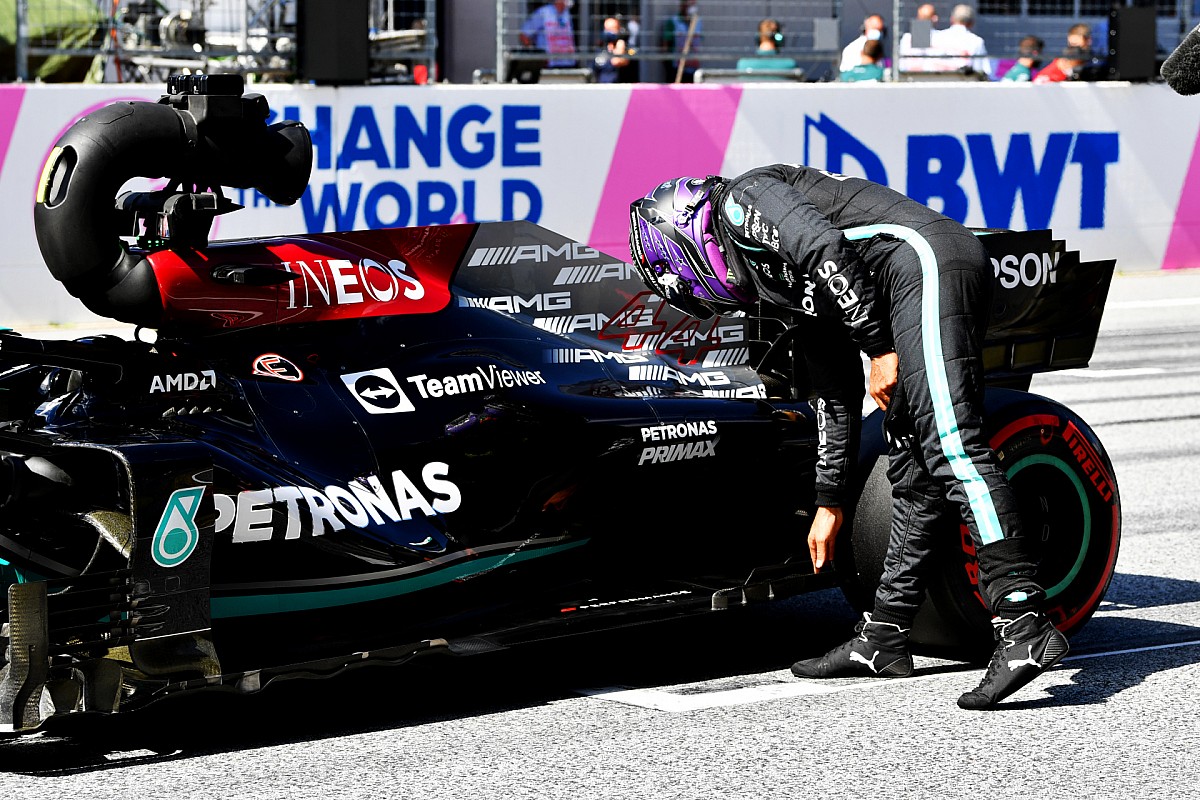 Following his loss to Max Verstappen at the Styrian Grand Prix last Sunday, Hamilton said Mercedes “needed an upgrade” after finding it “impossible” to keep up with the Red Bull driver.

The victory allowed Verstappen to extend his lead over Hamilton at the top of the Drivers’ Championship to 18 points, while Red Bull have now won the last four races.

Mercedes F1 boss Toto Wolff revealed after the race that development had stopped on the 2021 car in an effort to push resources through to 2022, but technical chief James Allison clarified that updates already underway were yet to come for the car.

â€œWe have a reasonable number of things that are going to make our car faster in the races ahead, and hopefully that will prove to be enough,â€ said Allison.

Asked about Allison’s comments ahead of this weekend’s second race at Red Bull Ring, Hamilton admitted he knew the updates were coming, but again called on Mercedes to keep pushing to get the best of it. left the car.

â€œWell, I mean, I knew we had this upgrade coming,â€ Hamilton said. â€œBut at the end of the day, everyone is working really hard.

“We are learning more and more about this car, we are finding out where we need to push more and extract more, and I have every confidence in the team that we will make over time.”

Hamilton hasn’t won any of the last four races, marking his longest winless run since 2017-18, when he was six in a row without reaching the top step of the podium.

Hamilton has shown little sign of dwelling on the growing gap with Verstappen and the increased threat posed by Red Bull this year, pointing to the long season yet to run.

â€œIt was very difficult for us from Monaco, which was obviously a bit of a disaster, and then the same for Baku.

“[It was] better in France and last weekend, but they got a head start on us. So we are working as hard as we can to see if we can close that gap.

â€œWe’re not even halfway through the season. So I am still in pursuit of this title.