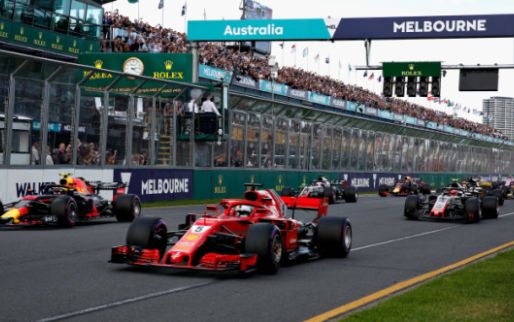 The Formula 1 circus travels to Melbourne this week for the Australian Grand Prix. After three years, the race will finally take place at Albert Park, so European fans need to get up early. Find out what time you need to set your alarm clock for the different sessions this weekend.

In 2019 there was the last real race in Australia. A year later the race was also on the calendar and the teams and drivers took to the circuit, but the weekend was still canceled on Friday morning. Coronavirus was right around the corner and after McLaren pulled out, the whole sport eventually had to pull out.

In 2020 the race did not return to the short calendar and a race in Australia also did not take place in 2021. The country where Daniel Ricciardo is from had strict travel restrictions which made an F1 event almost impossible. In 2022 travel restrictions are gone and racing in Albert Park is possible again.

Viaplay takes a different approach: ‘F1 is more than Verstappen’

Start of the weekend for a European F1 fan

Australia is no longer the opening race of the season, but the third race after the Grands Prix in Bahrain and Saudi Arabia. After two evening races, the drivers will compete in a daytime race for the first time this season. There will also be a race in the renovated Albert Park, where with a few tweaks it is hoped there will be better overtaking.

Due to the time difference with Europe, the GP weekend in Australia is a first deal for European F1 fans. The first free practice begins at 4am UK time, as does the third free practice on Saturday. The second free practice and qualifying take place at 7:00 a.m. The race starts an hour earlier on Sunday.

Top man Liberty Media: ‘The pecking order in F1 will change again in 2022’