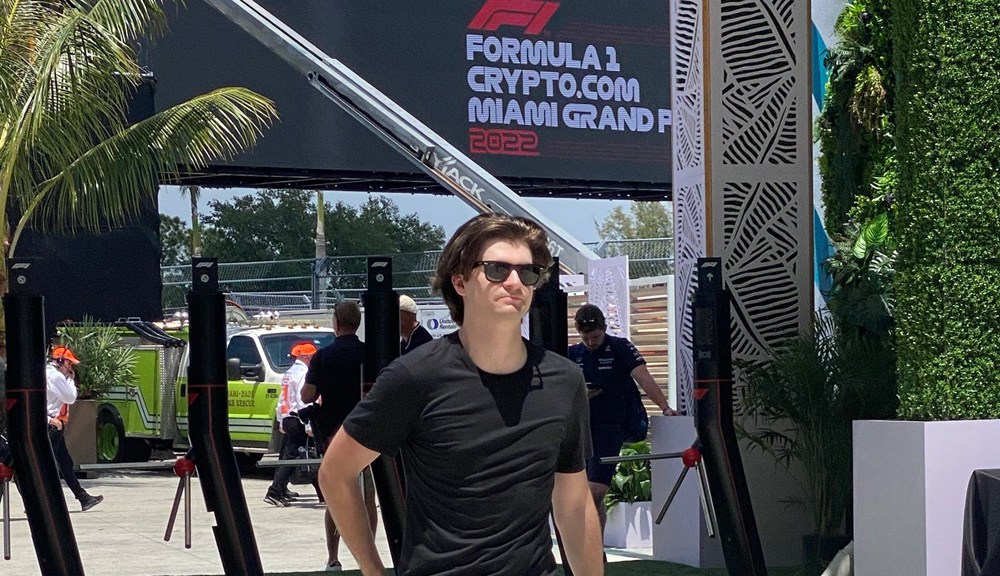 Colton Herta received the full Formula 1 driver treatment last weekend at the Miami Grand Prix as a guest of the McLaren Racing team. Whether it’s being photographed and commented on for his fashion ensemble as he enters the paddock (t-shirt, jeans and trainers) or attending engineering debriefing sessions with his fellow drivers, the star of the NTT IndyCar Series got its first good look at how an F1 weekend works from start to finish.

The experience will only help him once he begins testing a 2021 McLaren MCL35-Mercedes later this year as part of the development and evaluation program that McLaren Racing CEO Zak Brown has devised. for his fellow Californian.

Great to hang out in the @F1 paddock this weekend. See familiar faces and meet new ones. Let’s see what the weekend brings🔥🔥 pic.twitter.com/8J6HAwlszK

“It was a lot of fun, but it’s still the worst feeling in the world for a driver, isn’t it, to go to a circuit and not be able to drive,” Herta told RACER. “Obviously with the links with McLaren I’ve been able to see a lot more and I’ve never been in that capacity where I’ve been able to really see everything and look at all the driver data, see the tracks and how they make things. So it was very interesting. I learned a lot.”

In its four-car Andretti Autosport team, Herta is used to debriefing with all the drivers and engineers in a great gathering of technical minds and resources. Although the cars, technologies and budgets are very different, Herta came away with an interesting realization about the inner workings of McLaren’s racing team.

“That was the surprising thing; what they do is the same as what we do,” he said. “There was nothing they did that was really different from the way we do things except they just have a lot more people because they have a lot more things to worry about than we don’t. have not. Their cars have so many different things you can change, so many sensors and computers to monitor where most of those things are specified on our cars. But operationally, once the team came together after a session, it was surprising how similar they were.

“Everyone was very open to my presence and explained a lot of very good points. It was great to be able to see how everything worked.

Daly struggles to find a sweet spot with aeroscreen-era IndyCars

The RACER Mailbag, May 11

While Herta was busy with McLaren obligations and various social functions linked to his IndyCar sponsors on the No.26 Honda, his team owner Michael Andretti was seen meeting a number of F1 directors as part of of an effort to bring Andretti Global to the grand prize. paddock in 2024.

“I was staying with him at his apartment in Miami, and then when we got to the track, Gainbridge was obviously there in a pretty big way and had a following there,” Herta explained. “So I was jumping out of the paddock to go up there and hang out with everyone. I have to catch up with a lot of people, actually. On the driver’s side, I got to meet Daniel Ricciardo; really outgoing, handsome guy. Obviously, I need to speak with Lando [Norris] a little. I hadn’t seen him for a long time. I have to talk to [Aston Martin team principal] Mike Krack whom I know from our time at BMW, so it was good to see him. I have to talk to [Sebastian] Vettel, whom I know from the Race of Champions. It’s good to see everyone.

“[Gainbridge CEO and Andretti Global backer] Dan [Towriss] was there, a lot of heavy hitters from the Guggenheim band, so it was really cool to meet them and obviously me and Michael were up there a bunch. I think this weekend was overall successful for both of us.