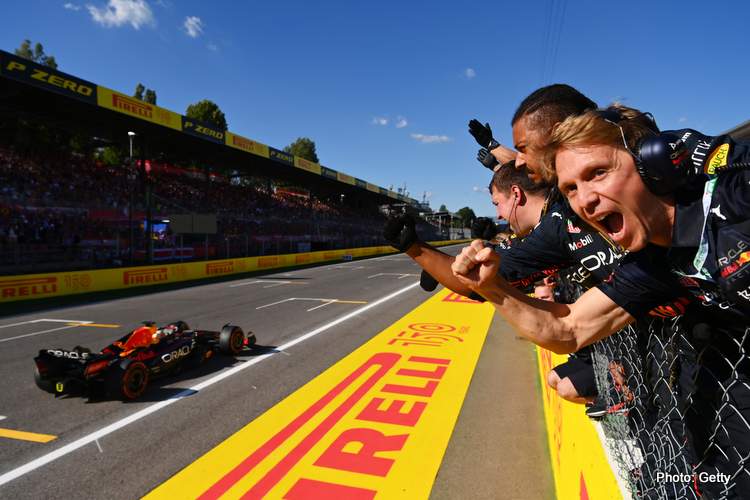 Red Bull team boss Christian Horner said it would be a “massive ask” for them to win the remaining six races on the calendar.

Horner’s statement comes despite the team winning five straight and closing in on the drivers’ and constructors’ championships.

Red Bull have won 11 of 16 races so far and Max Verstappen could wrap up the Formula 1 Title in Singapore early next month.

Asked if Red Bull could lead the table in the final weeks of the season, Horner told Autosport, “It’s massive demand and (there is) huge circuit variation.

“Singapore compared to Monza is the country with the most corners on the calendar. It’s bumpy, it’s a street track so it’s a much different challenge,” the Briton added in the post. interview published on Monday.

“We are in an excellent position in the championship. But we’re going to attack every race and do our best, and then the points will go away on their own.

“But you know, we were fast at Spa, Zandvoort, Monza and Budapest itself. So on various circuits the car handles really well,” he added.

The title battle will be over on October 2 if Verstappen scores 22 points ahead of Ferrari’s Charles Leclerc, his closest rival, in the next floodlight race in Singapore. (Reporting by Aadi Nair)