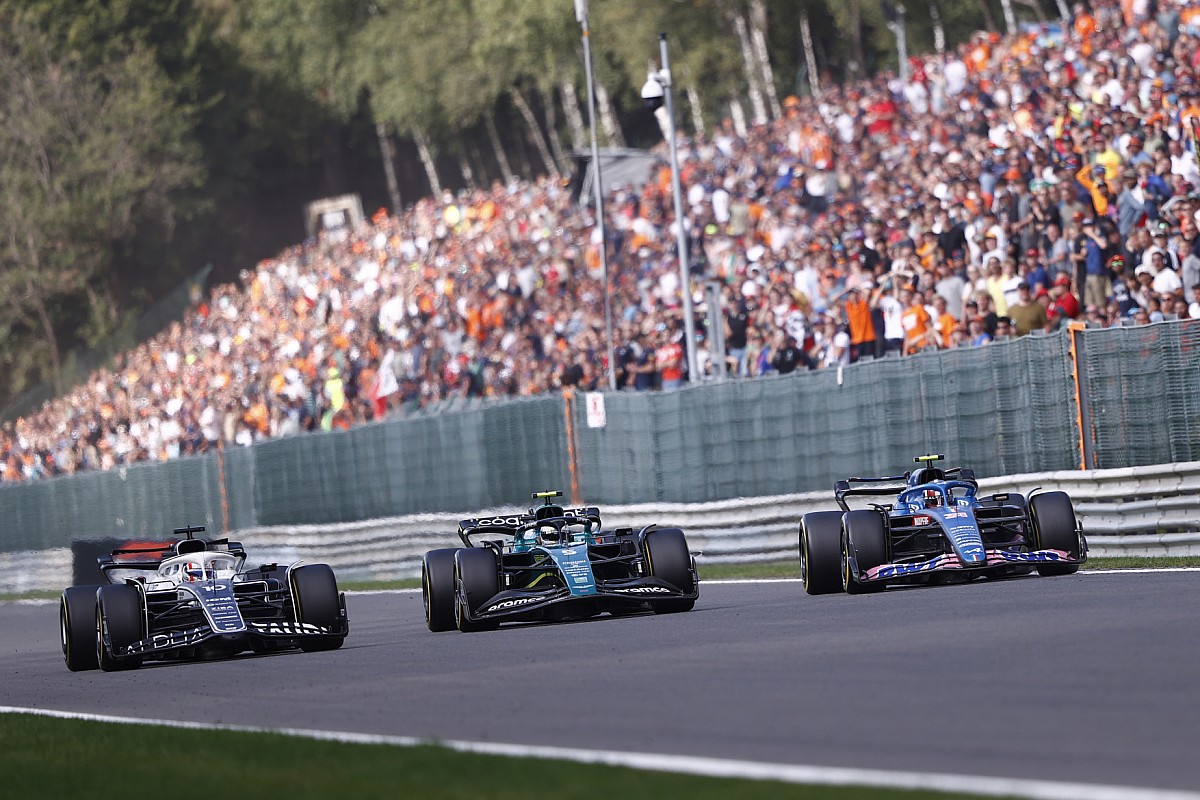 Ocon charged from 16th on the grid to finish seventh for Alpine at the Belgian Grand Prix, calling the performance “our best weekend of the year so far, and probably since I joined the team”.

Key to Ocon’s rise to power was the Alpine’s impressive straight-line speed, which also saw Fernando Alonso battle for the top of the standings in the early stages and eventually finish fifth.

Ocon had two double passes on his way back through the field, the first on lap 15 when he passed Daniel Ricciardo and Nicholas Latifi under braking in the bus stop chicane.

But the second was the one that really got the paddock talking as Ocon swept past Sebastian Vettel and Pierre Gasly at the end of the Kemmel straight.

Ocon began planning the move upon exiting The Source, noting that Vettel was overtaking Gasly too soon and would be without DRS in the long run.

He then used the tactic of a small lift on the run to Eau Rouge to open up the gap a bit, meaning he could maximize the slingshot effect at the top of the hill exiting the Raidillon before sweeping the two cars.

“I said to myself, the detection is there and he overtakes Pierre too soon, because he won’t have the DRS!” Ocon explained.

“From there I lifted the throttle a bit, pulled a bit of a gap so I could use the straight-line speed. And then the surprise and confirmation was that Pierre had DRS.

“I was able to go to the left side. Seb was very fair, he could have closed in a little on the left but he didn’t, and I managed to pass Pierre outside the turn 5.”

Vettel said he was “fighting unarmed” given the absence of DRS, leaving him powerless to stop Ocon from passing.

Ocon laughed when asked if he had watched any of Hakkinen’s videos recently, but revealed he had in fact spoken to the McLaren F1 great before the race.

“Mika came to talk to me before the race also in the paddock! It’s a good coincidence,” said Ocon, who realized the similarity of movements after the race.

“It was really fun. I enjoyed the race today, the car was extremely fast on the straights, so I was managing the right timing to know when to overtake.”

“From where we started I think 16th or 17th, I think we expected one point and we got six today. So definitely a good result for us.”