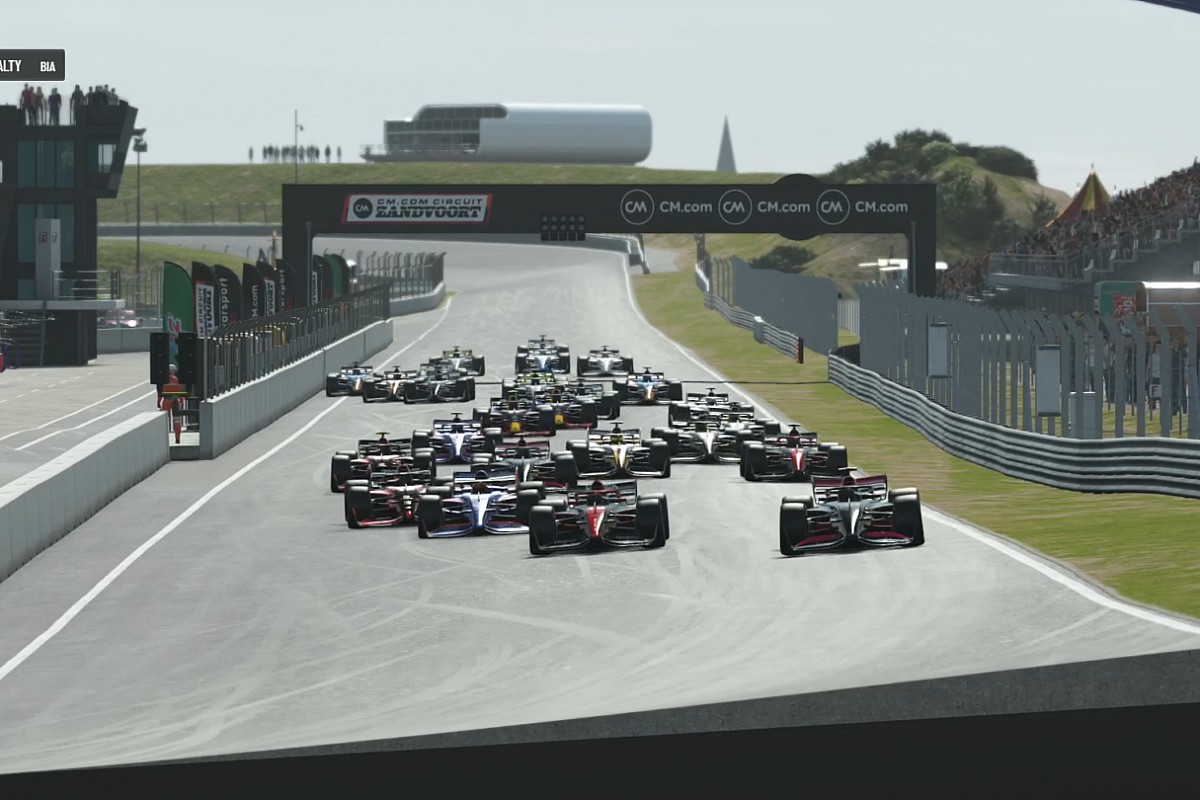 “Home always wins” is a quote from Ocean’s Eleven that is increasingly cemented as the subtitle of this inaugural season of the Formula Pro Series.

Even despite a rare mistake last time around at Indianapolis Motor Speedway, Bono Huis looked set to win the drivers’ title in his home round in Zandvoort, the Netherlands.

The recently redone track, recreated with love in rFactor 2, is a treat to watch the cars fly as we have all discovered at the first Formula 1 Dutch Grand Prix in almost 30 years.

It was hardly surprising that Mercedes-AMG’s shining star was the fastest again, although three other drivers ended up within a tenth of Huis. The very impressive Marcell Csincsik took second place with Erhan Jajovski and Jeffrey Rietveld in pursuit.

A particular intrigue surrounds the Championship of the Teams which remains wide open. The often mercurial Marko Pejic did well to place himself in front of Kevin Siggy respectively fifth and sixth.

With overtaking opportunities supposed to reflect reality by being hard to find, the start was understandably tense. Siggy was the big winner, jumping Pejic in sequence while the only major incident to be noted was in the middle of the field as Ibraheem Khan mingled with Jan Granqvist. The ensuing carnage would also take in Alex Siebel.

It wasn’t just the top of the team standings that was the center of attention at this point in the season of course. Relegation is looming for the outfits which finish last and second, with Formula Challenge their destination under the trap. Musto GD Esports was in desperate need of points deep in the game and initially Manuel Biancolilla looked to give them a positive day with a top ten spot on the grid.

Unfortunately, the Italian skipped the start leading to a drive-through slam dunk penalty; putting an end to any hope of finishing in the first ten points. The Jean Alesi Esports Academy was not doing much better as the safety gap surely seemed bigger than it had ever been for either group of drivers. The other Musto GD Esports rider, Giordano Valeriano, was not immune to trouble either, getting drawn into the lead battle under the blue flag. The result would see Rietveld overtake Jajovski for third place.

Over the following rounds, evidence accumulated to label Csincsik as the cork in a highly volatile pilots bottle. After some assistance with Jajovski, Rietveld put pressure on the Varga driver and managed – albeit with scary contact – to get through the first corners with 48 minutes remaining. The race that followed was frantic as a recovering Csincsik, fiery Jajovski and avid Siggy wowed the audience despite no further change of position.

However, all good things come to an end and this fantastic track did it in an explosive way. A mistake by Csincsik on turn 10 five minutes later was the catalyst for Jajovski’s slow exit. Siggy, still the natural predator, tried to catch the North Macedonian napping on Turn 11, but watched the steam inside too hot. The turn went to Jajovski, grabbed Pejic and Toman lost a front fin to top the company out of misery.

Csincsik came out unscathed as Burst Esports jumped for joy as both drivers were promoted to the top six with Risto Kappet. Among the first, the Estonian would be the first to stand up and launch the game of strategy. Seizing the moment didn’t really work for the now only rider in R8G, as fighting with Michi Hoyer limited his overall pace. Dennis Jordan passed Kappet before the other German made his way around Turn 10.

Risto’s returning group was going to rage until the very end of the race. Gianmarco Fiduci would lose his position in the face of an extremely impressive recovery from Siebel while brake pedal problems for the terribly unfortunate Kappet would see him concede three places. 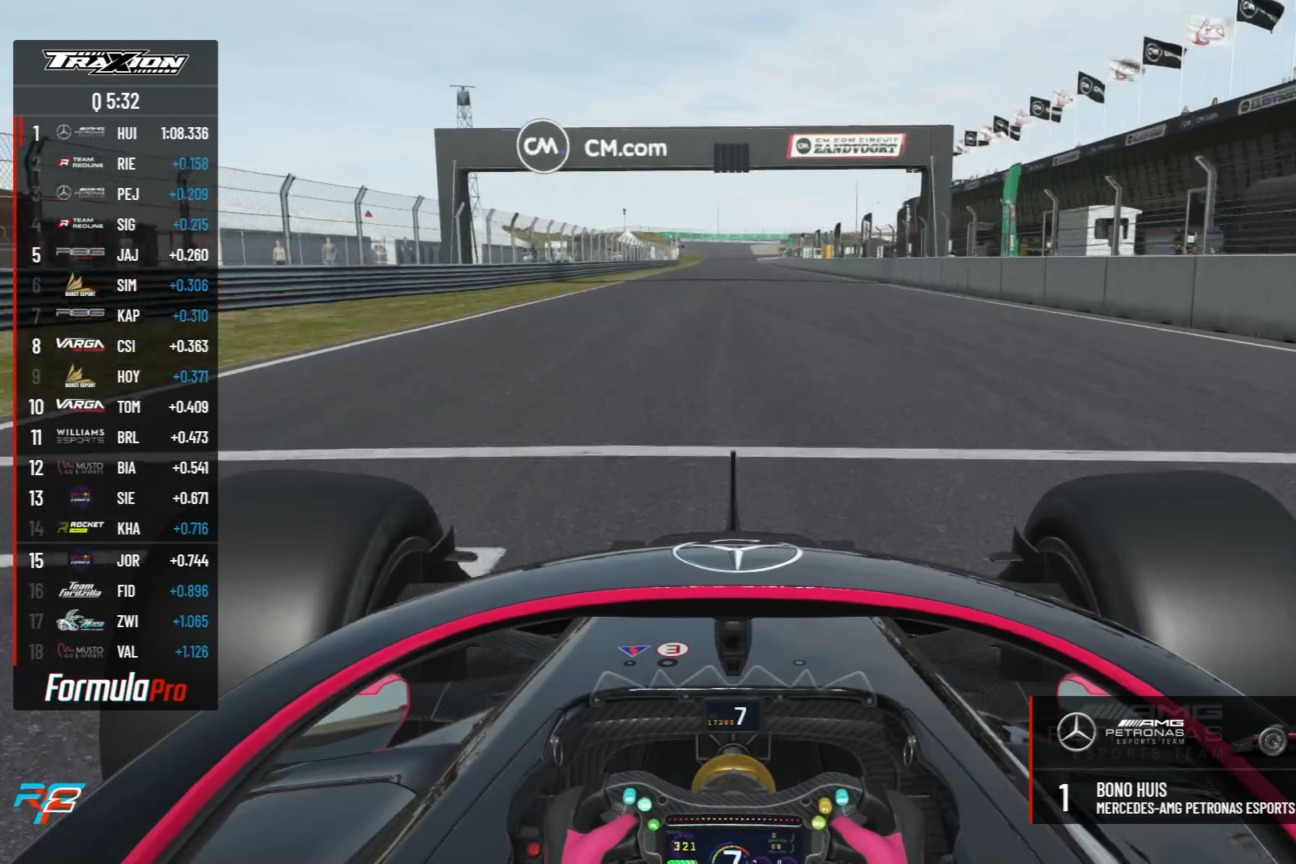 The first three were, however, completely undisputed after the Siggy incident. With Rietveld and Csincsik on the podium, Huis would win his fifth consecutive race and, with it, the very first Formula Pro Series driver’s title.

The championship moves to Monza, Italy in two weeks. On September 27, we’ll see if Mercedes-AMG Petronas Esports can maintain their slim advantage or if Team Redline can rally for one final push.