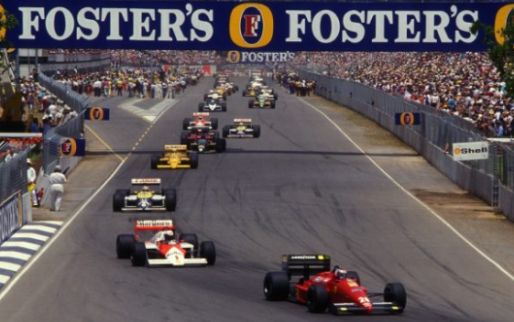 Adelaide City Council has for the moment stopped the demolition of the permanent 1.2 km section of the old Formula 1 street circuit. The circuit should make way for more green spaces in Victoria Park where is located the circuit.

“We all know the Formula 1 Australian Grand Prix put Adelaide on the world map in so many ways,” promoter Alexander Hyde said Motorsport.com. “This is of immense importance to the people of Adelaide and South Australia.” Some advisers have submitted a proposal for the tour to be placed on the Adelaide Heritage List. Various procedures will need to be completed before this happens.

Adelaide in the Australian Grand Prix

The Adelaide street circuit was on the Formula 1 calendar from 1985 to 1995. In 1985 it was also the first Australian Grand Prix which moved to Albert Park in 1996. Keke Rosberg won the first Grand Price in Adelaide with his Williams. Alain Prost, Ayrton Senna and Gerhard Berger have each won twice in Adelaide. Other winners included Thierry Boutsen, Damon Hill, Nigel Mansell and Nelson Piquet.

Wolff in the title race: “Mercedes has nothing more to prove”

Formula 1 staff must adhere to dress code in Saudi Arabia