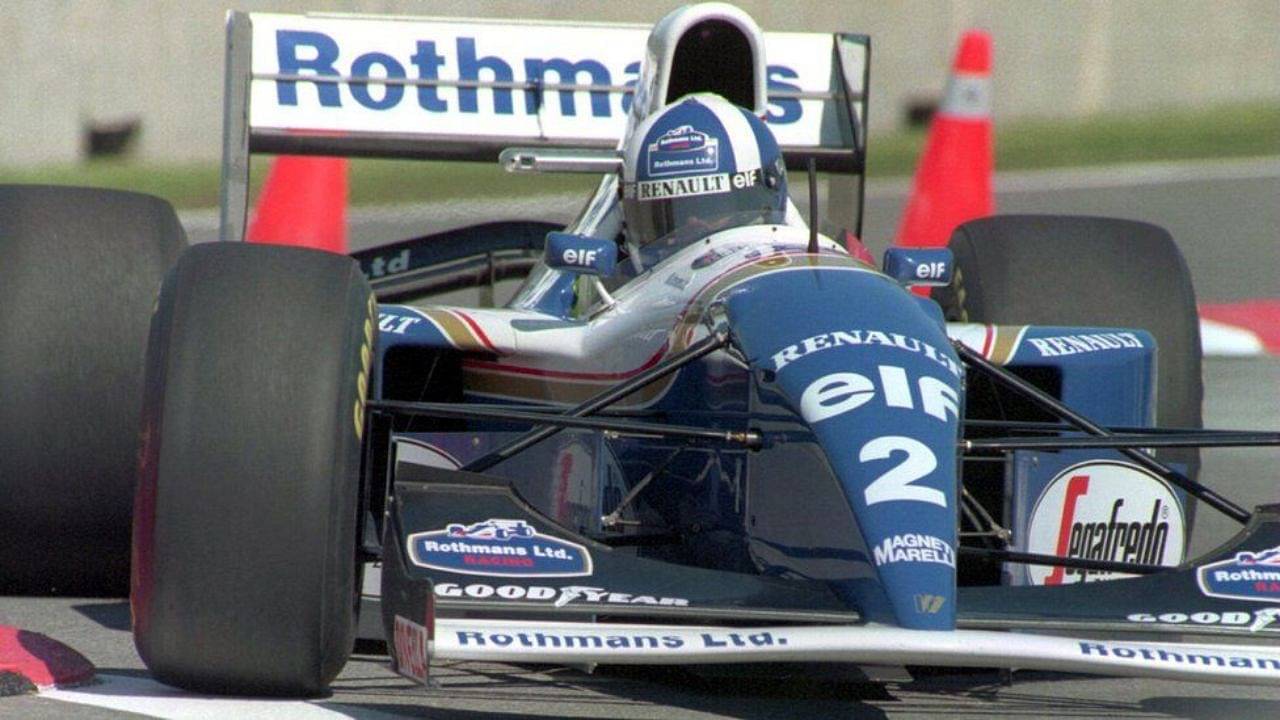 During the 1995 British Grand Prix, David Coulthard’s radio frequency picked up a signal from a taxi service requesting urgent pickup.

David Coulthard is a British racing icon. He won 13 races and raced for McLaren, Williams and Red Bull during his time in F1. Currently, he is an F1 commentator and expert.

David’s best time in F1 came with Mclaren. With them, he finished 2nd in the drivers’ championship ahead of Michael Schumacher in 2001.

He started his career with Williams in 1994 as a test driver. But after Ayrton Senna’s death at the 1994 San Marino Grand Prix, he replaced the three-time world champion. He stayed there until 1995 before moving to McLaren.

But while racing with Williams in the 1995 British GP, he received a rather bizarre request. David started 3rd on the grid. And after the first lap, he moved up to 2nd, behind Michael Schumacher’s Benneton.

David recounted the incident in his blood, “The winning formula”. He was focused on claiming a win in front of his home fans. And the Scottsman was going strong and fast. And suddenly he got a message on his radio, “Dave, Dave?”

Coulthard was surprised. He was called DC in the paddock and by his team members, who didn’t know who was calling him. Still, he responded and received an immediate response.

The message continued: “Okay, Dave, can you do a 2.30pm pick-up in Towcester?” It turns out that a local taxi company has picked up the radio frequency of his F1 car.

DC politely declined the request, saying, “Sorry I can’t, I’m a little busy right now!” He finished the race 2nd despite an electronics problem and a speeding penalty in the pit lane.

Why did David Coulthard’s radio pick up other signals?

What happened with David Coulthard in the 1995 British GP was an anomaly. But such frequency interceptions are common in radio communications.

F1 teams use radio communication aggressively. Each car is equipped with a radio device which allows the pit wall to talk and collect feedback from the drivers and vice versa.

Lap 36, Mika Hakkinen hears a radio call to the pits, but no one from McLaren is ready, causing him to lose his mind. In the closing stages, his McLaren teammate David Coulthard moved on which gave Mika his 2nd win. It was also Bridgestone’s first GP victory. Australian GP, ​​8 March 1998 #F1 pic.twitter.com/jJAx4Tj69j

This is crucial in creating a winning strategy. Drivers learn how to use engine modes, save battery, save tires or pick up the pace and frame the pit stop over the radio. It is also used to tell mechanics in the garage that a car would come to make a pit stop.

Cars are tuned to a unique frequency for each car on the grid. A device is installed in the driver’s helmet to allow him to hear and speak during the race. Along with this, a team can have different channels for different communication purposes.