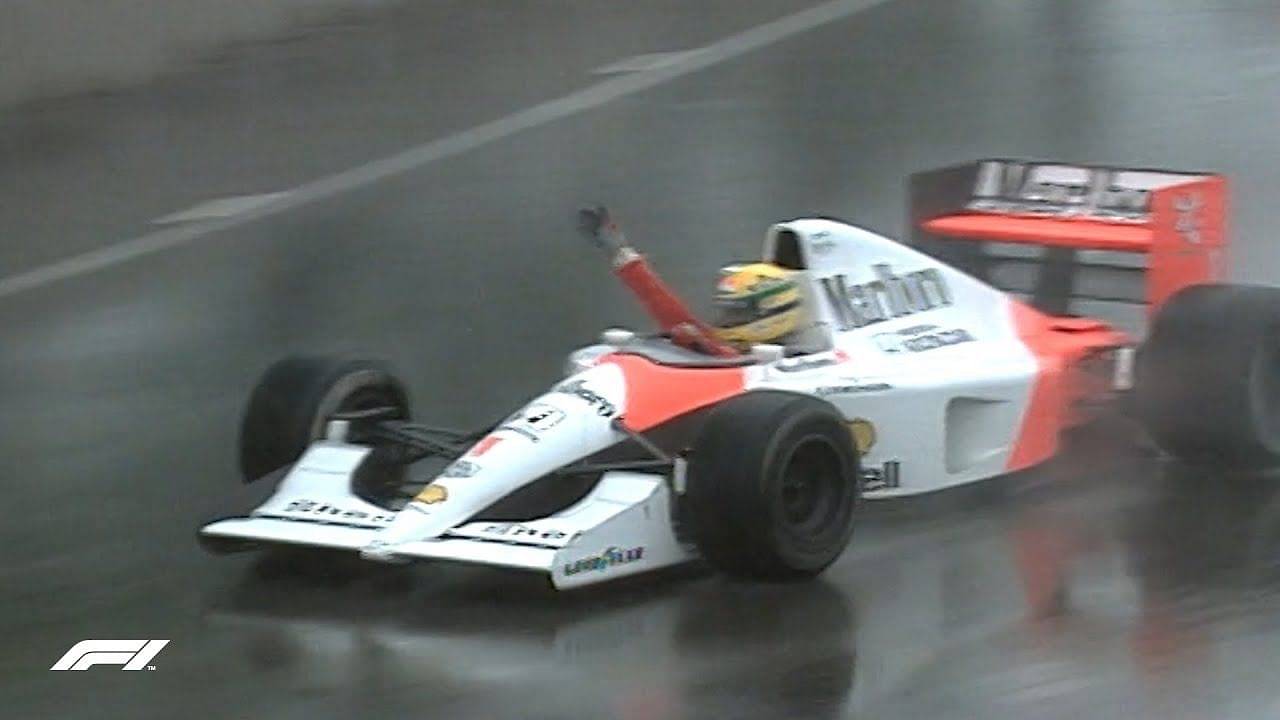 Let’s take a look back at the second-shortest race in Formula 1 history that gave Ayrton Senna his third championship and hospitalized Nigel Mansell’s retirement.

The 1991 Australian Grand Prix held at the Adelaide Circuit is the second shortest race in F1 history just behind the 2021 Belgian Grand Prix.

Wet weather greeted the drivers and team in Adelaide. Aryton Senna had already won the championship ahead of Nigel Mansell. However, the fight for the constructors’ championship was still ongoing between McLaren and Williams.

The day before qualifying, Senna put in a stellar lap and secured pole position ahead of Gerhard Berger and Nigel Mansell. Whereas Ferrari fired Alain Prost after complaining that the Ferrari642 behaved like a truck. Italian driver Gianni Morbidelli replaced him for the race.

After a slippery start, Mansell started to close in on the Brazilian and the fans were excited for the duel. However, fans were disappointed with the aftermath as the race was yellow flagged due to incidents. Five drivers including Michael Schumacher, Jean Alesi abandon the race. It became very difficult for the drivers to see as the rain kept increasing.

It was Nigel Mansell’s last race in Formula 1 and he spun twice. However, he passed Barger for second position but then crashed. He was taken to hospital and told the media: “Everything was fine except it was a complete joke. I mean there was debris everywhere. My head hurts like it’s there was no tomorrow, so I probably had a little concussion”.

There was no sign of the rain stopping and conditions were getting worse. With the drivers turning around, Ayrton Senna asked race officials to stop the race as he waved furiously on the track.

Today was even worse! – Ayrton Senna

The Brazilian eventually won the race followed by Nigel Mansell and Gerhard Berger. The Lion was unable to attend the podium celebrations as he was still in hospital.

The FIA ​​announced that half points were split between the drivers as the race had only 16 laps. Berger and Senna admitted the Constructors’ Championship battle was the only reason they started racing.

The world champion added: “The biggest mistake we made was starting the race. I don’t think it was a race, it was just a matter of staying on the track, and there was no point in trying to go fast.

“It was impossible! We had a race, a very bad one, here a few years ago and then it was impossible and today it was even worse! There was even more water on the straight rear,” he concluded, describing his experience during the race.