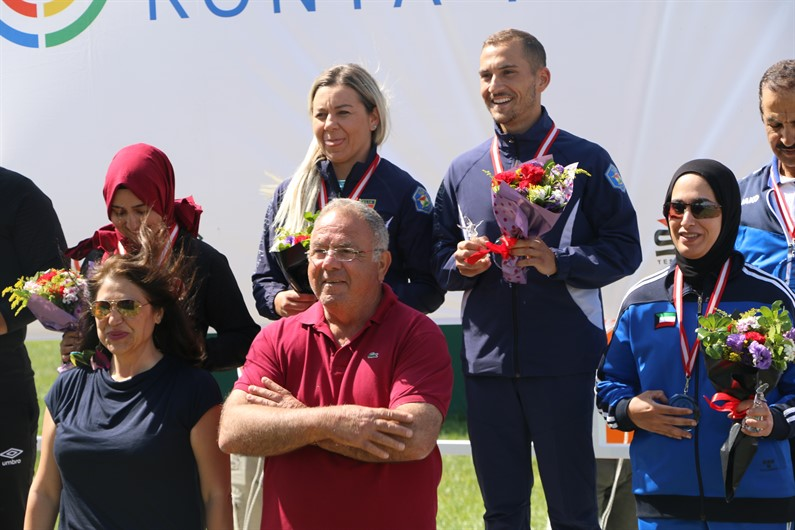 Elia Sdruccioli and Katiuscia Spada shone in the competition. To bring glory to the country, they shot and won the mixed team skeet final. The 6-2 victory over hosts Mustafa Serhat Şahin and Nur Banu Ozpak gave Italy a magnificent opportunity to bring a gold medal to their country.

A great performance was displayed by Sdruccioli in the decisive duel. She did not allow herself to miss a single one of her 16 targets in four rounds.

Both teams tied in the first round. World silver medalist Spada and Sahin both deflected a shot.

The second round repeated the same scenario bringing the score to 2-2.

A breakthrough came in the third when the Italians shot perfectly as Sahin and Ozpak unfortunately missed the target and gave their opponents points (2 points).

The Turks then capitulated at the end of the final round and missed three times, thus losing all chances of equalizing.

Eman Al Shamaa and Abdullah Al Rashidi of Kuwait won the first bronze medal in a duel with a score of 6-4 against Javid Hasanov and Rigina Meftakhetdinova.

When the final result was declared, it was observed that Kuwait topped the medal table with three golds, two silvers and one bronze while Turkey was second with one gold, two silver and one bronze.

Italy was in third place with 1 gold medal and two bronze medals.

The next ISSF Shotgun Grand Prix is ​​scheduled for Almaty, Kazakhstan from July 28 to August 8, 2022.