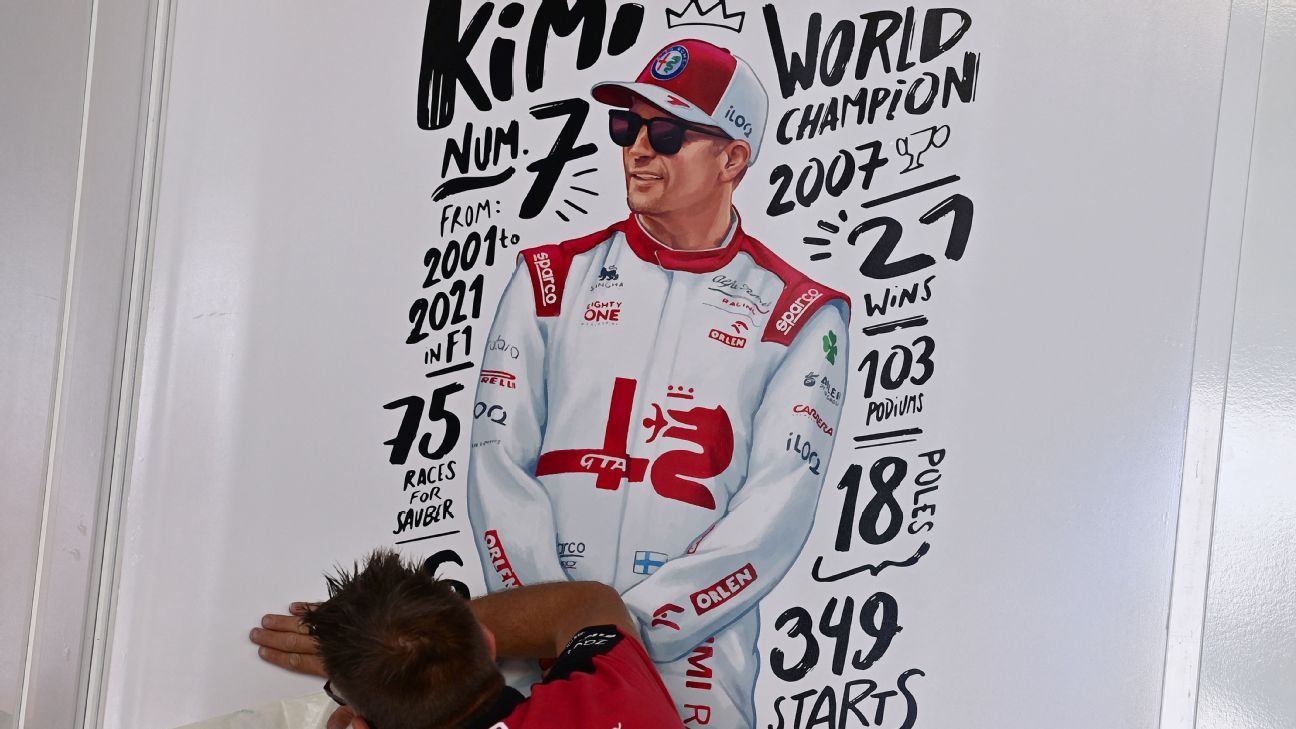 Kimi’s farewell, Alonso racing with ‘El Plan’ on the wing

ABU DHABI – This preparation for this weekend’s Abu Dhabi Grand Prix was dominated by Max Verstappen and title maker Lewis Hamilton, but there is a lot going on in the paddock worthy of attention.

As the last race of the current season, the race marks the end of several things, including the Formula 1 career of the sport’s most experienced driver, Kimi Raikkonen.

Raikkonen is known to be pretty straightforward about most things – the prospect of his last race seems like another.

His press conference on Thursday went as one would expect. He joked yesterday, his wife Minttu will probably be more upset than him.

Alfa Romeo is sending a farewell message to the 2007 world champion on his car this weekend and has a mural on his garage paying homage to him.

In a unique move not normally seen from active driver to active driver, Raikkonen’s teammate Antonio Giovinazzi – who also faces what is likely his last F1 race after signing to race in Formula E next year – wins the title of Finnish 2007- winning helmet to mark the occasion.

Williams has a new sponsor this weekend. The team has partnered with 20th Century Studios to promote the upcoming King’s Man film at the Abu Dhabi Grand Prix, ahead of its UK release on December 26.

George Russell, who was competing in his last race before replacing Valtteri Bottas at Mercedes next year, had a chance to dress for the pit lane game ahead of the weekend.

The King’s Man logo can be found on the Halo and on the side of the car.

Russell is also one of many riders wearing a unique helmet for this weekend’s race – it is a white cover covered with personal messages from fellow Williams during his farewell race.

Fernando Alonso has made numerous references to â€œEl Planâ€ this year. The phrase is on the back of Alonso’s car this weekend.

It’s time for our last workout of the year! ??

He didn’t specifically explain what it is, but it comes from his Kimoa clothing line which is releasing a shirt with the slogan “Trust the plan” on it.

The Kimoa site specifies “Fernando Alonso and THE PLAN which we have been talking about for a few months on social networks, in the grand prix stands, in the forums, behind the scenes of the paddock … Trust THE PLAN, it’s already In progress… “

One last dance for the 13-inch Formula 1 tire