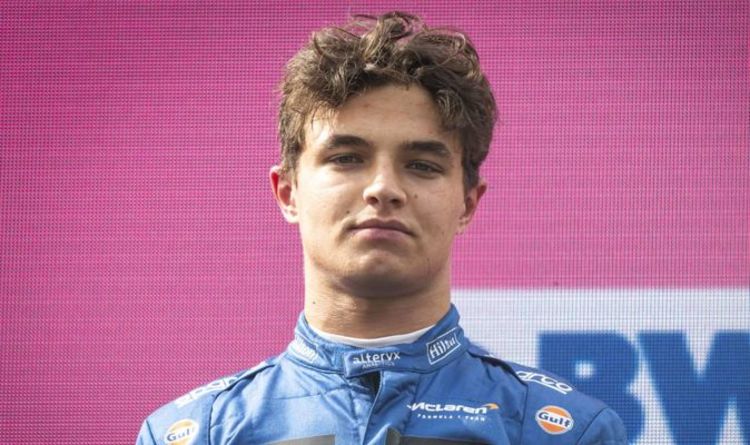 Lando Norris says he is ‘fine’ and is focusing on this weekend’s British Grand Prix after being assaulted outside Wembley on Sunday. Norris was attacked by two men and had a watch worth £ 40,000 stolen after England’s final loss at Euro 2020 on penalties to Italy.

The incident happened in the Wembley car park after England were beaten 3-2 on penalties after a 1-1 draw in the tournament final.

The 21-year-old had a watch donated by McLaren confiscated and was “naturally shaken”, according to a statement released by his team.

The assault was documented and is currently under investigation by police, who made 53 arrests at Wembley after a spate of security breaches on Sunday.

Norris watched the game as a guest at a corporate box at Wembley before being caught in the trouble which sadly overshadowed the game.

He is fourth in the Drivers’ Championship ahead of the British Grand Prix at Silverstone this weekend and he can’t wait to get back to racing.

JUST IN: UEFA blames FA for fan chaos between England and Italy

“McLaren Racing can confirm that Lando Norris was involved in an incident, following the Euro 2020 final match at Wembley, in which the watch he was wearing was taken,” they said in a statement.

“Fortunately Lando is unharmed but he’s understandably shaken. The team is supporting Lando and we’re sure racing fans will join us in wishing him the best for the British Grand Prix this weekend.

“As this is now a police matter, we cannot comment further.”

Norris finished third at the Austrian Grand Prix on July 4 to come close to three points behind Red Bull’s Sergio Perez in the standings.

It was the Briton’s third podium so far this season. He will look to build on his recent good form when the British Grand Prix kicks off on Friday before Sunday’s race.