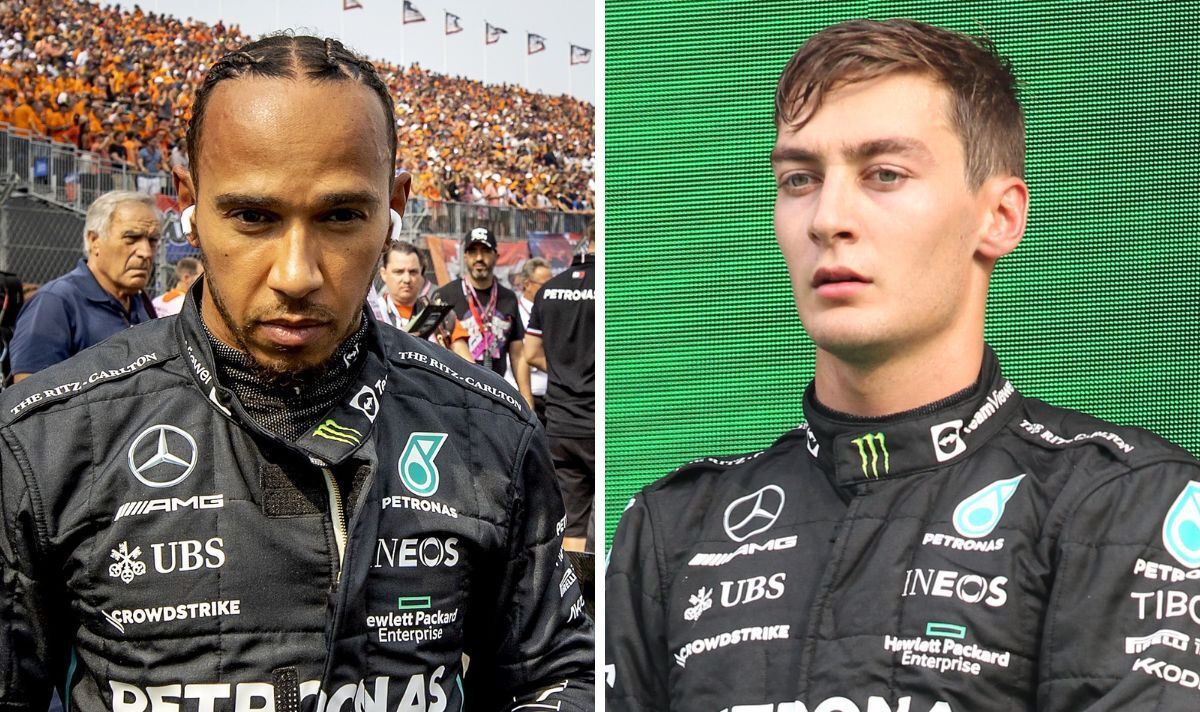 Lewis Hamilton gave George Russell the cold shoulder in a tense moment after the Dutch Grand Prix, with the seven-time world champion only managing fourth at the end despite leading with just over 10 laps to go. Hamilton was furious on team radio in the final laps of the race, accusing Mercedes of ruining his race entirely.

And he clearly had a resentment towards team-mate Russell, who came in for the softs at the end and left Hamilton exposed to Max Verstappen on the restart. The British superstar was powerless on the restart to hold Verstappen at bay, with the Red Bull driver quickly reclaiming the lead into the first corner.

Russell then only needed a few laps to bring Hamilton back to third before the latter’s race was further complicated when Charles Leclerc was able to take him for the final podium spot. Sunday’s race was expected to be a close affair with Red Bull, Mercedes and Ferrari all keeping pace with each other over the weekend.

Max Verstappen dominated at Spa last weekend, but was up against him this time around on his home track and looked one stage away from Hamilton’s race to lose. Mercedes had pitched Hamilton on the middle tyre, indicating they were opting for a one-stop strategy.

Red Bull and Ferrari were then powerless against Mercedes’ dominance, with Hamilton and Russell knocking out their rivals as they clashed for the second time. Verstappen stayed on the sidelines and found a huge fortune when Yuki Tsunoda pulled over to the side of the track to pull out a virtual safety car.

Both Verstappen and Hamilton then took the opportunity to pit, but VSC allowed the Dutchman no time to waste and essentially earned a free pit stop to retain the lead. That seemed to be the end with Hamilton forced to chase Verstappen on the middle compound with 20 laps to go.

But the race would get even worse for Hamilton after Valtteri Bottas stopped on the track at the end of the pit straight. A full safety car was deployed with Verstappen entering the pit for softs.

Mercedes originally saw an opportunity to keep Hamilton and Russell out, pushing them ahead of Verstappen for the end of the race. The Mercedes duo were both on mediums meaning they were going to face a battle to keep Verstappen behind.

But in a bizarre turn of events, Mercedes allowed Russell to fight on softs after the 24-year-old complained on team radio. Hamilton was apparently unaware originally, but meant Verstappen was behind him on the restart instead of team-mate Russell.

And he launched a furious rant on the team radio accusing Mercedes of ruining his race. “I can’t believe you guys **** me, I can’t tell you how **** I am,” he shouted over team radio.