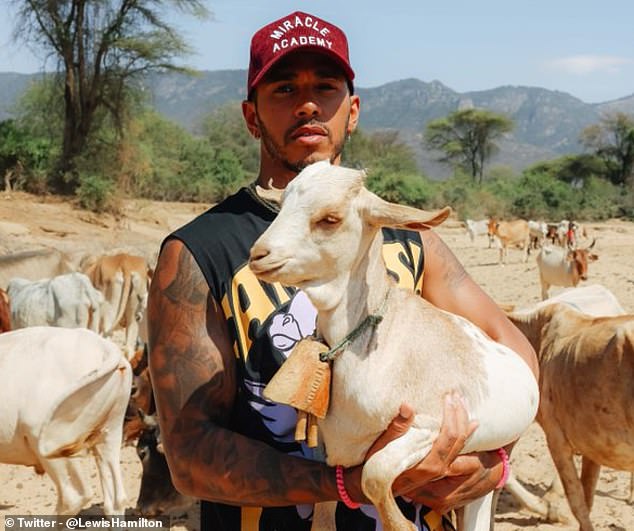 By Henry Tomlinson for Mailonline

Lewis Hamilton had a great time during the F1 summer break as he spent some of his time away from the track in the African country of Rwanda.

The 37-year-old posted photos of himself on Twitter exploring all the country has to offer, including making a ‘new best friend’ in a goat he can be seen holding in one of the photos .

He said of the country: “Rwanda is really so beautiful. Thank you for receiving us. I can not wait to return.

Hamilton has struggled to repeat the same success he has already had on the track so far this season as he currently sits sixth in the Drivers’ Championship on 146 points, 112 behind leader and Red Bull driver Max Verstappen.

His team, Mercedes, is currently third in the constructors’ championship behind Ferrari and first Red Bull.

So far this season there have been 13 races in 20 weeks before the start of the summer break after the Hungarian Grand Prix in which Hamilton finished in second place behind Verstappen.

F1 teams are set to return to the track later this month as they meet for the Belgian Grand Prix at Spa-Francorchamps from August 26-28.

Hamilton, who may be starting to consider retirement, recently admitted he will remain interested in the sport and doesn’t want to be a retired driver who hunts down riders.

‘I always want to be someone who is positive towards the drivers that are here, good or bad, because you know how hard it is to start, and how bad it can be and how the days can be good and how people can be negative about you.

“I never want to be one of those riders who does that, because we’ve been through it.”

Christian Horner: 24-race F1 calendar is ‘on the limit’